Get your romance on! 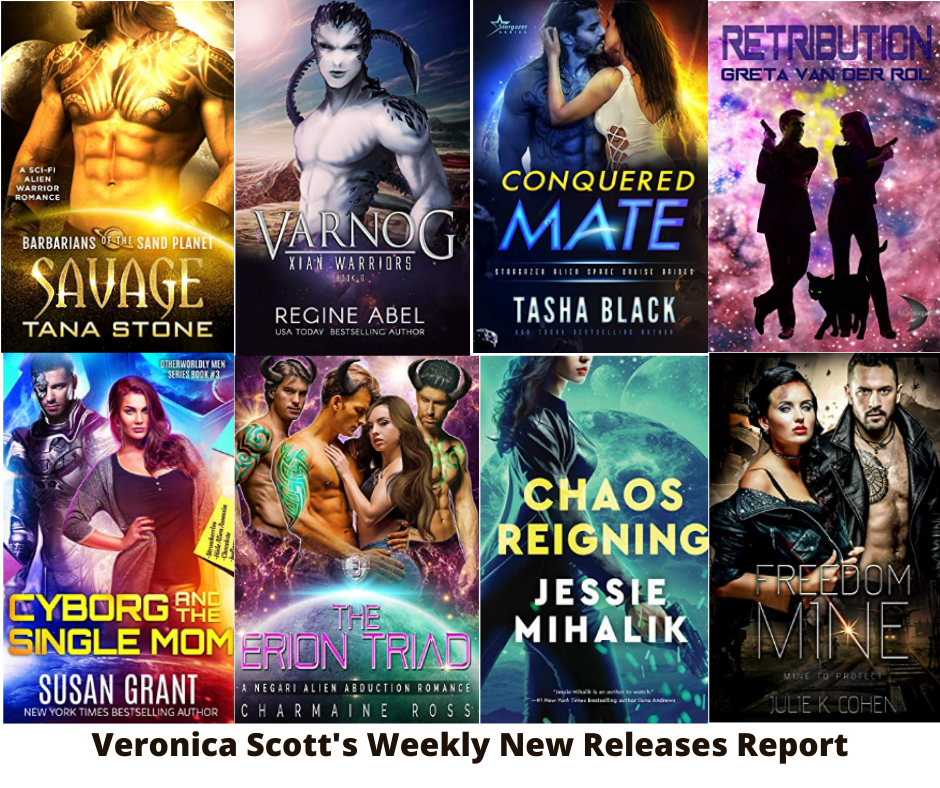 Here’s a teaser for this week’s first three books (jump to the blog to see the approximately 70 titles featured this week): 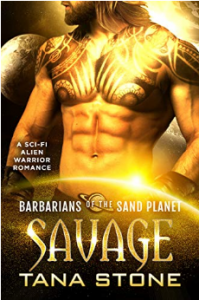 SAVAGE (BARBARIANS OF THE SAND PLANET BOOK 5) by Tana Stone

Waking up with a gorgeous alien barbarian and discovering he’d kidnapped her was bad enough. But she’s also trapped in the middle of a desert where no one can find her. The cherry on top? No matter how much Caro protests, he’s convinced she’s his fated mate. And he won’t let her go until he’s claimed her. Caro thought the Dothveks who helped them when they crash-landed on the planet were big and brawny and intimidating. But the barbarian who kidnaps her is even scarier. He’s a disgraced Dothvek who’s been exiled from the clan for murder, and he’s been living by himself in the desert. Apparently, he thinks she’s his to take. Not if she has anything to say about it.

Rukken has been by himself on the sands for years when he hears of the human females living with his former clan. The moment he sees Caro, he knows she’s meant to be his mate. Too bad she isn’t convinced. He’ll just have to keep her hidden until she realizes she belongs to him. Even if it means tying her up. If only he could restrain his own desires as easily as he can restrain the small female. 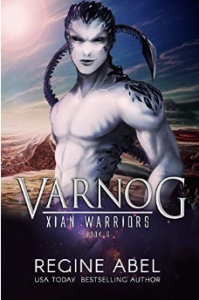 Created to be a mindless, bloodthirsty monster, Varnog chose to live an honorable life instead. From the day he joined the Vanguard, he’s only had eyes for one female. Petite and delicate in appearance, she awakens his protective instincts and a deep longing for something he can never have. However, his Linette has no need for protection. The elite pilot and Senior Officer of the Vanguard kicks ass and takes names with the best of them. With the final war against the Kryptid General looming on the horizon, he and Linette are called upon to help prepare the Vanguard and their allies for that ultimate confrontation.

But how can he when his every instinct demands he slaughters those he has pledged loyalty to? How can he persevere when many among the Coalition perceive him and his brothers as no more than the parasites they were born to be? What hope is there when claiming the one female to have ever touched his heart could turn her into an even greater abomination than he believes himself to be? 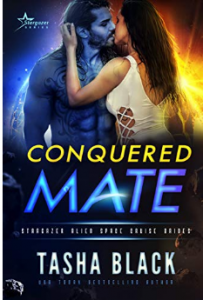 Rose Mendez just ended her military career in the Terran army. Now, instead of working on her home planet, where desperate citizens are tormented daily by Cerulean forces, she’s landed her dream job of running the beautiful hydroponic farm on a luxury spacecraft. When the captain pulls her off the farm and puts her on guard duty protecting a Cerulean prisoner, she’s beyond resentful of the big blue warrior she has to babysit.

Rex Tylarr happily left behind his brutal days in the Cerulean army, and has spent years loyally protecting the staff and guests as Head of Security on the Stargazer II. When he has to turn on his own people to protect a VIP guest from a Cerulean uprising onboard, he winds up jailed with the rest of the Ceruleans. For his own safety, the captain of the ship decides to put him under house arrest instead, with a curvy little hydroponic farmer who seems to hate him with a white-hot passion. Rex can’t help wondering if he’d have been better off taking his lumps in the cell. But when dangerous chemicals go missing and strange creatures are spotted prowling in the ship’s forest, Rex and Rose have to put their differences aside to save the ship and its passengers. The trouble is that each new twist of the unfolding mystery binds them closer together and makes it harder to ignore the sizzling attraction that irresistibly tempts these enemies to become lovers.

A round up of the latest and greatest! Check out those abs!

You’ve probably got time to get hot and bothered now!

A Little Game of Catch

Talus and the Frozen King by Graham Edwards

Elusive trigger for cooling 13,000 years ago might have been found | Ars Technica