2020 D.I.C.E. Awards
Untitled Goose Game now has a name — Game of the Year – bestowed by The Academy of Interactive Arts & Sciences (AIAS). The Goose also won the Outstanding Achievement in Character category when the 23rd Annual D.I.C.E. Awards winners

Pixel Scroll 2/13/20 Doctor Pixelstein’s Scrollster – or The Filing Prometheus
PSYCHICHISTORY. I can’t read minds, but I can read blogs. Camestros Felapton took up the literary question of “How to be psychic”. Are psychic powers a trojan horse from the world of magic that have snuck into science fiction?

Pixel Scroll 2/12/20 The Tickbox Shops Of Isher
BLACK HISTORY MONTH. At the PowellsBooks.Blog: “Black History Month: What’s New in Sci-Fi and Fantasy”. One of the more exciting publishing developments of recent years has been the increased support for science fiction and fantasy books written by authors

And I’d Do It Again
By John Hertz: – is the title of a 1936 memoir by Aimée Crocker (1864-1941), among much else eventually Princess Galitzine (sometimes spelled “Golitsyn”; geležìs is “glove” in Old Lithuanian, a prince wore an iron glove at the 1514 Battle of Orsha; “The prince

Pixel Scroll 2/11/20 I Saw A File Drinking A Pixel Colada At Trader Vic’s. Its Scroll Was Perfect
SIGNS OF THE TIMES. A GoFundMe asks donors to “Help fund ASL Interpreters for Boskone”. Boskone has a deaf attendee who would like to attend and providing ASL Interpreters is not in our budget. They have contracted to get

2019 Analog AnLab Readers’ Award Finalists
Analog magazine has posted the works from 2019 that finished in the top five slots in each category of the Analog Analytical Laboratory. The winners will be revealed in Analog’s July/August issue. There are links to PDF files (where provided)

2020 Asimov’s Readers’ Awards Finalists
The top five choices for Asimov’s 34th Annual Readers’ Awards Poll are online. There are links that will allow you to read all the finalists. The winners chosen by readers will be revealed at a later date. BEST NOVELLAS Gremlin—Carrie

Pixel Scroll 2/10/20 Universe Error: Not Enough SF Resources Found. Reboot Universe? Y/N
BUSIEK TALKS ABOUT NEW SERIES, THE MARVELS. “Anyone. Anywhere. Anytime.” That’s how acclaimed writer Kurt Busiek describes his new ongoing series, The Marvels. Busiek said in an interview with Marvel.com — The whole idea of The Marvels is to

2019 BSFA Awards Shortlist
The British Science Fiction Association has announced the shortlist for the BSFA Awards for works published in 2019. The awards will be presented at the 2020 Eastercon, Concentric, taking place in Birmingham, UK from April 10-13. The shortlisted works are:

2020 Rondo Awards Nominees
Online voting has begun for the 18th Annual Rondo Hatton Classic Horror Awards. You’re invited to vote for your favorites in any or all 30 categories. Click the link for instructions and the complete ballot. The deadline to participate is … 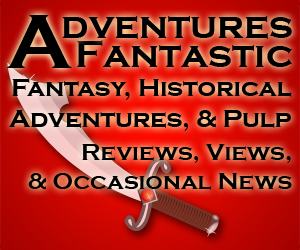 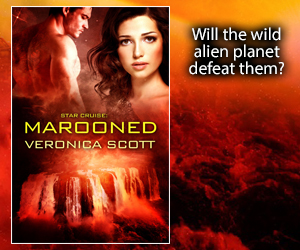