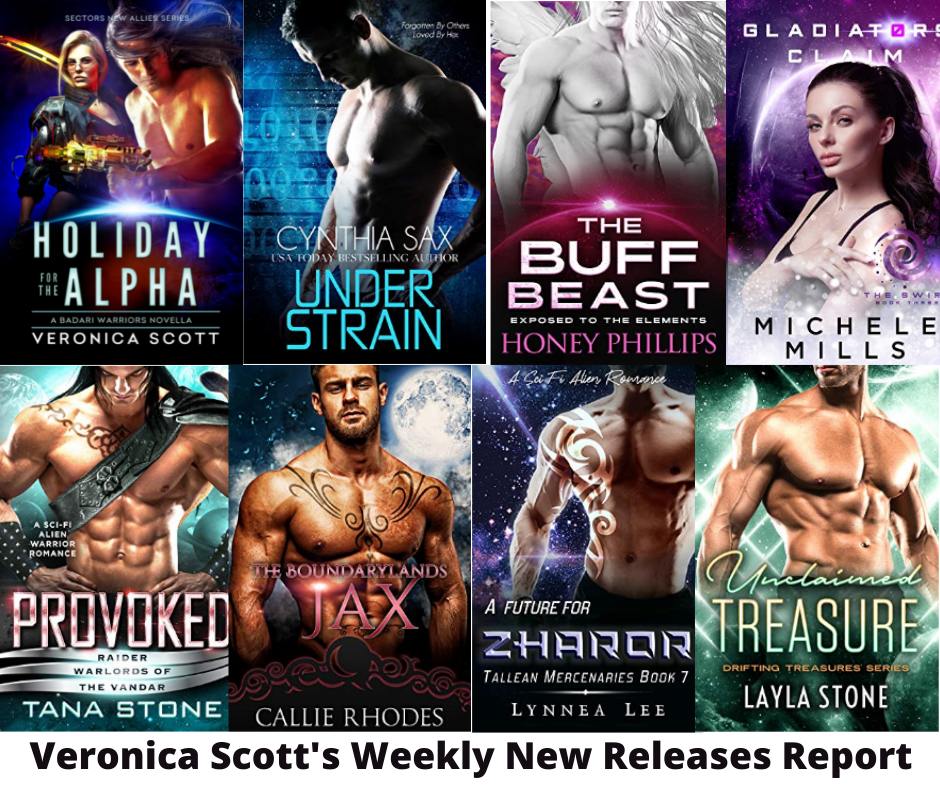 Here’s a teaser for this week’s first two books (jump to the blog to see the approximately 75+ titles featured this week): 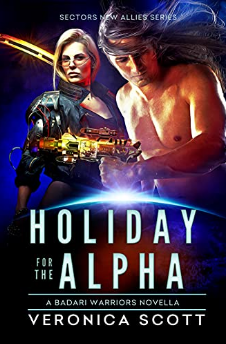 HOLIDAY FOR THE ALPHA: A BADARI WARRIORS NOVELLA by Veronica Scott

Daegan, the Alpha of the South Seas pack, is under a lot of stress and a near disaster in the sanctuary valley pushes him to a breaking point. Flo, his ex-mercenary human mate, knows he needs rest and relaxation but what kind of a holiday can a Badari Warrior take? She thinks she’s found a solution extreme enough to satisfy even her intense mate if she can just get him to agree to step away from his duties for a few days. Will Daegan agree to the idea? 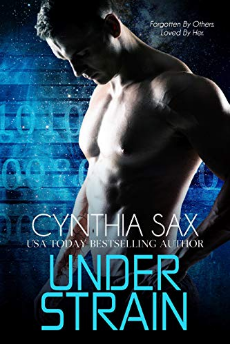 VS Note:  Cynthia is one of my favorite SFR authors! Had this pre-ordered.

Strain is severely malfunctioning. The D Model cyborg was the sole survivor after a horrific decision was made by his cruel manufacturers. He hates all humans, and when he attacks one who is under his cyborg leader’s protection, he is reprimanded, stripped of his weapons, and told to watch and not actively participate in the next mission. That mission takes place on a small remote planet. Its lush terrain should only be inhabited by the cyborgs they were sent to rescue, but Strain senses another presence on the surface. She is watching him, tracking him, hunting him. A fully operational cyborg would end her lifespan. Strain wants to claim her. Forever.     Kamyelle is the only one left of her kind. Warriors have killed the other nonviolent human inhabitants of her planet. She survived…barely…by hiding in the trees, observing her enemies, and covering herself with lifeform scan-concealing mud.

When a handsome, gray-skinned, brilliant-blue-eyed male arrives, surrounded by weapon-carrying warriors, she has to save him. Warriors harm and they kill. That is what they do. She won’t allow them to hurt Strain.

UPV / EHU Faculty of Science and Technology calls for submissions to the XXXII edition of the Alberto Magno Literary Science Fiction Competition: Eduardo Gallego and Guillem Sánchez announce a new novel in their Unicorp series

Celsius 232 festival guests, and a new issue of Tentacle Pulp

Review: I, Rene Tardi, Prisoner of War in Stalag IIB by Jacques Tardi

So Who is the Doctor?