Get your sci-fi six packs here! 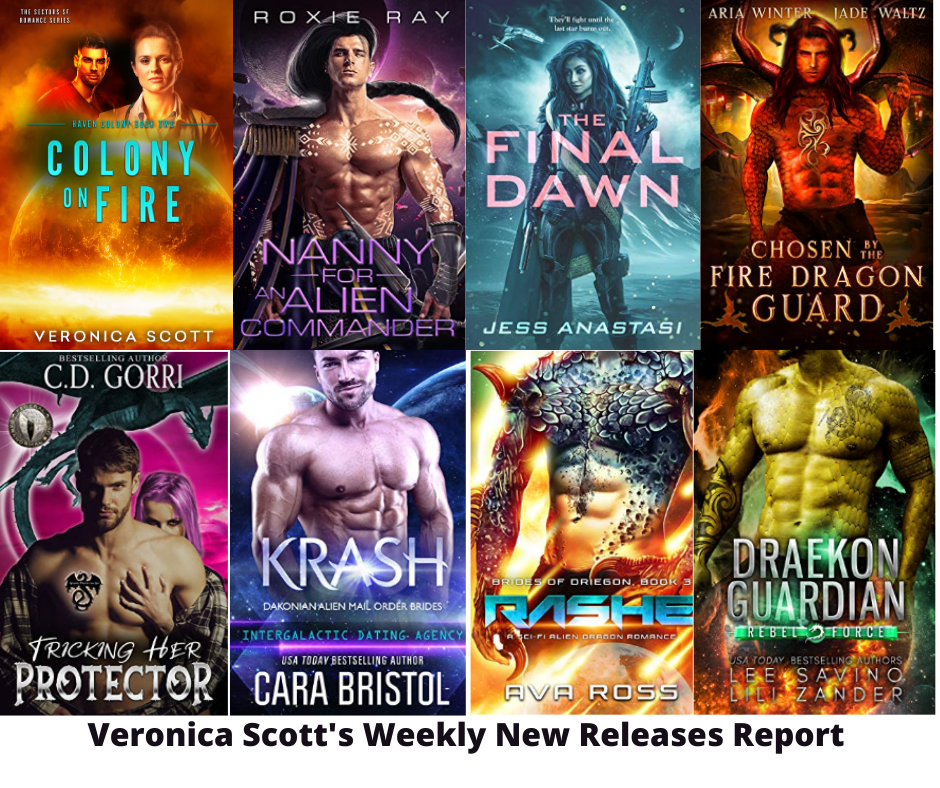 Here’s the weekly post from my author blog on the new releases I found to be of interest in my three favorite romance genres (which are also the ones I write in!), and related areas such as time travel, steampunk, paranormal cozy romances and more. I do sometimes cover other releases of note in science fiction and fantasy. I also have a new release this week!

Here’s a teaser for this week’s first book (jump to the blog to see the approximately 80 titles featured this week): 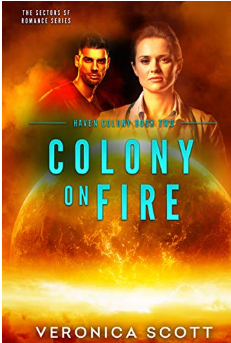 When she came to Haven Two Dr. Saffia Mandell expected to grimly do her five years of medical service as the colony’s only doctor, work off her medical school debt and leave. Then she’d fallen in love, handled an epidemic and become an accepted member of the community. Now, in her second year, she faces new challenges as the tinder dry planet heads into a fire season and a mysterious food allergy threatens the local restaurant’s reputation.

Chief Ranger Micah Navonn of the Calinurra never expected to fall in love with a human woman but Saffia was a special person who captured his heart and now means everything to him. Not all of his people are as enthusiastic about the situation and his efforts to handle the politics are getting complicated. Add to that an infestation by insects from another world, causing portions of the forest to die off and his plate is full.

When the jet stream shifts course and the fires rage, will the colonists and the Calinurra set aside their differences? With Saffia’s life hanging in the balance, can Micah arrive in time to save her and the colonists in jeopardy? 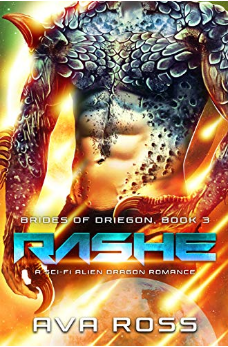 She’s looking for happily-ever-after. He doesn’t dare touch her. But with her life at stake, he’ll sacrifice everything to protect her. Kristy: Chosen for the Driegon bride selection, I’m confident I’ll meet the alien of my dreams. I don’t expect to find true love, but it would be nice to find someone special. Three weeks into the program, I’m falling hard for Rashe, a guy who sadly doesn’t notice I exist. Forget happily-ever-after. At this point, I’d settle for friends with benefits. But when someone tries to kill me, Rashe becomes my knight in shining…scales. Can we discover who the villain is before I wind up dead?     Rashe: Kristy is everything I could ever hope for in a mate but touching her will trigger the Torrent–an ancient Driegon mating ritual–and will result in my death. Instead of claiming her, I’ll long for her from afar and ensure she’s matched with someone who can give her the love she deserves. But with someone out to kill her, I’ll risk even my own life to protect her.

Want to or need to ignore the election results? Here are some suggested reads.