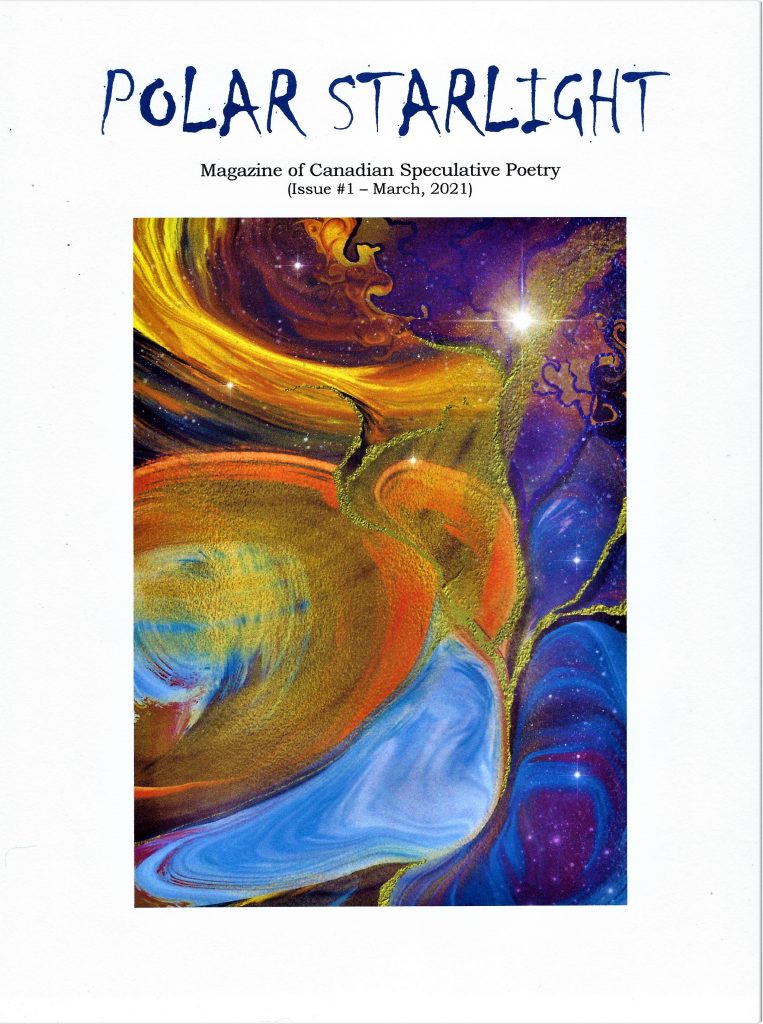 Meanwhile, a horde of authors who’ve sent me novels for review are wondering why the heck I keep missing deadlines and/or never seem to review their novel. Therein lies a tale. Trouble is it’s usually a boring tale concerning an inability to multitask, too many projects, and everything always taking longer than I assumed it would.

Ah, but this time I had it all planned. I would devote all of Thursday to reading a novel and writing a review. Perfect. Entire day set aside for the task. Piece of cake. Till I received an automated phone call reminding me I have to show up at the Nanaimo Regional Hospital for heart tests at 7:00 a.m. Friday morning. This, of course, was the cue for Murphy’s law to activate and all hell broke loose. Figuratively. I guess. Felt like hell though.

Anyway, long story short, finally free at Midnight to read a book and review it. Given the usual publication time later this morning the word “impossible” springs to mind. Can’t be done. Dang.

But wait! I published the first issue of a new quarterly magazine titled Polar Starlight about a week ago. A magazine entirely devoted to Canadian Speculative poetry. Why not shill for that? Besides, I’m just the publisher. Rhea E. Rose, a highly respected and well-known British Columbian Speculative poet agreed to be the editor. All I do is contact and contract the poets she’s selected, layout the zine in the poem sequence of her choice, pay the poets, and publish. All that I know how to do, could do it in my sleep, so easy for me to accomplish.

Whereas Rhea has the difficult task of choosing the poems in accordance with the individual issue themes she has in mind, not to mention her professional knowledge of past and contemporary forms of poetry. Me, I just publish poems I like in the pages of Polar Borealis. I don’t actually know anything about poetry, but I know what I like and in it goes.

As luck would have it, I had just closed a February submissions window in which I received 112 short stories (submitted to Polar Borealis) and 125 poems (to both magazines). What fun we’ve had swapping poems back and forth, debating this, arguing that, basically constantly reshuffling the deck to build a good hand each according to our individual perception and viewpoint. Turns out we have very different tastes. This is good. It represents great value to the poets submitting. Two markets hit with one submission.

Rhea had originally approached me offering her services as poetry editor for Polar Borealis. I had reluctantly turned her away because I have it set-up as an efficient one-man operation and thought another editor might slow things down. Out of our conversation evolved a tangential project, the publication of the Stellar Evolutions anthology featuring “The Best of the First Sixteen Issues of Polar Borealis.” Rhea did a splendid job of pulling this Kindle/print-on-demand book together. She did everything. Choosing the contributors. Contracting and paying them. Getting Michael Dean Jackson to do a superb cover. Layout. And all the rigamarole of arranging physical publication through Amazon, a process about which I know nothing. Am very pleased with the result.

Been toying with the idea of a speculative poetry magazine for quite some time. Rhea’s obvious enthusiasm and professional skill exhibited during her production of the anthology inspired me to inquire via email if she’d like to be entirely responsible for editing a magazine exclusively devoted to Canadian SF&F poetry.

It took her all of ten seconds to reply “Yes!” and leap into my arms, metaphorically speaking. Since then she has been working at a furious pace. The first issue has been published and, as of today, the following three issues planned in detail. I will shortly be sending out notices of acceptance to the poets in question. Second issue will probably be published in May.

In the four paragraphs of her first editorial in the first issue Rhea reveals her passion for poetry. I remind you I publish stuff I like. If questioned why, I might strive for the height of eloquence by stating “because it’s good,” or maybe even “because it moves me.” Doesn’t mean the poems I select are second rate. It’s just that my taste in poetry is purely visceral and emotional, and that I don’t know how to articulate those feelings in a beautifully nuanced fashion rich with evocative imagery.

Rhea, on the other hand, does. The fourth, last, and longest paragraph of her editorial is a prose poem in itself, one that is powerful and bold, a veritable battle cry on behalf of poetry. In fact it is so impactful I feel it deserves to be read on its own as a revelation of just how meaningful and important poetry can be to anyone if only they open their eyes to everything which good poems offer. An essay on the virtue and value of poetry, if you will.

And so, I choose to quote the editorial in its entirety:

“Here it is, one more star in the night sky. Polar Starlight, issue one will, I hope, be the first star in a constellation of Canadian speculative poetry. The tsunami of works received for this issue and the ones to follow tells me that there is a massive cry for magazines like Polar Starlight. The scintillating talent of Canadian Speculative poets and their poetry needs to find its place, form its bright array in the great universe of literature; and what better place to see stars than in the great black bowls of northern skies where starlight is most immanent?

Thank you once again to R. Graeme Cameron, editor of Polar Borealis, who selected me and permitted me to put together this first of many Polar Starlight publications. It’s such an honour to be a part of this process and it’s a soul-quenching and delightful task to read what’s out there. I feel refreshed every time I read a new batch of writers who have worked their magic on words, feelings and concepts to convey a collective compulsion to capture the light of the universe’s fireflies.

During the selection process, there were times I felt like Bilbo sifting through Smaug’s great pile of golden treasure looking for the gems and jewels that sparkled and twinkled more brightly than the rest. At times, I felt the eminence of the goddess push aside the black veil of the universe, her sensitive powers at work helping me to select, collect and tag star poems from the black sand beach of the multiverse. While Bilbo and the goddess found wonderful jewels in the depths of caves and the darkness of the heavens, I found myself asking the question, what is it that defines speculative poetry for me? The only way to answer that question was to write a poem.

If that doesn’t make you want to ready poetry I don’t know what will. Rhea’s emotionally orgasmic lust for poetry is the proper way to approach reading a poem, any poem, to my way of thinking. The proper way to approaching life, for that matter. If kids in school were taught poetry along these lines I suspect poetry would be even more popular than it already is. I kinda like the idea of generations growing up determined to devour poetry the way a tiger grabs its prey. Poetry readings would be much more exciting.

Having read the editorial, why would you bother downloading the rest of the issue? For the poems, of course. Let me list them. I believe the titles will convey some idea of the concepts within. And fun to see if you recognize any of the poets. Some are newbies. Others are already-celebrated professionals.

THE GOD/DESS OF WONDER – by Neile Graham

HER WINGS – by Virginia Carraway Stark

A COURTSHIP OF FLAME – by Lynne Sargent

UNDANCING THE UNDEAD – by LeRoy Gorman

THE FACE ON MARS – by Bernadette Gabay Dyer

THE DARKEST DAYS – by Elizabeth Page

THE ASWANG – by Richard Stevenson

WHAT LIES BENEATH – by Colleen Anderson

ANOTHER, ENOUGH – by Lynne Sargent

Intrigued? I hope so.

And by the way, isn’t the cover by Swati Chavda beautiful? Stirs my sense of wonder.

The look of the zine in terms of layout is spare and lean. There is no filler, no ads or announcements. The emphasis is on the poems, each to its own page or pages depending on length. I don’t want the reader distracted by anything. The poems are meant to be savoured and explored for every implication and subtext the poet intends, and more if you can imagine it. Meant to be consumed and devoured emotionally, intellectually, metaphorically, and maybe just because they’re tasty.

The guiding vision of this first issue belongs to Rhea. Polar Starlight is her baby. She even chose the name. I wanted Polar something to match Polar Borealis. She came up with Polar Starlight. I like it.

We plan to produce many more issues in the years to come. We hope Polar Starlight will become a fixture in the Canadian speculative fiction scene. We hope poets and poetry fen will look forward to every issue. I don’t think our optimism is unreasonable. Lots of people write poetry. Lots of people read poetry.

If you happen to be one of these clever and intelligent people (you know you are), check out the free download at:

Rewind of H2O, the SciFi4Me podcast. This week, staying relevant

Everything You Ever Wanted to Know About Water Bears

How do Chinese Fans Celebrate the Spring Festival?