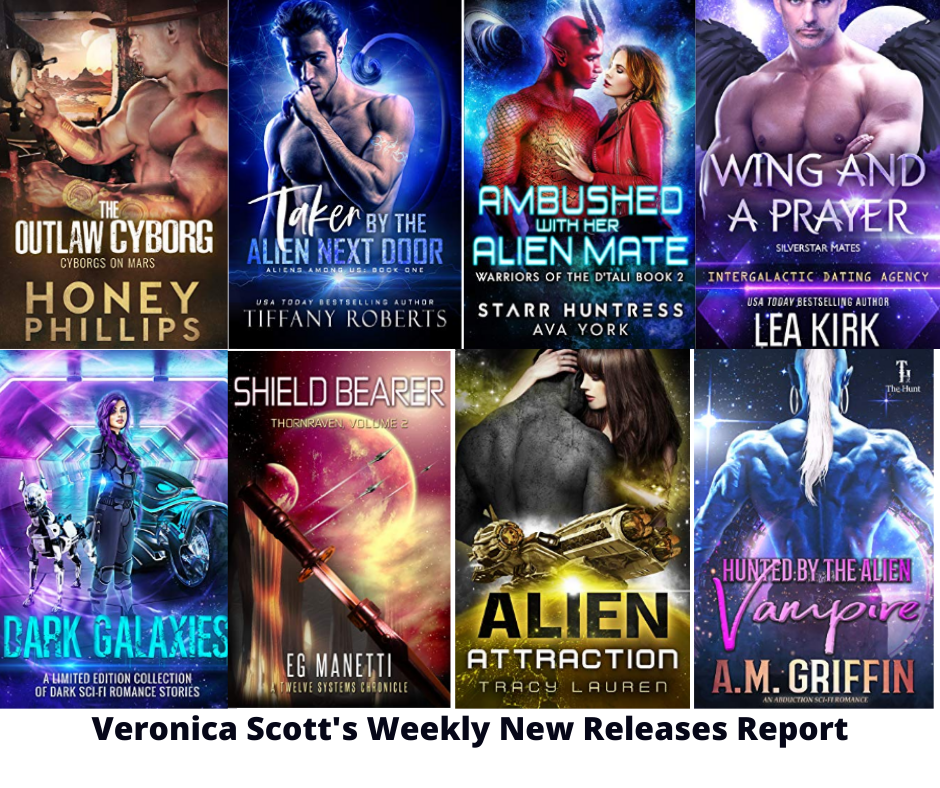 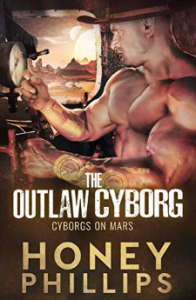 THE OUTLAW CYBORG (CYBORGS ON MARS BOOK 5) by Honey Phillips

Can a cyborg ranger save Mars – and the woman who won’t admit she needs him? Everything Serena Gatling ever wanted was taken away from her by a single horrific act of betrayal. Determined never to fall victim again, she closes her heart and dedicates her life to a cold-blooded quest to regain the one thing that still matters to her.

Sent to Mars by the ruthless corporation for which she works, Serena is finally within sight of her goal. The last thing she needs is a man distracting her. But the massive cyborg warrior who seems to know all of her hidden secrets awakens feelings she thought had died long ago.

J-100 has never fit in – not as an orphan, not as a soldier, and definitely not as a cyborg. So when he is asked to take on an impossible mission with little chance of success, he has nothing to lose. Until he meets a beautiful woman and recognizes the pain hidden behind her icy exterior – and now the stakes couldn’t be higher. Evil forces are conspiring against the Martian colonists. Can Serena and J-100 work together to save the colony, even if it costs them everything? 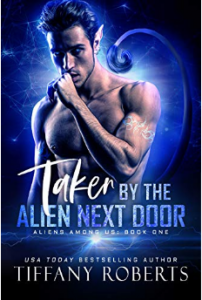 VS Note: Yay, a new series from Tiffany!

An undercover alien. A curvy human female he’s desperate to claim. One month to make her his. Tabitha Mathews has never had much luck with men. Her past relationships only left her heart aching and her self-esteem beaten down. But who needs them? She’s doing just fine on her own. She has a booming home business, an adorable, mischievous dog, and she just became a first-time homeowner…right next door to the hottest man she’s ever seen. Oh, did she mention that he happens to be an alien? An alien with dreamy, glowing eyes, wicked fangs and claws, and a tail. But she’s not supposed to know that, and only finds out after her wonderfully considerate dog leaves a big, odorous gift in her neighbor’s back yard—which promptly results in her being kidnapped. Now she’s tied to the alien’s bed, because of course he’s come to Earth in search of a mate—and he wants Tabitha to fill that role. More specifically, he wants her to carry his baby. Saying he’s moving fast seems like a bit of an understatement. Is Tabitha willing to accept her alien abductor as a mate? Is she ready to be a mother? And he’s generous enough to give her four whole weeks to decide. It’s not like it’s the biggest decision of her life or anything…right?