Life gets complicated when you fall for an alien…. 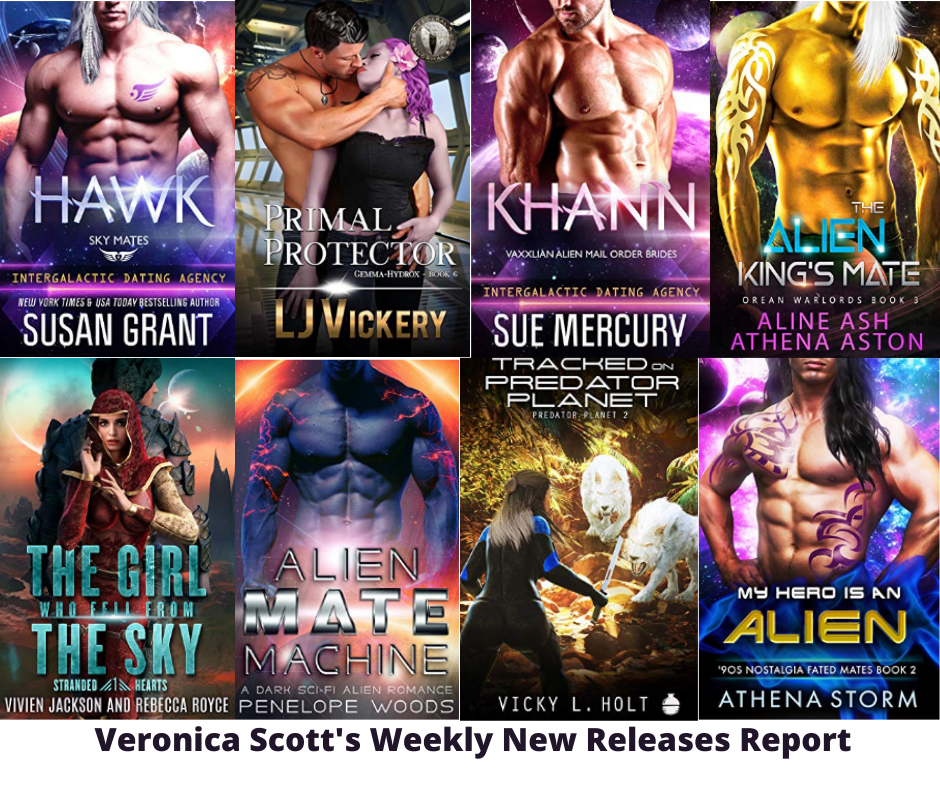 Here’s a teaser for this week’s first three books (jump to the blog to see the approximately 85 titles featured this week): 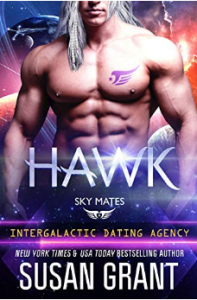 In a small town in Texas, a woman on a mission meets a big alien warrior with a tender heart…They were the match no one expected—especially them.  Commander of the fierce air warriors of Sky’s End, Hakkim “Hawk” comes to Earth for business, not pleasure. The future of his remote world depends on his squadron finding their perfect matches and flying partners. With responsibility for the mission’s success resting on his shoulders, finding his own mate never occurs to him—until he crosses paths with the Terran pilot assigned to work with him on Project Sky Mates.

Fighter pilot Captain Kelly “Crackers” Ritz has always been better at flying than dating. Jets can be dangerous, but they’ll never break your heart. Avoiding love has been easy—until she’s selected to be the liaison for a team of mysterious alien pilots. She feels an instant connection with their part-cyborg leader. But she’s supposed to work with him, not fall for him…isn’t she? 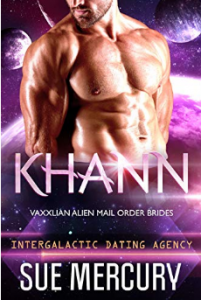 Stranded on war-torn Earth with her young daughter, Belle is devastated to learn she has a terminal illness. Who will take care of her daughter after she’s gone? When she discovers Vaxxlians possess the technology to save her, she doesn’t hesitate to sign up for Vaxxlian Mail Order Brides–even if she does view the powerful aliens as the enemy. She only wishes her matched mate, a muscle-bound warrior named Khann, wasn’t so kind and handsome. She doesn’t want to lose her heart to the enemy, but it’s difficult to think coherently when his passionate kisses leave her breathless with desire.

Khann longs for a mate and a family. When he meets the beautiful human female named Belle and her talkative daughter, Amie, he feels a warmth he hasn’t experienced in ages. Surely, they must be the answer to his prayers. He’s eager to mate with Belle and bring his new family back to New Vaxx, but Belle hesitates to leave Earth right away and insists they postpone their mating until they are better acquainted. Khann sets about romancing the human female as best he can. But not long after their first mating, he learns a terrible secret about her past loyalties, one which jeopardizes their future as a family. 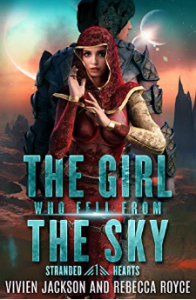 The day her starship crashed, Bianca’s life began. En route to life saving surgery, Bianca’s ship plummeted from the stars to a primitive planet far beyond the reaches of the Union and all she’s ever known. Surviving was just the first miracle. Being found by a race of what her education says are savages–but who her damaged heart and sharp mind embraces as loving, passionate, and kind–challenges everything she’s ever believed about herself. Nox, Torrin, Mattis, Astor The one who finds her. The one who claims her. The one who wants her. The one who needs her. Leaders among their people, they couldn’t be more alike or more different. But they are in agreement on one thing: she’s going to be theirs and they will fight to keep her. On the day she fell from the sky, their world changed forever.

Gianna Nadenoft is a reclusive survivor of one of the worst interstellar cruise ship disasters in the history of the Sectors. And that’s just one of this this roundup!

Coming in March, an interesting selection of selected reads