Meet the authors of the Alien Warrior Academy series 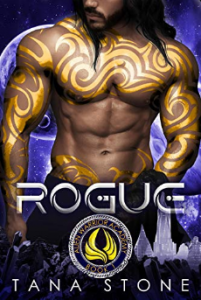 The ‘academy’ trope is popular across an entire range of romance genres, usually involving Young Adult or New Adult characters put together in the bubble of a special school or academy. The characters go through the same kinds of experiences, trials and tribulations of any school – exams, bullies, sports, extracurricular activities – but the stakes are much higher, often life and death and of course the slate of classes is a lot more exciting than the ones I suffered through in high school or college. While the trope has been supernova hot in other romance genres, it hasn’t made much penetration into science fiction romance.

Author Tana Stone and a few like-minded writers have now gotten together to write and release the Alien Warrior Academy series, so I was eager to ask them some questions, including what the inspiration was for each of their stories.

Veronica Scott for Amazing Stories Magazine: What was the spark behind the idea of doing linked books? What does the group feel is the special appeal of the “academy” style stories for the reader?

TS: Three of us met last year at 20Books conference in Vegas and became instant friends. Since then, we’ve been talking about doing a joint project. Linked books in a shared world seemed like a great way to each preserve our voice and writing style. We knew that “academy” was big in some other subgenres (and the fourth in the group had experience writing academy books already), so we thought it would be fun to bring it fully into SFR. Once we started brainstorming, the concept of an alien military academy training human cadets to fight against a shared enemy was fun to imagine. And the hot teacher trope was fun for all of us!

ASM.: Who did the terrific covers?

TS: They were all done by Aaron of Kasmit Covers. It was important to us to have a consistent look!

Hoverpod champion Brooke is determined to get her gruff pod instructor, Koran, to let her compete with the male cadets—and even more determined not to fall for the sexy jerk.

Story spark: I wanted to write a hero who didn’t fit in at the Academy—one who was an outsider just as much as the human cadets, but for different reasons. He’s overcoming the stigma of his outlaw clan when he meets the heroine. The last thing he needs is to fall for a student, but he’s never met someone like her who doesn’t care about status or clan. And the forbidden aspect of the teacher-student romance is fun!

First SFR novel she read: Like a lot of SFR authors, Ruby Dixon was my gateway drug into the genre. I loved the world she created!

On her TBR List: The Alien’s Claim by Zoey Draven, Alien Paladin’s Redemption by Mina Carter 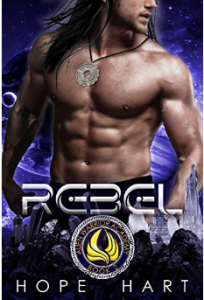 It was supposed to be one night. One night with the gorgeous, broken, enigmatic explosives expert who makes me crazy. The problem? Now I can’t stop fantasizing about the way we self-combusted all over each other. Can I protect both the academy and my heart? Or will they end up shattered beyond repair?

Story spark: I love second-chance romances, and I was intrigued by the idea of my hero and heroine having history before their story even got started. My hero, Zarryn, my is still wresting with guilt and mourning his lover who died in a battle years ago, while my heroine, Layla knows her worth and is determined to find a partner who is ‘all-in.’ The push-pull of lovers who have two different agendas always keeps me reading when I’m enjoying any romance subcategory.

First SFR novel she read: I think it was likely one of Ruby Dixon’s books. She remains the queen of SFR and really revolutionized the genre with her series. 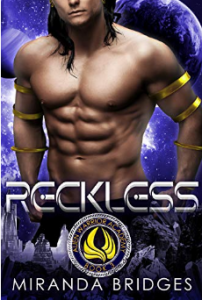 Story spark: I’ve always wanted to do a forbidden relationship between a teacher and student. I especially love when the authoritative figure eventually succumbs to his feelings for the woman. The push and pull of the relationship development, plus the risk of getting caught is enticing to me and I’ve really enjoyed putting my own spin on this trope.

First SFR novel she read: The first book that I enjoyed was the Ice Planet Barbarians by Ruby Dixon. It was hot, funny, and fast-paced. Basically everything I look for when reading a romance book. 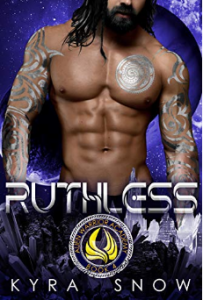 I’m an assassin who’s finally met my match. His name is Daryx—the headmaster of the Alien Warrior Academy. Now we’re fighting together to defeat our enemy, but will we both perish because my heart picks him over logic?

Story spark: I have always loved reading forbidden romances, especially student/teacher ones. Throw in a love interest from outer space and I couldn’t think of anything better to read with my wolf dog and kitties by my side! So I decided to write what I enjoyed the most in romance novels: a feisty heroine who falls in love with her teacher, and an alpha male who is at war with himself over his feelings for his student (or in this case, his cadet!). They’re both conflicted about doing their duty verses doing what their hearts desire, and so this is what inspired my novel Ruthless.

First SFR novel she ever read: The first one I read was Bay’s Mercenary by C L Scholey. I loved how the aliens were so mesmerized by the human girl, from the way her stomach growled when she was hungry to how soft her skin was compared to theirs. It’s the small things like that which I love. I also really enjoyed that she was treated as a “pet” at first. I’ve always been a sucker for pet play!

Why is June ‘Pride Month’?