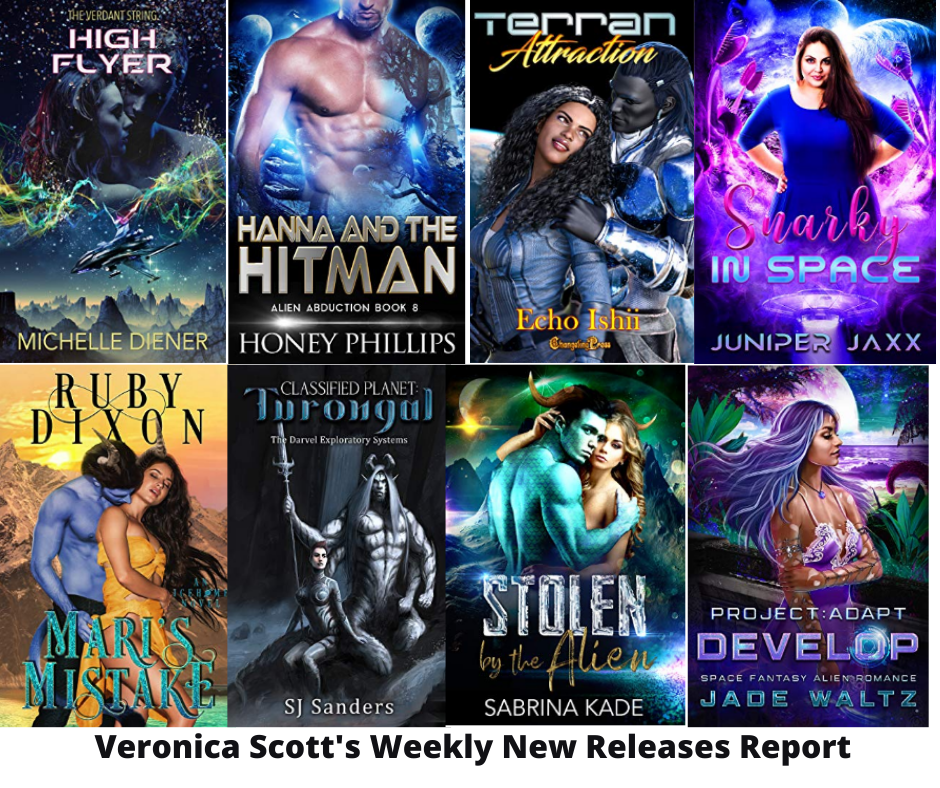 Here’s a teaser for this week’s first three books (jump to the blog to see the approximately 80+ titles featured this week): 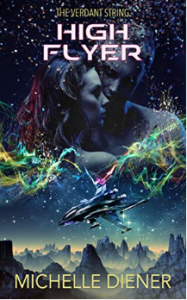 VS Note: I love her books and have been impatiently waiting! Had this pre-ordered.

Flying the head-of-planet around isn’t a job for the faint of heart. Especially not on Faldine, the planet in the Verdant String whose magnetic fields actively fight against technology, bringing down the ships of the unwary or the incompetent.

Hana thrives on the challenge, though. Thrives on everything about her job. It keeps her from thinking too much about what happened to her during the war, and what she is becoming. A relationship with the head-of-planet himself, though, is more than she wants to deal with.

Iver Sugotti feels like he fell into the role of head-of-planet by default. He knows he’s good at the job, and he’s enjoying the challenge of making tech work on a planet that eats tech for breakfast, but the one thing he really wants–Hana–seems out of his reach. His pilot has made it clear she’s not interested, and he can only respect the boundaries she’s set. But when someone wants him dead, he and Hana are plunged into an all-out race for their lives. Iver discovers those closest to him have betrayed him, but also, that his pilot is not as disinterested as she seems. As they try to outwit their enemies, they discover they are far better together than they are apart, and that Hana really is at her best when she’s flying high. 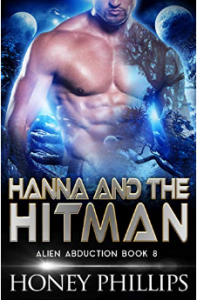 HANNA AND THE HITMAN (ALIEN ABDUCTION BOOK 8) by Honey Phillips

An alien assassin. A forgotten human. A planet determined to claim them both. Since being kidnapped from Earth, Hanna has been treated as little more than a performing animal. Her latest indignity is being displayed in a cage in a seedy bar. When a massive alien warrior stops to examine her, she expects the worst. To her shock, the warrior frees her instead. Scared and alone, she doesn’t hesitate to turn to him. But there are more surprises to come… Aidon is running out of time. Although eliminating galactic scum is a profitable occupation, it takes a toll on his unique skills. He needs to return to his planet immediately. Acquiring a human female, no matter how tempting, was not in his plans. Yet now that he has her, how can he let her go?She looks at him so trustingly – but his planet is a dangerous place, and she’s about to find out he’s the biggest predator of them all. 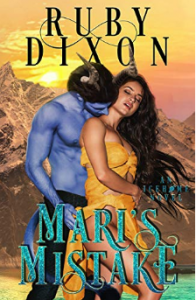 I’ve ruined everything. I had a mate. Resonance. Happiness. But then T’chai’s attacked by ravenous sky-claw and almost killed. To help him recover, I tell the healer to turn off our unfulfilled resonance. It’s temporary…or so I think. Big mistake. Because now my khui acts like it’s dead and it hates T’chai. But I still love him. How do we move forward when I can’t bear his touch? Is there a way to get back our happiness together, or is it time to give up on what we once had? T’chai has other plans, though. He’s not giving up on us. If it means crossing the world, he’s ready to do it at my side.