In this week’s viewing: Everyone in Tower of God races to stab each other in the back, My Next Life as a Villainess has a new set of antagonists, and more! 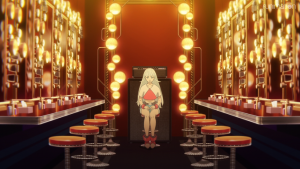 In between a whole lot of references to a certain album from The Who, one term pops up from far outside rock’n’roll. The “lost decade” refers to the 1990s in Japan, a time of financial malaise after the bursting of a real estate bubble. People cut back their spending, deflation took over, and the government flung money in all sorts of directions trying to bring the good times back but only wound up with a ton of debt. It was also a time of deep disillusionment, of a growing feeling that Japanese politics and society had lost their way.

The implication is that Londinium has gone through something similar since the Fest at Liverchester went horribly wrong, and Tommy has risen through the political ranks by promising to make Londinium great again. Which I suppose he does, from a certain point of view, namely that of him and his friends who are planning to survive the carnage. 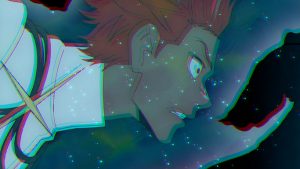 Tower of God #9 – With Team A out of the picture, all Team B has to do is work together and do better. So of course they immediately start stabbing each other in the back, literally in one case.

Quant shows himself to be a sort of lawful evil antagonist which shows up a lot in the shōnen genre. While he loves to show his superior skills off to the newbies, he’s willing to grant some respect to people who do their best to stand up to him anyway, and despises those who are truly just out to hamstring the team for their own benefit. Hatsu and Endorsi thus earn the compliment of an extended fight, and Bam gets a tip on how to use Shinsu, but Hoh and the guys who were supposed to be Hatsu’s backup get no mercy.

Bam takes the opportunity of the extra lesson to demonstrate just how quick a study he is. And there we go, finally a sign that he’s actually the hero of this story! Now if he could just work on that attitude. He says he understands that Rachel doesn’t want any contact with him, but nevertheless he’s just going to keep stalking her because it’s what he wants. Maybe someone can point out to him that Rachel just got almost fatally stabbed because of that. 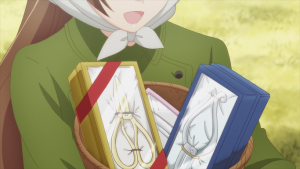 My Next Life as a Villainess: All Routes Lead to Doom! #9 – Catarina holds a slumber party and a surprise homegrown dinner while her loyal maid looks on and recalls being saved from a forced marriage thanks to Catarina exercising her privilege.

Yes, everyone loves Catarina, I think we established that already. This episode feels mostly like the show looking at its watch and stalling for all it’s worth to keep that plot point from appearing before the end.

Now, having conquered everyone who she thought was a threat, Catarina faces a new adversary. And it’s what was obvious from the beginning: she can try to be nice all she wants, but that can’t stop someone from spreading outright lies if they want to. Is this just a spontaneously timed outburst from the mean girls, getting fed up with Catarina protecting Maria from them? Or could it be the result of someone else’s machinations?

Going Into Deep Water, With the Massive

SPACE: So What Made the Huge Crater on the Moon’s Dark Side?