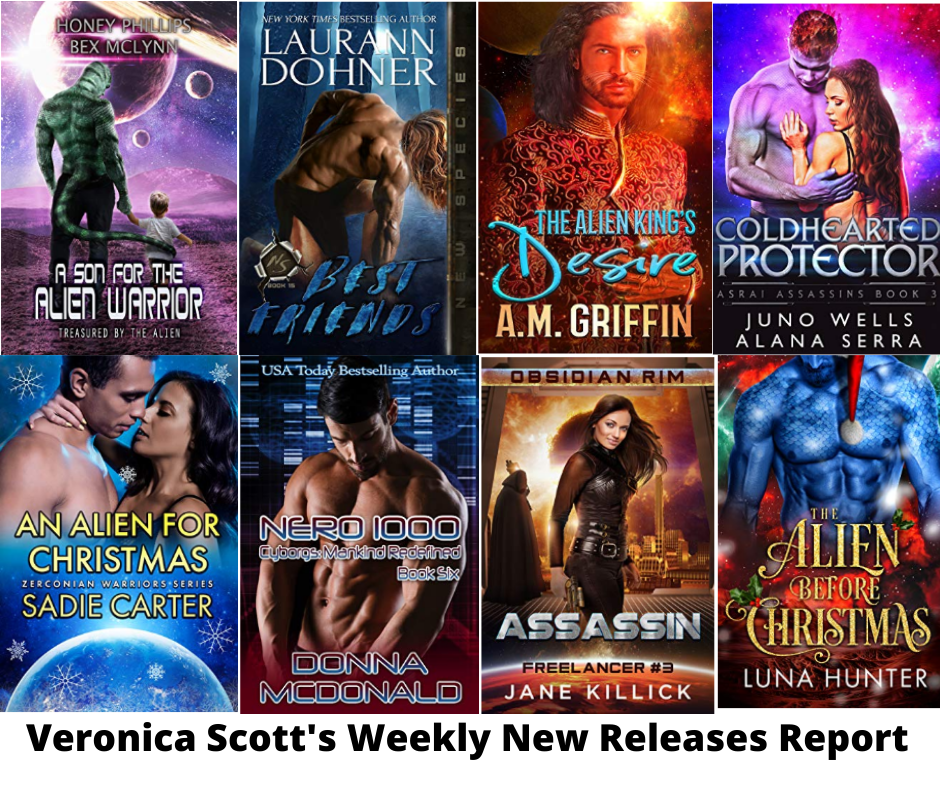 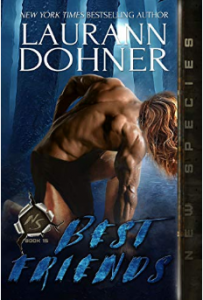 VS Note: I am such a HUGE fan of Ms. Dohner and this series especially! Had this pre-ordered…

Working together has forged a strong friendship between Melinda York and Mary Muller. So much so, they’re more like sisters. When two men burst into their diner with murder on their minds, Mel doesn’t hesitate to act. She’ll do anything to protect her friend, as well as their New Species customers…especially the one she’s been crushing on for months.

A single act of bravery sparks a series of events that result in Snow getting to know the waitress he’s been obsessively thinking about. He just wants to keep Mel safe. And convince her he’s the male for her.

Mary is the brunt of jokes because of her extreme fear of animals. Phobias aren’t funny. Is she the only one who understands that? When Mel’s actions link them both to New Species, she’d like to hide from those scary men with fangs. That would make her a crappy best friend, though. She’ll try to be brave…right up until the moment she comes face to face with a lion man named Lash. He’ll make her confront her fears in the most unexpected ways possible. 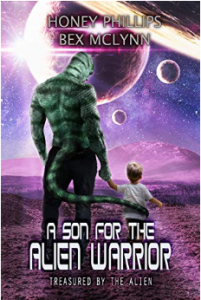 On the anniversary of the disappearance of Mariah’s sister and nephew, Mariah returns to their last known location, expecting to find only painful memories. Instead, she encounters an alien spaceship and recklessly sneaks aboard, taking one last chance to be reunited with her family.

The desperate move sends her across the galaxy and straight into the arms of a massive alien warrior who is determined to protect her. But no matter how much she is drawn to him, she will not be distracted from her goal—to find her missing family at all costs.

Years ago, when Captain Cestov and his brother argued over the fate of their dying race, his brother stormed out of his life. He has been searching for him ever since. He never expected his search to lead him to a distant planet, a troubled ranch, and a little boy who calls him Daddy. And he certainly never expected an enticing human female who makes him consider putting down roots for the first time.

Neither Mariah nor Cestov ever thought they would find a permanent home. But can their shared love for a child help them to move on to a new future as a family? Or will the ghosts from their pasts tear them apart?

Boogieman In Lavender: On Beyond Cisgender: Books for High School

Holiday themed SF Romance! If you put a rocket under the tree, don’t forget to put a bow on it….

Video recordings of the No Police = Know Future anthology book launch are now live on the Amazing Stories TV Channel.

The Greatest Fantasy Novels of All Time Part 2

Asni’s Art Blog: Drop whatever else you’re doing, Star Wars is back!