This week’s topic: “Share tiny snippet from earliest writing of yours that you can get your hands on. This is kind of a dare, and also I’m nosy.”

Assuming the person who asked the question isn’t interested in my fairy tale that I wrote and illustrated at age 7, but is after something a bit more advanced, I’ll talk about the books I wrote in junior high school and high school. What I’m not going to do, much as I hate to disappoint the faithful readers of SFF7, is go digging through all my boxes in storage and locate the handwritten manuscripts.

I wouldn’t share an excerpt from those early works of mine in any case.
I was practicing and learning my craft, how to tell a story, how much work an entire book is to write, how to do a series, etc. I’m sure they’re full of head hopping and all kinds of other craft issues because at that point I was merely writing down the stories living in my head, not worrying about becoming published. My mind was much more focused on who I was going to the dance with, would we win the Homecoming Game, etc etc.

In junior high school I wrote a series of about eleven books, heavily influenced by the Tom Corbett Space Cadet series written by Carey Rockwell, which I loved. My series, The Space Dragon (which was the ship’s name) followed five men from their days at the Academy to their career flying a ship for the interstellar military and all the adventures that befell them. They were a very tight knit team, with fierce loyalty to each other.

I also spent some time with their families, especially that of the main character. As I recall, his mother owned an interstellar shipping line and I think his father was a high level politician. One of the crew was an alien prince. I definitely remember I disliked the fact the Tom Corbett series included no romance, so my guys each met and married a professional woman in the course of the books.
Looking back, I find it interesting I was so adamant about my female characters being high powered and having careers because at the time I was in junior high and high school, there really were very few role models for this. Although I think one of the heroines was a princess, the sister of the crew member who was a prince.
There was kissing but nothing further in these novels LOL. There was also an ancient alien in the series as a kind of benevolent uncle. I don’t remember his origin story any longer but he was in the vein of the mysterious Forerunners Andre Norton wrote about in her science fiction, possibly crossed with her Zacathans. (All of this was way before George Lucas and “Star Wars” so no, I wasn’t influenced by Yoda.) He lived with the hero’s family on Earth and was pretty good at helping to resolve dire situations as needed.
In high school I moved on to writing a new series, set on board a ship named The Starfire and this set of tales was influenced by the ‘Star Trek’ TV show. Lots of adventure and romance over several volumes and a couple of sequels. My Dad even drew a cover for it!
Then I graduated, got married at 19, moved to California, went to college, worked in retail, graduated from college, went to work at NASA/JPL, had children…so it was YEARS before I dove into writing again. Then I became a widow and the writing took a back burner for more years. 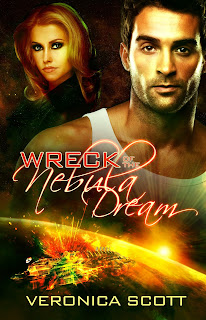 I’m happy to say every single book I’ve written post-high school has now been released although the earliest ones have had a ton of editing (multiple rounds of professional editing), revisions and rewriting to reach the state where readers could enjoy them before I sallied forth and self-published. The bones of the original stories are still there but with a lot of craft and care applied. Wreck of the Nebula Dream, Mission to Mahjundar, Trapped on Talonque and Escape from Zulaire.

Mission is actually the oldest story, in terms of when I first started writing it.

There’s about as much point in digging my teenaged writings out of the scrapbook box as there would be to locating my 7 year old self’s fairy tale. None of it is readable now but all of it was necessary for my development as an author.
I have 30+ published books today and have no intention of stopping. I think my early series laid a lot of good groundwork for me, in terms of knowing I had stories to tell and could do the work to get them out of my head and ‘onto the paper’. Confidence building! 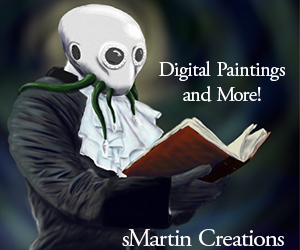