Pets in Space® 4 features thirteen stories by award-winning, bestselling authors and some of the hottest names in SFR

The authors of Pets in Space® 4 have been keeping a secret these last few days, and now it’s time to tell the whole wide world universe!Pets in Space® 4 is now available on pre-order! The anthology has already shot up as high as #49 on Amazon Hot New Releases list before the announcement was even made.

We have a lot to share today, so let’s start off with this… 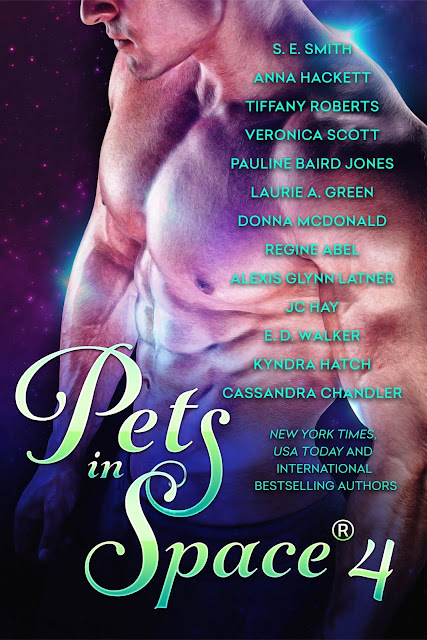 Now, for a closer look at what’s inside.

Pets in Space® 4 features thirteen stories by award-winning, bestselling authors and some of the hottest names in SFR. Not only that, but most are connected to popular ongoing SFR series, though each story stands on its own. Here’s just a taste of what you’ll get in this amazing collection in video form.
Once again, this Pets in Space® offering will support its favorite cause–Hero-Dogs! Ten percent of the first month’s profits will once again go to this amazing organization that raises, trains and places service dogs with those who have served their country and community–namely disabled US veterans and first responders.To date, Pets in Space® authors have contributed a total of $7,100 in donations to this wonderful organization. We hope you’ll help us make 2019 a banner year.

You can help by purchasing a copy of Pets in Space® 4 on pre-order now or, if pre-orders aren’t your thing, by buying a copy when it is newly released on October 8, 2019. For your convenience, here’s a link to a list of all available preorder sites:

Want to get the scoop on all the stories in written form? Here’s a brief description of all thirteen works in the Pets in Space® 4 collection.

MADAS’ FALLING STAR
Lords of Kassis Series
by S.E. Smith
Even an incredibly skillful warrior Princess needs help sometimes. Can Madas trust the strange warrior who fell from the sky with her life… and with her heart?

DARK GUARD
Galactic Gladiators: House of Rone Series
By Anna Hackett
A cyborg who’s vowed to keep his emotions and lethal powers leashed, discovers the one woman who can bring him to his knees.

ENTWINED FATES
The Infinite City Series
By Tiffany Roberts
Being separated by time and distance does not lessen the love Volcair has for the woman who captured his heart.

STAR CRUISE: IDOL’S CURSE
The Sectors SF Romance Series
By Veronica Scott
Two crew members of an interstellar luxury liner must join forces with a retired military canine to find a missing relic before the curse brings disaster for everyone.

SPYDOG
The Inherited Stars Series
By Laurie A. Green
An agent must decide if he can trust the savvy female Rathskian warrior that crosses his path or if he should deliver her to his superiors.

NOTHING REMOTELY FAMILIAR
My Crazy Alien Romance Series
By Donna McDonald
Nothing is normal when Topper finds herself expecting again.

DOOM
Xian Warriors Series
By Regine Abel
A genetically engineered war machine finds love with the human doctor who may be his only chance of survival.

WINTER’S PRINCE
Starways Series
By Alexis Glynn
A scientist looking for a genetically engineered unicorn and a historian seeking the right question find each other in an interstellar amusement park full of dangerous games.

HEART OF THE SPIDER’S WEB
TriSystems: Smugglers Series
By JC Hay
The last thing Sheri needs is a brooding, brawny smuggler watching her every move, but his help is all that stands between her and a crime lord’s wrath.

THE PRINCESS AND HER BODYGUARD
Alien Animal Rescues Series
By E.D. Walker
A kidnapped princess and her bird companion must rely on the exiled guard who loves her to help them.

INTERRUPTING STARLIGHT
After The Fall Series
By Kyndra Hatch
The human composed a song in his heart, a pull he couldn’t ignore, a draw that demanded further exploration.

IMPORT QUARANTINE
The Department of Homeworld Security Series
By Cassandra Chandler
A simple house call to care for a sick animal turns a young woman’s life upside down when she discovers the ‘house’ is really a spaceship!

As you can probably tell, you’re going to be in for many, many hours of great reading!Pets in Space® 4 is nearly 1,500 pages of science fiction romance entertainment! That’s equivalent to the size of FIVE full-length novels. And it’s all for $5.99 — the price of a single cup of coffee — plus you’ll be helping the amazing Hero-Dogs to boot.

This anthology wouldn’t be what it is without its adorable, imaginative, unique pets as only science fiction romance can deliver them, so here’s a first look at the “all-star pet cast” of  Pets in Space® 4. 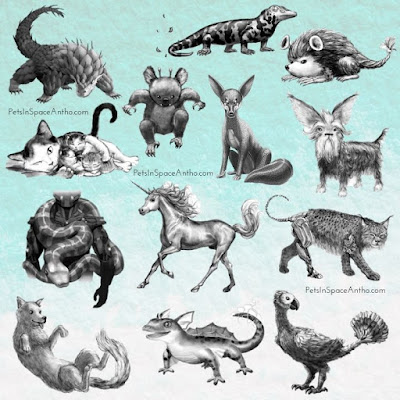 Then be sure to grab your #FREE Pets in Space® 4 Sampler in the meantime. It’s #FREE and features stories, excerpts, teasers and original artwork from the authors. But hurry! It’s only available for a limited time!(Only available until October 7th)

Want to know more about this year’s release? You can follow all the news about Pets in Space® 4 in the Pets in Space® Readers Group on Facebook or by signing up for the newletter. The authors would love to have you aboard!

for helping to give Pets in Space® 4 such an

We’re over the moon! 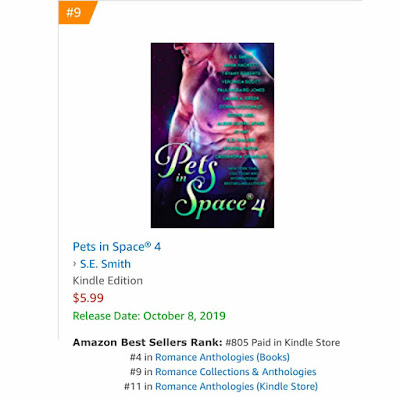 This article was originally posted on https://sfrcontests.blogspot.com/2019/08/theyre-back-pets-in-space-returns.html

Augusto Rodríguez’ 5079: Secret Files is a novel told in fragments of documents, both official and secret, that tell the story of a migration from Earth to save humanity.

Between art house movies and superheroes, SF fans are missing out