Wonder Bread – the greatest thing since sliced bread – was introduced in 1921.

Pre-slicing of the loaf was introduced in the 1930s and the brand “really took off”.

Also appearing in 1930 was a new set of science fiction magazines from Hugo Gernsback (he’d lost Amazing and his other publications in 1929 to bankruptcy) and, in 1932, an interesting colored dots on a white background cover was presented for the November issue.

The history of the ubiquitous bread brand claims that the product’s name and colored dot design was inspired by a hot air balloon show. 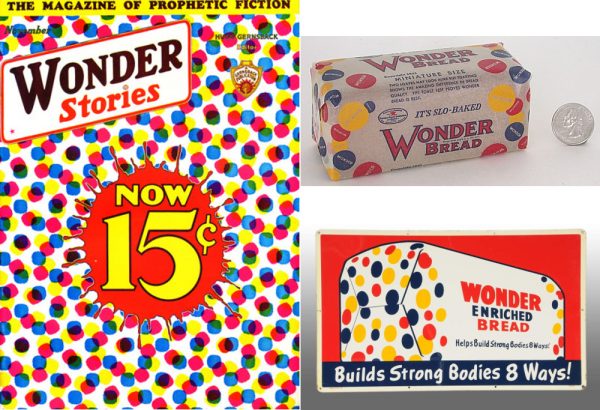 Blurb a Buddy? Seasons of Sorcery!

SPACE: How Many Humans Could Live on the Moon?

Hugo Nominations and commentary on turning books into film

I Foretold You So: Predictions for 2014