Want a quick history lesson in the SF genre? Here’s how to get one without having to wade through too much of that old, dated, socially jarring stuff without too much trouble.

There’s been a somewhat renewal of the discussion/complaint/observation/argument regarding how and with what those newly introduced to the genre should be introduced with. Many practitioners of the art of writing SF strongly proclaiming their desire that new fans should be recommended contemporary pieces that will resonate with their life experiences; that older works may be too dated (in one of several different ways) to engender interest and even a loosely constructed experiment (Young People Read Old SF) that supports these contentions.

I do agree, at the very least on the basis of the old aphorism “you catch more flies with honey than with vinegar” (which isn’t entirely true:  add a few drops of dish soap to  a dish of apple vinegar and watch the carnage, but I digress).  My experience and that of other Baby Boomers and Greatest Generation readers was one of the ready availability of the genre’s fiction dating back to it’s beginning and a society that had not changed all that much from the 30s thru the 70s.  Sure, we went from no TV to B&W TV to Color (and then, wonder-of-wonders, solid state TVs!!!), but the trappings of our world were still recongizable and navigable regardless of generation.  The general paucity of material (as compared to these days) pretty much dictated that if you were into the genre and wanted to keep reading it at a steady pace, you pretty much had to turn to older works; it wasn’t until the mid-50s that paperbacks made novel-length works generally available, so you were also somewhat forced to read the magazines to keep pace:  personal desire for engagement with the genre encouraged, if not demanded, that the reader be exposed to both old and new works.

From the 80s on, however, societal changes have created a divide greater than had existed before.  One which a lot of older literature is unable to cross, except as historical curiosity.

However, I still believe that there is one class of young reader who should familiarize themselves with the roots and development of the genre, that being those readers who want to write this stuff.

There are, I believe, some very good, common sense reasons for encouraging them to do so.  I’m not recommending a slavish, enforced requirement

but merely encouragement to have some interest and respect for the fact that the creative activity they are participating in is one very much evolutionary in nature.  Knowledge of this genre’s history and works is not only experiential. They’re tools for the writer.


Other good reasons? I can easily think of two right off the top: you can’t do a “new take” or a “fresh approach” to (whatever subject you address – time travel, space opera, alien invasion) without knowing what the old takes were (or being extremely lucky). Could Haldeman have written The Forever War without having been familiar with Starship Troopers? Could Catherynne M. Valente have written Space Opera without knowing what Space Opera was? The answer is probably yes, they could have written a version of those stories, but we probably wouldn’t be talking about them now.

And the second is – avoidance of wheel re-invention. There’s a ton of authors out there saying to themselves “OMG! I just thought up the greatest SF idea in the history of the universe!”. I mean, we all hope that’s actually true, but the universe’s history is a long one and includes the period 1926 to the present, which itself includes an awful lot of authors having thought the same thought – some of which were undoubtedly accurate – suggesting that there are very long odds against discovering something new under this or any other sun.

There’s also edification, education, entertainment to be had. Someday you might be sitting up there on a panel, holding forth on the genre when some old has-been sitting up there with you says something like “Your latest novel – and congratulations on the award by the way – has strong echoes of this older award-winning work: how much of your novel is a response to it?” Having never read that older award winning novel, let alone never having heard of it, all you can respond with is the embarrassing “I’m not familiar with it”, which strongly suggests you’ve not done your homework. It also loses you the opportunity to pitch your book.

With all that being said, here are some works that you can dive into at your leisure that can help form the basis of a good, solid engagement with the roots of the genre. I’ve chosen anthologies for this list because they have the virtue of including numerous authors as well as shorter works, providing broad exposure for relatively little effort. I’ve also only selected works that are available in electronic format and/or inexpensive used print copies. 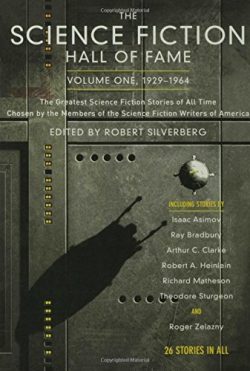 The Science Fiction Hall of Fame (Volume 1), Robert Silverberg editor. Selected by the founding members of SFWA (and Silverberg), these are the stories that would have been nominated for a Nebula Award, if the award had existed when they were written. It contains stories written and published from 1934 until 1963 and is one of the better surveys of short fiction leading up to the “modern” era. 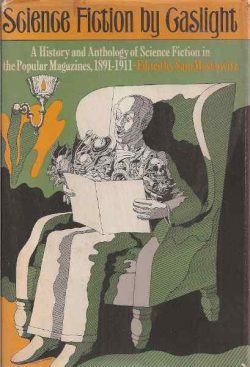 Science Fiction by Gaslight, edited by Samuel Moskowitz. Containing short works from 1891 through 1911, Gaslight features proto-SF written for the pulps up to almost the formalization of the genre. (Probably of particular appeal to those who like steampunk, if only for the background settings.) 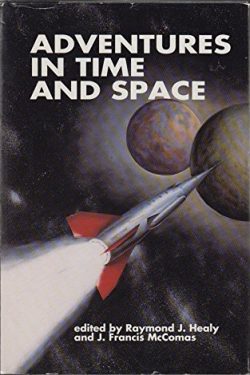 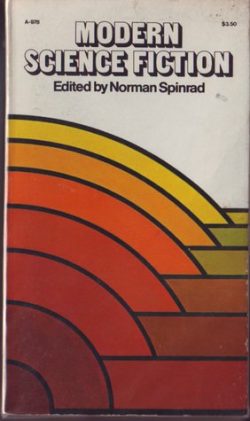 Largely absent from these volumes are the contributions of female authors (which is a whole other discussion). Two volumes can help rectify that a bit: 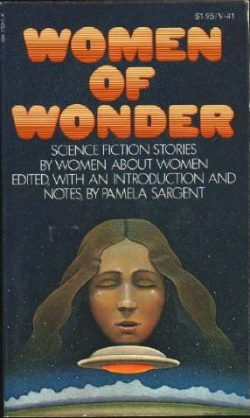 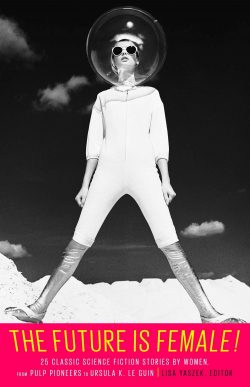 A more recent work, both an anthology of SF and a history of female authors in the genre can be found in Lisa Yaszek’s The Future is Female 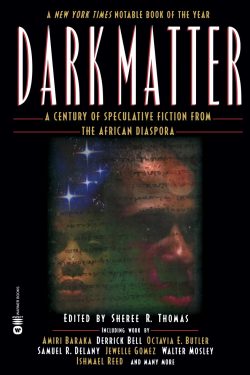 Not to mention all of the work by POC authors that has been overlooked. (We’re all catching up in a lot of different ways.) Dark Matter: A Century of Speculative Fiction from the African Diaspora, edited by Sheree R. Thomas

Contents
Introduction: Looking for the Invisible • (2000) • essay by Sheree Renée Thomas [as by Sheree R. Thomas]

Editor’s Note: Table of Contents listings are drawn from William G. Contento’s Index to Science Fiction Anthologies and Collections, Combined Edition, which itself is a great resource for historical info on the genre, and from the International Science Fiction Database, another excellent resource.
1

A deep dive into the mind of a Co & Crossplayer.

More artwork from A Doctor For the Enterprise, our upcoming limited edition comic.

Cosplay at the 2017 Toronto Fan Expo

Avengers 2 Heralds the End of an Empire