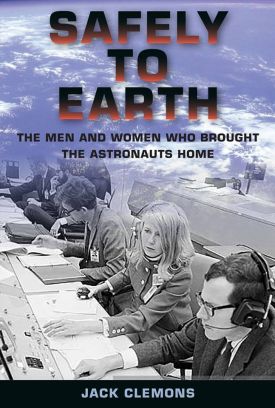 Way back in 2012 I bit a bullet and put out a call for contributors for a new multi-author blog covering science fiction, fantasy, horror and a handful of related topics, including space exploration.  That blog was called Amazing Stories.

I was extremely nervous as I fully expected that no one in the field would volunteer to write for no paid compensation, or, potentially worse, I’d get a lot of volunteers who weren’t capable of stringing two sentences together coherently.

I was vastly, enormously, tremendously and, yes, even amazingly wrong in my paranoid assessment of fandom.  Within just a few days I would have more than 50 volunteers, many of them professionals in the field.

Among them was Jack Clemons, a member of SFWA, an author previously published in earlier incarnations of Amazing Stories and, much to my personal joy, a former NASA “rocket scientist” who had actually worked on both the Apollo and Shuttle programs!

I answered Jack’s questions regarding content and subjects the same way I’d answered everyone else’s:  I wanted everyone to pick a subject they were passionate about, because I felt that their enthusiasm would come through to the reader.  No, contributors weren’t restricted to only that subject, consider it their main theme, but feel free to wander:  fans are all about their favorite subjects, but they’re also fanatical (heh) about learning new things and being exposed to new experiences.

Jack dove right in with a series about working on the Apollo program as a programmer;  working with the astronauts, revealing for our audience an inside take of how a relatively small number of inspired individuals accomplished the near impossible, a view rarely seen by anyone other than those working at Mission Control.

Along the way, Jack authored one of this website’s most popular articles – It’s (Not) Rocket Science:  John Aaron: “SCE to Aux” – an account of the engineers and astronauts “working the problem” and successfully guiding Apollo 12 through a glitch that would otherwise have aborted the mission.

Now, many of those articles in Jack’s Apollo and Shuttle series have been gathered together, edited, polished and given a theme in the soon to be released book SAFELY TO EARTH The Men and Women Who Brought the Astronauts Home.

We’re all very proud of Jack here at Amazing Stories and wish him the greatest success!

Safely to Earth can be pre-ordered here.

A little bit of the publisher’s description to whet your appetites:

Clemons joined Project Apollo in 1968, a young engineer inspired by science fiction and electrified by John F. Kennedy’s challenge to the nation to put a man on the moon. He describes his experiences supporting the NASA engineering team at what is now the Johnson Space Center in Houston, where he played a pivotal role in designing the reentry and landing procedures for Apollo astronauts. He went on to work on Skylab and the Space Shuttle program, eventually assuming leadership for the entire integrated software system on board the Space Shuttle.

And of course, you can get a sneak peek at some of the contents (in an earlier form) right here.  Just visit Jack’s profile. 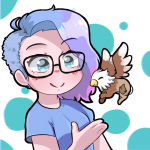