Discover Sci-Fi! Well, about all you need to really say is “FREE BOOKS!” 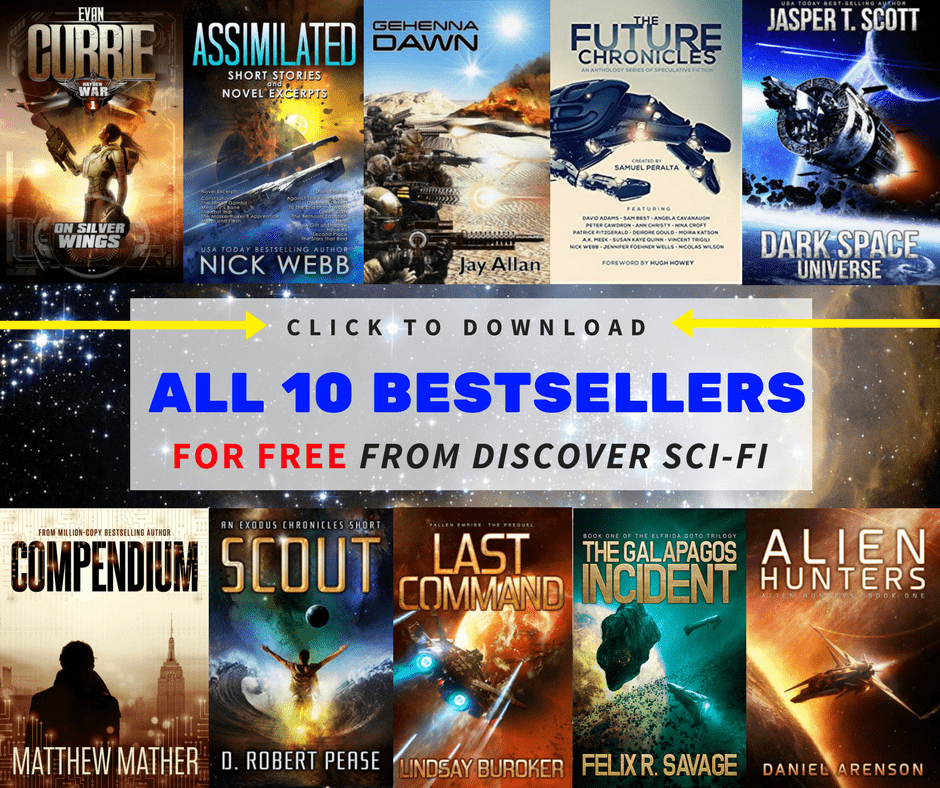 I discovered Discover Sci Fi through Facebook and was more than happy to grab the five free ebooks they offered for signing up to their mailing list – they now offer 10 free books for signing up, which you can do here. The project appears to consist of a blog and the Insider newsletter, which I urge everyone to check out. The project showcases a wide range of works in the genre, aimed at the aficionado and newbie alike, with plenty of freebies and discounted books (though, of course, it’s always good to pay for authors’ works!).

I was intrigued by the idea, for a variety of reasons. First, it brings to readers’ attention works that might only be found randomly on places like Amazon, Barnes & Noble and so on. Second, it collates titles in our beloved genre and is a positive sweetie shop (that’s Scots for “candy store”) of books that positively make the eyes – and potentially the mind – pop.

As I felt it would be of interest to Amazing Stories readers (on the off chance you haven’t heard of Discover Sci Fi or were aware of it and haven’t yet checked it out – if the latter, shame on you! A good starting point is to check out the author pages.)

JD for ASM: The title of your project suggests you are aiming for people who may not already be reading science fiction as well as those who love the genre but enjoy recommendations of what to read. Is that the case? Or can you tell me more about the thinking behind what you’re doing?

Samuel Peralta for DSF: Science fiction has always been regarded as a bit of a side road on the superhighway of mainstream fiction, both for books and film. But recently, projects that have caught the imagination of the public – The Handmaid’s Tale, Arrival, and The Shape of Water, for example – have made people realize that, gosh, they may actually like science fiction. That’s the sense of discovery that we’re trying to create. We didn’t start thinking that way – it was a more personal idea of discovery that we started from – but that’s how we’ve evolved.

JD for ASM: How did the project come about and who was involved?

SP for DSF: The group started out with three authors – Matthew Mather, Nick Webb, and myself, Samuel Peralta – all successful independent speculative fiction authors who also happened to be voracious readers. They had a common thought: with all the books being published through new platforms like Amazon’s Kindle, how could a reader discover the best books in that embarrassment of riches? Their answer was to form a coalition of authors – intimately familiar with the best new independent writing – who could curate a regular list of suggested reading. Since Matthew, Nick and Samuel and their friends loved science fiction, they decided to focus on the genre they knew best, to focus on helping readers discover the best of new science fiction. Hence, Discover Sci-Fi.

JD for ASM: You offer a generous package of free titles for new signers. How did you engineer that – for example, through authors themselves, through agents and publishers or some other way?

SP for DSF: The core group of DSF – who collectively design and launch the promotions – now numbers twelve authors, all of whom contributed the first free titles that we give away to new subscribers. Since early 2018, the group has worked with over fifty other authors, and we’ve forged agreements with all of them to offer specific titles for free, or for discounts of as much as 90% for boxed sets, to our growing list of subscribers.

JD for ASM: Can you tell us about the team who write the Insider, what their backgrounds and interests are?

SP for DSF: The Insider blog was our first initiative, and we’re expanding that to include interviews and podcasts. The core DSF group are behind those initiatives –  Matthew Mather, Nick Webb, myself, along with Evan Currie, Jay Allan, Lindsay Buroker, Daniel Arenson, Nicholas Sansbury Smith, Jasper Scott, Joshua Dalzelle, Bobby Adair, and Steve Konkoly. There are a lot of us, so it’s difficult to go into detail! For those who’re interested, each one has been or will be featured on the Insider.

JD for ASM: I notice you sell many of your books through Amazon – does that mean you are an affiliate? If so, is this a model that you plan to continue with or do you see yourselves ultimately as a competitor in the science fiction market, or as some other kind of entity – and when I say “entity”, I don’t mean in the alien biology sense!

SP for DSF: We are an affiliate of Amazon, but our books are also sold through other venues, including Barnes & Noble, Kobo, GooglePlay, Apple iBooks and more. Paperbacks from some of our authors are also available at leading bookstores, and many of our titles are sold through Audible and other leading audiobook distributors. We don’t see ourselves as a competitor to any of the distributors – we’re a strong partner who can expand their sales through our own complementary channels.

JD for ASM: What are your aims and objectives for the project?

SP for DSF: We aim to be among the most reliable sources that readers turn to when they look for science fiction. Whether you’re looking for literary speculative fiction, or a chance to escape from the world in space opera, or for an edge-of-your-seat read with military sci-fi or technothrillers… you’ll find it at Discover Sci-Fi. Also, naturally, world domination! Resistance is futile!

JD for ASM: Aside from world domination, where do you see yourselves in five years’ time? For example, will you be offering foreign language titles in other countries, or diversifying in some way using other media?

SP for DSF: Most of all, we see ourselves reaching hundreds of thousands of readers, perhaps millions. Our mission is to help bring new quality science fiction writing to the forefront, to spotlight the most promising authors in this new silver age of science fiction. Discover Sci-Fi is a platform for growth, that could see some of our works pushing into new media, being made into television series or films. That future may be coming sooner than you think. The future always has a way of surprising us. 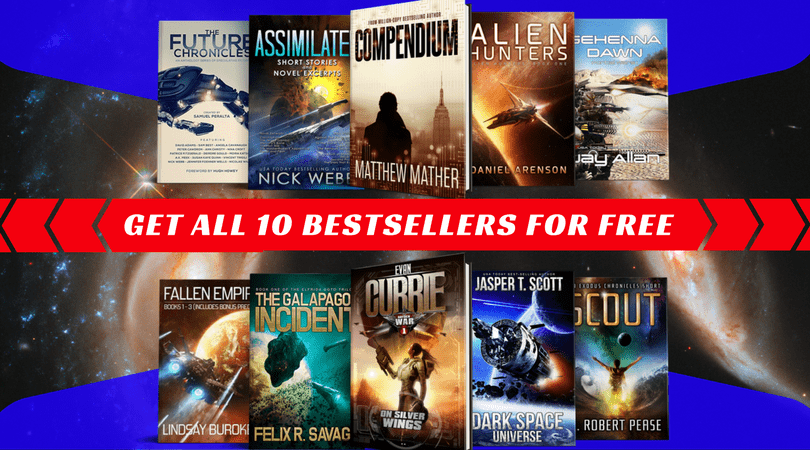 an interview with the unstoppable game designer, author and illustrator – Gary Chalk.

The latest and greatest from the spanish speaking (writing) genre world!