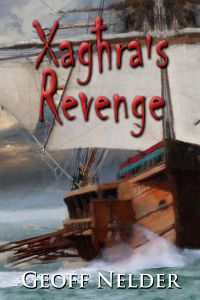 In the mid-16th century the Turkish buccaneer Rais Dragut raided the Maltese island of Gozo. Rounding up almost the entire population of five thousand people, including locals Stjepan and his wife Lidia from their village of Xaghra – home to a mysterious stone circle and ancient temples. Forewarned by an alarm raised in their village Xaghra, they managed to hide their baby with Lidia’s father but were themselves then captured by the corsairs. Dragut keeps his prisoners aboard his ships while he battled the Knights of Saint John at Tripoli, and when he finally triumphed those who survived imprisonment were sold into slavery.

Fast forward several hundred years to the 21st century and Reece, a US government agent, is pushed from behind and collides with Zita, a lady whom he becomes infatuated with. Little does he know the hand that fate has dealt them, that they both have Mediterranean lineage and they are linked to the terrible events of so many centuries before, and that history demands revenge. Add a mysterious artefact to the plot and the tale really gets going.

Geoff Nelder doesn’t disappoint with this well-written, time-travelling historical fantasy. His easily read, fluid writing style holds the attention and it’s hard not to feel sympathy for his characters, their fates, and those of the islanders.

Based on historical fact, this is a book I enjoyed from start to finish and can heartily recommend.