Home Interview Behind the Scenes with a Voice Actor 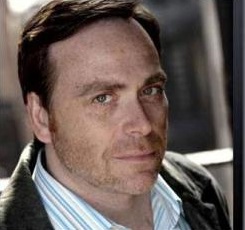 Brad Wills is a popular, Audible-approved voice actor; after hearing his audition, I knew I needed his talent for my comedic vampire novel An Unconventional Mr. Peadlebody. The world of drama, acting, portraying of different characters has always fascinated me. I guess I’m a sort of wannabe when it comes to that profession, though I’ve never had the nerve to step through the velvet curtain of the theater (I always came in from the back). So when Mr. Wills offered to do an interview to tell us about his journey as an actor, I was elated! Please enjoy.

1. Tell us about yourself. How did you come about being a voice actor?

It’s a long and convoluted story, so sit back and grab a glass of wine. I had worked as an actor in NYC for 20 years, on and off as it usually goes in that crazy business. But after the first incredible seven years, my career tanked and I spent a majority of the time out of work. Eventually I grew very disheartened and decided to move home to KY to be with my mom, who was alone after my father had died.

The week before I was set to move back, I received a call from an old college friend with whom I had collaborated numerous times in community theatre in the days before my professional career. He was coming back to KY as a guest director of a show for the University of KY Department of Theatre, and wondered if I would be interested in taking on a role and working alongside the students. I was a bit ambivalent because at that point, I pretty much wanted to close the door on performing and find a stable job. In fact I almost refused outright, because I was to be working alongside another college alumni, Teresa, with whom I’d had a contentious relationship. Well, ok…we had hated each other! Like, serious animosity toward one another. Worse, she was to play my wife and I was utterly disinterested in sharing the stage with her. But at the last minute I bit the bullet and agreed to do the show, despite my deep reservations. Well, time and fate can play some sneaky tricks, and when Teresa and I met again after 30-some years, we found that we truly got along with one another and were embarrassed at our former petty and childish drama games, and we happily embarked on an episode of reconnection and reconciliation.

As it turned out, Teresa, too, had just moved back to KY from LA, and had quickly made a connection with an engineer who wanted to move out of music production and into the world of audio books. He and Teresa had recorded a few smaller projects together in the prior months. One day during rehearsal, Teresa mentioned that I should give it a try and set me up with her engineer. (I’m leaving a bunch of boring stuff out because the aforementioned glass of wine is probably empty already.) He and I recorded and submitted a few demos, and I had my first gig within a week. And I haven’t stopped since.

2. You do an amazing job of creating different voices. Where did you learn to be so versatile?

For as long as I can remember, I’ve been a mimic. Actors, singers, teachers, co-workers friends, family…nobody was safe! Similarly, accents have always been easy for me to pick up. Probably due to my musician’s ear; I hear rhythms, tones, cadences, etc. That skill came in VERY handy when I was a vocal performance student, too. I don’t really think too much about it because I then get bogged down in focusing on technique rather than trusting that the sound will come out the way I want it to.

3. How do you determine what kind of voice to use for different characters? Do you impersonate different actors that you’ve seen? I’m really curious as to the process. Can you explain it?

Usually I’ll apply one of my stock voices to a character based on their personality traits. For instance in the character breakdown of An Unconventional Mr. Peadlebody, you had described Gerald as a bit of a prudish dandy, and a total failure as a vampire. So I used a more nasal, reedy, affected tone to portray those characteristics. It’s a voice I typically use for grousers and malcontents. So with an added bit of cheekiness and fey pomposity, it seemed to suit Gerald well. As for the character of Gainsworthy, yes I did pay a calculated tribute to a certain actor/director and a notorious character he once played. To tell people why would spoil the mystery of the book, though! I’ve also taken inspiration from numerous old character actors from Hollywood’s Golden Era. Turner Classic Movies has been invaluable.

4. I know you collaborate with a specific studio. Tell us about your partner and how you two work together. What does a recording session look like?

I work with Neil Kesteron, owner of Dynamix Audio. He and I are both Audible Approved Producers. What does a recording session look like?…uuuuuhhhh…it’s really boring. I’m in the recording room, elegantly dressed in a t-shirt and shorts, and Neil is in the control room following along with his manuscript and taking notes as I narrate. I make billions of mistakes, curse, laugh, burp, holler, etc. It’s fun, frustrating, or tedious depending on the day, and it requires a great amount of focus. We’ve been a team for almost three years now, and I trust his timing, craftsmanship, professionalism, and the occasional bits of direction he might offer.

There are so many voice actors offering their services to authors these days, and with audio book sales on the rise, it’s enjoyable to hear their side of the story. Thank you Brad Wills for giving us a peek behind the curtain!

Brad Wills is an actor with almost 25 years of professional experience. He’s played Broadway (ANNIE 20th Anniversary in 1997), National Tours (ANNIE – again, MAMMA MIA!, and THE WIZARD OF OZ), and lots of Regional and Stock, with appearances at Ford’s Theatre, DC, Goodspeed Opera House, Theatre-by-the-Sea, and Merry-Go-Round Playhouse.  Other endeavors include a stint with Pieces of 8 (an a capella jazz octet) with whom I recorded a CD entitled FALLING TOGETHER, a studio recording of the Grammy-nominated DESIRE UNDER THE ELMS (Best Opera Recording, 2004), NY Cabaret, etc.