Discussion of some of their favourite science fiction romance series by authors and fans. 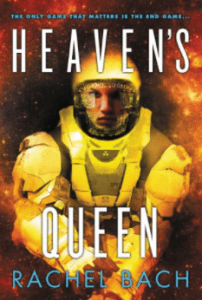 For this post I thought it might be fun to talk about favorite series and what books readers would like to see next. I went back to my ever helpful SciFi Romance Group members, as well as the SFR Brigade, both on Facebook, and kicked off the lively discussion. As reader/blogger/reviewer K. J. put it, “I tend to always want ‘at least one more’ in all series I like!” We established a ground rule that none of the conversation was intended to put any pressure on authors who might be mentioned. Strictly a discussion for fun and to share stories we’d enjoyed for others to discover. Just because there isn’t a brand new entry in a series doesn’t mean a reader can’t have hours of enjoyment with the volumes that have been written.

Why wouldn’t an author continue a series that readers love? Let me give a few reasons, not meant to be an all-inclusive list, but things I’ve seen discussed over time in many an author group. First, in the traditional publishing world, the series itself may ‘belong’ to the original publisher, who may decide after the first book or at any point in time that they have no interest in continuing. Perhaps the sales weren’t strong enough for their corporate needs. Perhaps the company is pivoting away from science fiction romance or vampires or ancient world romance (which happened to me). I was lucky enough to have the rights to use my characters and continue that particular series but increasingly, as intellectual property becomes so important to corporations, the contract clauses aren’t written so generously and the publisher retains those rights. They may in fact also be able to keep the author from ‘competing’ in the same genre with a different-but-similar series.

Also an author, especially an independently published person, has to look at what sells best for them. A writer may personally love those shifter vampires from planet 37 and have a small but rabidly loyal reading fanbase for the series…but can’t pay the rent with those royalties. Maybe the series just didn’t click with the wider audience. So the author feels compelled to move on to something else (usually with regret, let me assure you). Or the author has told all the stories they intended to tell in that world and the series arc is DONE. Sometimes the author may actually tire of the whole thing. Even Arthur Conan Doyle got fed up with writing Sherlock Holmes and tried to kill the great detective off.

Another occupational hazard of being an author is the shiny plot bunny. You sit at your desk planning to work on your next volume in the ‘planet 37’ series and oh wow, the thought crosses your mind, what if I wrote corgi shifters on Mars? (I’m being pretty silly in my examples mostly to avoid even remotely seeming to mention an actual author or series.) That has happened to me – I was working away on one science fiction romance series when I got excited about the plot ideas inherent in alien empaths being held captive by an interstellar crime syndicate and forced to help commit crimes. So far I’ve written three in the series, with a fourth coming in November. Meanwhile the book I was planning to write sits and waits. No good idea is ever lost. Unless you forget to back up your hard drive.

Or there may be an emerging trend in the author’s genre or a different genre they’ve always wanted to write and they can’t resist the siren call to try their hand and ‘write to market’.

And sometimes, I say in a hushed whisper, an author actually does suffer from writer’s block and simply can’t get the words out. The characters or the Muse, or both, aren’t talking to them.

Enough of that background though – on to the series the readers talked about with happiness and longing for MORE. 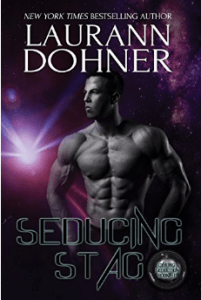 Laurann Dohner’s Cyborg Seduction series came in for quite a few mentions. Her most recent in the set was Seducing Stag (Book 10). Here’s the start of the plot synopsis: Stag and the crew of the Varnish are on a mission, responding to a distress signal of a freighter that has been attacked by the Markus Models. Instead of finding the enemy, they discover one sole survivor. Nala’s a human, and having suffered at their hands during his time on Earth, there’s no species Stag despises more. But when the petite woman confuses him for an android and tries to order him around, Stag decides she’ll live—and pay for her slights.

Nala Vestria has lost her freighter, her crew and her father, only to become personal maid to a cyborg. Stag is surly, short-tempered, and completely untrusting of humans…not to mention intense, commanding, and maybe the hottest being Nala has ever seen….

Author Cynthia Sax, who writes her own sizzling cyborg series, had this to say:  “This was the series that first made me fall in love with cyborgs as romance heroes. Happily, I know she’s working on the next story. I also know it will be well worth the wait.”

Her sentiments were echoed by a number of other readers.My own favorite from Ms. Dohner is the New Species series, which seems to be finished for now (but like any other reader, I have hope).

Reader/author Alexandra C offered up her favorite: “I devour the In Death series books by J.D. Robb. They’re like popcorn. The fast-paced plots and detective work are definitely my meat and drink. I can’t wait for the new installment…” 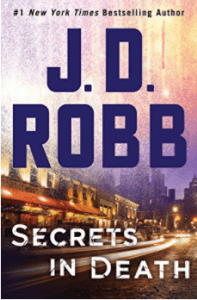 The book to which she was referring was Secrets In Death: An Eve Dallas Novel (Book 45, which was indeed recently released). Here’s the plot: The chic Manhattan nightspot Du Vin is not the kind of place Eve Dallas would usually patronize, and it’s not the kind of bar where a lot of blood gets spilled. But that’s exactly what happens one cold February evening.

The mortally wounded woman is Larinda Mars, a self-described “social information reporter,” or as most people would call it, a professional gossip. As it turns out, she was keeping the most shocking stories quiet, for profitable use in her side business as a blackmailer. Setting her sights on rich, prominent marks, she’d find out what they most wanted to keep hidden and then bleed them dry. Now someone’s done the same to her, literally—with a knife to the brachial artery.

Eve didn’t like Larinda Mars. But she likes murder even less. To find justice for this victim, she’ll have to plunge into the dirty little secrets of all the people Larinda Mars victimized herself. But along the way, she may be exposed to some information she really didn’t want to know… 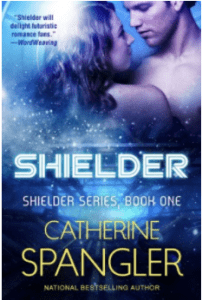 Authors and series wistfully mentioned (but as far as we know there’s nothing currently planned), included:

And in a class of his own, George R. R. Martin and A Song of Fire and Ice series (aka Game of Thrones) – hey, he’s working on it!

What series would you like to see more of?

A great quest with a deadline opens this homage to Victorian/Edwardian adventures.

If you love to start your day with photos of catacombs and bone chandeliers, or listen to ectoplasmic psychodramas while doing your grocery shopping, then quality genre-related newsfeeds that bring you the best art, fiction, news and reviews are an essential part of your life. We’ll be doing plenty of that, here at Amazing Stories, […]