A pillow, and a silent scream

In front of me was a series of man-sized drawers. Dave Carrion’s body was in one of them. I shone my torch over them inspecting the labels. Eventually I found one with his name on it.

“It’s here, right in front of me,” I said, pulling on the handle.

It slid out smoothly on greased rails, accompanied by clouds of mist. As the mist cleared I saw Carrion’s body lying in it, his face oddly peaceful.

I should’ve left him that way.

Vic spread out a body bag on the floor, and together we hefted Carrion’s body into it. He wasn’t a big man. If he had been, we’d have had problems.

I zipped the bag shut.

“Get a move on!” It was the porter Vic had bribed to let us into the mortuary. “The security guard will be patrolling this corridor any minute now!”

We each took an end of the bag and hurried from the room. The porter locked the door behind us, and, breathing heavily from the exertion, we stumbled with our grim cargo to the car and placed it in the boot.

It took everything we had to carry it that far and when we’d done we were so spent we couldn’t do anything other than stand around wheezing.

The porter ran up to us.

“What are you two waiting for?” He demanded. “Get out of here. It’s more than my job’s worth if this caper gets rumbled.”

Somehow we found the energy to climb in the car and leave. When we got back to the bungalow, we put the body in the spare room.

“I don’t know what you want that thing for,” Vic said. “But I hope it’s not going to be here for long.”

I left Vic and got a wire coat-hanger from my wardrobe, which, with the aid of a pair of pliers from the garage, I twisted into the shape of an Ankh; then I cut a length of rope from the clothesline and fashioned it into a loop; and finally, took a stone from the rockery, on which I scratched a magical symbol, transforming it into a Harvesting Stone.

I didn’t require the Encyclopaedia Infernal to guide me in my actions, as my recollection of the chapter on raising the dead was perfect in every detail. Perhaps I had a talent for that sort of thing; more likely, Moloch was helping me in some way.

When my preparations were complete I went to see Dorothy.

She was propped up by a pile of pillows into a sitting position, staring in the direction of the television at the foot of her bed.

In my hand I was clutching the Harvesting Stone. It sent pulses of some unknown energy up my arm which made me feel strong.

I sat on the side of the bed and began talking to her.

Even though she couldn’t understand me, I thought it best to offer her a few words of comfort.

“It’s time, Dorothy,” I said. “You don’t know what I’m talking about, but I think I should explain it all the same. You don’t have a life any more. You have an existence. It isn’t dignified, and it isn’t right. I’m here to deliver you from it and give you peace. I’m going to take your life now. I’m sorry, but it’s the best thing for you.”

I put the Harvesting Stone on her bedside table then went to the bottom end of the bed and pulled her feet, sliding her into a prone position, flat on her back, staring upwards at the ceiling.

Then I took one of the pillows from the pile behind her, got on the bed, and knelt astride her.

She stared up at me with tearful eyes.

If I hadn’t known better, I would’ve thought there was fear in those eyes.

“It’s all going to be over, soon,” I said. “You’re going to go to sleep, and never wake up. You’re going to get the deliverance you’ve been praying for. You’ll find peace, at last.”

I raised the pillow in readiness to suffocate her, noticing that beneath her chin there was a pouch of flesh which was quivering. As I lowered the pillow, her mouth fell open and a small stream of spittle ran from the corner of it.

I put the pillow over her face and prepared to do the deed. A terrible guilt descended on me and I hesitated, but then I reminded myself she was little more than a vegetable, and bore down with all my weight on her.

I wasn’t killing a human being, I told myself, just an unthinking lump of flesh animated by random pulses of her nervous system.

Above me, the pendant light cast its baleful glow over the room. The pattern on the carpet seemed to swirl with malice. The television provided a surreal soundtrack of jolly music, while a minor celebrity extolled the virtues of eating a breakfast cereal he’d been paid to promote.

Dorothy’s arms and legs began to thrash and muffled cries erupted from under the pillow.

No doubt those were mindless reflex actions, although they gave the spooky impression that she was fighting for her life as best she could, trying desperately to escape the fate I’d planned for her.

I maintained an even pressure. I’d never done that sort of thing before, but it seemed I had a talent for it.

Dorothy’s thrashing became less frantic then subsided into a feeble twitching; her cries ceased; and finally, the twitching stopped, and I smelled the unmistakable odour of fresh shit.

Dorothy had soiled herself.

I didn’t know whether this betokened death, or whether it was the precursor of death.

In order to be certain I’d killed her, I kept the pillow pressed firmly on her face. After another five minutes or so without any movement or sound from Dorothy, I removed it.

The expression she wore was reminiscent of the famous painting by Edvard Munch.

Her mouth was hanging open in a silent scream.

It was not a visage you could ever have described as peaceful.

But still, she had to be more peaceful in death than she had been in life.

The thought occurred to me that soiling yourself might only happen during a murder, and might not take place when death is the result of natural causes.

I realised I had more work to do.

Next – new chapters are published every Tuesday and Friday 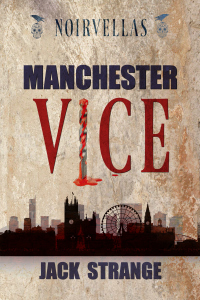 The Naming of Awards and the Taking Down of Monuments

Ever been forced to watch a chorus that’s off key…? Episode 4 of The Strain is kinda like that.

In probably his longest column ever, Steve talks about the movies (and a TV show or two) that he watched every night this month in preparation for a spooky, isolated Halloween!

Did A US Navy Scientist Just Invent A Room-Temperature Superconductor? – Slashdot

Balticon 2014: Getting Back My Groove