Summer is here and so is the next gargantuan shipment of shows from Japan. Take a look at what’s showing up a few days from now.

It seems to happen faster and faster, doesn’t it? It’s almost time yet again for the hourglass to turn and a bunch of new shows to spill onto the international streaming sites. As always, click through on the show names to see the official sites, with promo videos, more art, etc. 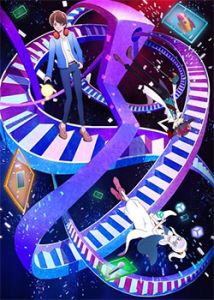 The premise: A young man falls into a dreamworld and learns to navigate it with the help of a scientist and a girl who is invisible to most people.

The buzz: Even the video game it’s based on hasn’t been released yet, so there’s very little information to go on. It looks cool, but who knows if the other aspects will hold up. 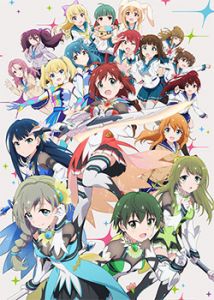 The buzz: Exactly what it says on the tin, except that it should also say “copied from dozens of largely identical predecessors”. 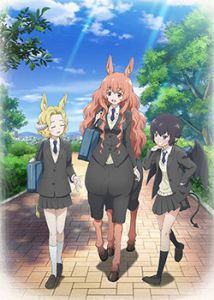 The premise: A centaur and other fantastical creatures go to high school.

The buzz: Wait, didn’t we just see this a couple seasons ago when it was called Interviews With Monster Girls? And a while before that, when it was Actually, I Am…? Cute supernatural high school girls are definitely an overused trope now, and maybe this will turn out okay but argh. 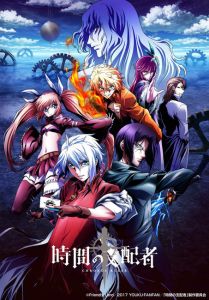 The premise: A protagonist aging backwards and others with time-manipulation powers fight time-eating demons.

The buzz: Points for a stylish promo video, but otherwise this doesn’t look very promising. 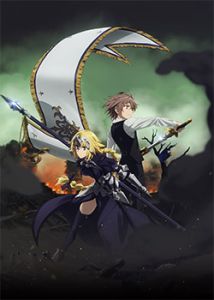 The premise: Assorted people summon historical figures to fight over the Holy Grail.

The buzz: If you love the Fate franchise, here is some more of it. 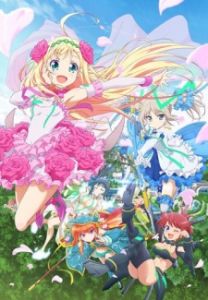 The premise: A princess and her assorted quirky classmates go to a high school for teenagers with special powers.

The buzz: The same game that gave us the terrible Luck & Logic is getting another adaptation? The only reason for hope is that this looks like a substantially different show, slice-of-life instead of deadly serious action. 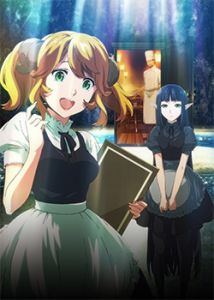 The premise: Every Saturday, a restaurant serves patrons who are visiting from fantasy worlds. 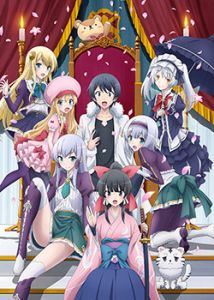 Isekai wa Smartphone to Tomo ni. (In Another World With My Smartphone.)

The premise: After a teenage boy is killed by lightning, God makes it up to him by reincarnating him and his phone in a fantasy world.

The buzz: Of course, the previous show doesn’t mean we can’t still have miserable remixes of stale fantasy clichés too! Despite the one twist, this looks like it’ll hit all the standard beats and hopefully be forgotten the moment this season ends. 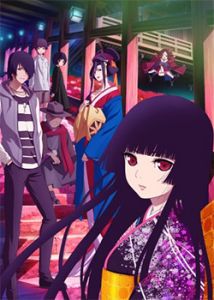 The premise: Stories of a girl who can exact deadly revenge at the cost of the client’s life. Half the stories will be new and half from previous series (or remakes of them).

The buzz: Hell Girl isn’t a major franchise, but it’s had staying power. This should probably be decent but not great. 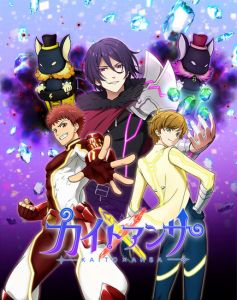 The premise: Two young men have five hours to solve some puzzles to keep the city of Tachikawa from disappearing.

The buzz: The series it’s following up, Nazotokine, was eminently forgettable, so the biggest puzzle is why it got a sequel at all. 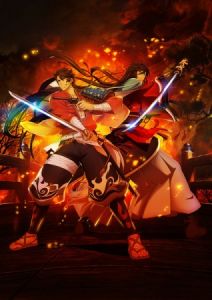 The premise: Anthropomorphized swords fight meddlers from the future to preserve Japan’s history on the eve of the Meiji Restoration.

The buzz: Like Hina Logic, this is the second adaptation of a game done in a completely different style to the first, but this time the switch is in the other direction, going from a vapid slice-of-life show no one liked to serious historical fantasy. Again, maybe the new tone will suit it better. 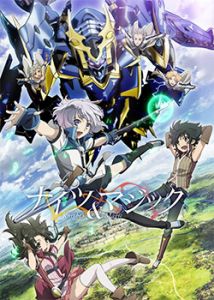 The premise: A mecha fan dies in a car accident and is reincarnated in a world where he can train to pilot mecha.

The buzz: Looks like another standard wish-fulfillment portal fantasy. Next! 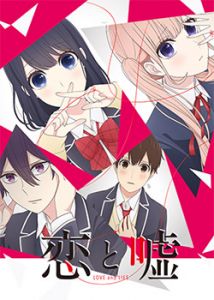 The premise: In future Japan, everyone is assigned a spouse at age 16, but one 15-year-old boy is already in love with someone.

The buzz: Despite the unusual premise, the manga is not well-liked, so don’t hope for much. 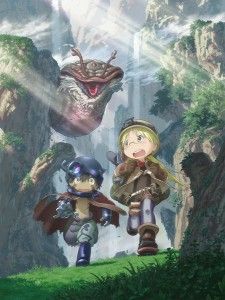 The premise: A young girl ventures into a world-spanning cave system with a robot boy.

The buzz: Interesting premise, great art, and good reviews of the manga mean this could be the sleeper hit of the season. 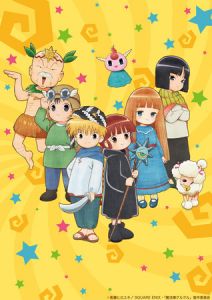 The premise: A novice knight and a novice witch set out from their village to fight the Dark Lord and have comical adventures.

The buzz: Largely ignored, except for some big fans of the original. 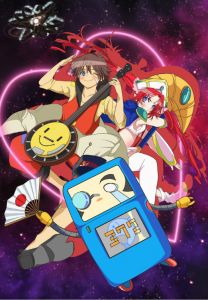 The premise: A space garbageman accidentally revives an interstellar fugitive and goes on the run with her trying to restore a galactic alliance.

The buzz: Surprisingly muted given that the show this follows up, The Irresponsible Captain Tylor, is an enduring favorite. Partly it’s because this will be a series of shorts rather than full-length episodes. 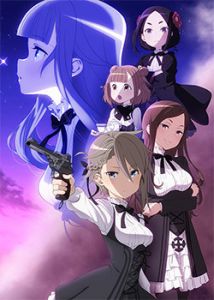 The premise: Five secondary-school girls in an alternate-history England, where London is divided like Cold War Berlin, are also accomplished spies.

The buzz: It seems to have the ingredients for awesomeness, but with an original series you never know if it’s going to turn out well or just be a huge mess. 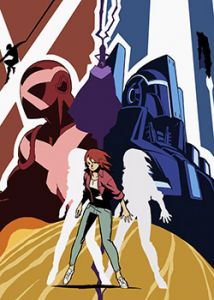 The premise: A series of natural-seeming disasters leave the people who survive them with superpowers.

The buzz: Another Western-style superhero show isn’t necessarily anything to write home about, unless it’s one that involves Stan Lee. The last anime he was involved with came out fine, so there’s every reason to expect this will at least be solid. 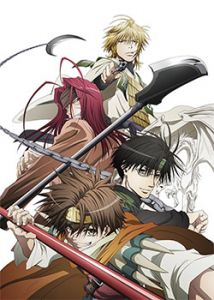 The premise: A party of dieselpunk adventurers has arrived in India to try to stop the resurrection of a demon king.

The buzz: Another franchise that’s been plugging along for a good long while that isn’t getting the excitement you’d expect. 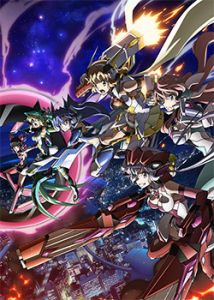 The buzz: The Symphogear franchise is known for music and action; it is not known for deep or intelligent storytelling. Expect more of that. 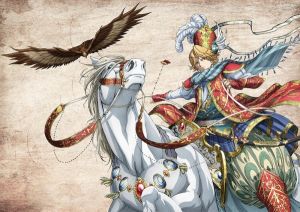 The premise: The young ruler of a fantasy kingdom based on the Ottoman Empire faces a crisis that could lead to war when a minister is assassinated.

The buzz: May come across as dry to people who prefer high-action fireball-slinging fantasy, but a rarely-imitated part of history plus meticulous attention to how the world works are expected to make for some fresh, solid drama. 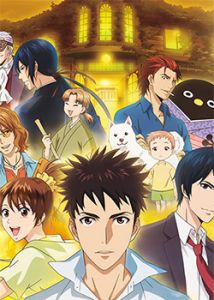 The premise: A high school student rents a cheap apartment to live in on his own, but the catch is that it’s massively haunted. The catch to that is that the spirits become his good friends.

The buzz: This is usually the setup for some horrible cringey fanservicey attempted comedy where one guy has to fend off endless waves of would-be girlfriends, but in this case it looks like it might be okay.

Well, I for one am intrigued by the imminent return of oldies in the form of Jigoku Shōjo: Yoi no Togi and Saiyuki Reload Blast. Though I think the very top of my list is either Made in Abyss or Shōkoku no Altair, and 18if is definitely in the mix too. What are you excited about?

This week we take a look at the top ten best robots of all time. The rules are simple. Each robot must have a unique name and identity. We will not include classes of robots like Cylons or Transformers. The entries can be real or fictional. As always, let me know who I left off in […]

Reading more like a classic western than a chilling fantasy, The Witch’s Promise by John Dodds is a compelling novelette offering hope that there can be a rich reward to being different.

How to Create a Top 100 List for Science Fiction Literature