WARNING: GROSS GENERALIZATIONS (AND MAYBE A SPOILER OR TWO) AHEAD 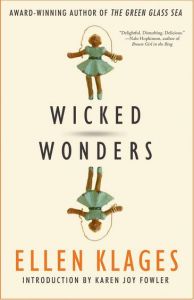 It’s a war that neither side can win.

What both sides do not seem willing to acknowledge is the pleasure people on the other side get from reading what they primarily read. Literary snobs refuse to accept that being swept up in a well told adventure sprinkled with ideas can be highly enjoyable. In a similar fashion, genre snobs (you know who you are) refuse to recognize that there is pleasure to be had in negotiating complex, sometimes experimental narrative structures and negotiating language games.

The popularity of the television adaptation of Margaret Atwood’s The Handmaid’s Tale (which was just renewed for a second season – now, that should be interesting!) reminds us that some authors combine the best of both worlds into a genre that can be referred to as literary speculative fiction. These authors (who include Kurt Vonnegut, David Mitchell and, arguably, Thomas Pynchon) tell affecting, involving stories with a precise, creative use of language often set in innovative narratives. Style and story.

I would say that Ellen Klages writes literary speculative fiction. Her latest short story collection, Wicked Wonders contains tales of fantasy and science fiction, but it also contains a couple of stories without a speculative element and even a short non-fiction story (“The Scary Ham”) that may be the funniest, most entertaining of the lot.

In terms of genre, Klages primarily writes fantasy. In “Friday Night at St. Cecilia’s,” for example, an encounter with a witch results in a girl entering a world in which she must negotiate the board games (including Clue and Snakes and Ladders) of youth. “Caligo Lane” is a fascinating, original story about a woman who is able to create magic by folding pieces of paper (yes, origami).

She leavens this with a couple of science fiction stories, including “Amicae Aeternum,” about the last day on Earth of a girl who is about to leave for the stars. Then, there are stories that seem like they could be genre, but turn out not to be. “Sponda the Suet Girl and the Secret of the French Pearl” is a rollicking tale set in the past that appears to be about a magical pearl, but is really about the application of science that creates the illusion of magic for the main character…and margarine. Then, there are the stories which are really literary: “The Education of a Witch,” for example, is about a young girl who identifies not with the Princess of Sleeping Beauty, but Maleficent, the evil witch.

Even when she does write genre fiction, Klages’ focus is invariably on human beings rather than technology. In “Amicae Aeternum,” for example, she creates a melancholy mood by exploring the main character’s last day on Earth, how she becomes aware of all of the simple things that most of us take for granted that she will be leaving behind (the story actually ends before the ship leaves). A straight science fiction writer would have told the story in a very different way to very different effect.

When she leaves the genre tropes behind, Klages’ stories can be even more emotionally resonant. “Woodsmoke,” the longest story in the collection, details one girl’s experience at summer camp, as she slowly begins to awaken to her sexuality. The ending (I won’t spoil the surprise, except to point out that it is not a genre twist) casts the story in a new, more complex light; but it’s the deliberate pacing of the story, with its unfolding of the hot summer days of youth in which anything is possible, and copious detail in describing the day to day life of the camp that make it such an affecting read.

Yeah. Attention to detail is one of the key differences between most genre and literary writing. I recently read a well known science fiction author claim that he only gave physical descriptions of characters when it was necessary to support a plot point. I’m not sure what the theory behind this is: descriptive detail is just grit that gets in the way of the smooth working of the cogs of the plot? I, on the other hand, have long understood that art finds the universal in the specific, which suggests to me that writers – even genre writers – should provide as much detail as possible to allow readers to understand the very specific reality of the world of the story they are reading.

I loved the detailed specificity of Klages’ writing, the way she finds evocative words and phrases that really paint a picture of the reality she is attempting to portray. “No one used this path in a long time, that was for sure,” Klages writes in “Gone to the Library.” “Saplings sprang back, hard, against her bare arms when she pushed through. Twigs snagged at her ankles, and her white socks were soon covered with a carpet of tiny green burrs that would take forever to pick out. But it was a path, marked by more piles of rocks topped with the same red-painted crosshatch.” Prose like this, throughout the book, makes the reader feel like they have entered her stories rather than are merely experiencing them.

Ellen Klages’ Wicked Wonders is smart, sad, funny, moving fiction, much of it with a speculative fiction bent. Pure spec fic fans will likely not find enough genre tropes written in a style they are used to to be able to enjoy it. But the adventurous reader who is open to the mixing up of styles and subject matter will find it highly entertaining.