Ed Bryant is probably not the first name that comes to mind when you think of humorous genre fiction. In fact, his name may not come to mind at all when you think of humor stories because he didn’t write many. He was better known for short SF identified with the New Wave and for his horror stories. But I am featuring two of his stories this month because they are funny, because he passed away earlier this month, and because his legacy will have an impact on the SF/F/H genres for a long time to come.

I will not rehash a full list of Ed’s writing credits, or his awards and nominations, or his many positions of honor at conventions. Others have done that fairly effectively, including Locus and File770. Read those and come back.

Ed was a kind, witty, and self-effacing man, the sort of person you can’t imagine having enemies. If anyone didn’t like Ed, I can only suppose it was because he had an enviable character. I only got to know Ed personally after joining his writing group a year ago, so again, I will defer to others who knew him better. Search the internet and you will find many remembrances. Here are a couple to get you started from Connie Willis and George Martin.

Perhaps Ed’s greatest legacy comes from his role as teacher, mentor, encourager extraordinaire. He selflessly gave his time to developing writers in groups like the Northern Colorado Writers Workshop, which he formed in 1972 and remained active in right up to the end. Members of the group have gone on to win Hugo, Nebula, Bram Stoker, International Horror Guild, and World Fantasy Awards. Some current members are just now starting to collect professional writing credits, so that in 2072, one hundred years after he founded the group, there may still be writers talking about how Ed gave them a nudge early in their careers. That is a long shadow. And it gets even longer for every writer influenced by Ed who pays it forward as he did.

But you came here to read about some funny short stories, so let’s get on with it. I will try to avoid spoilage as much as possible. 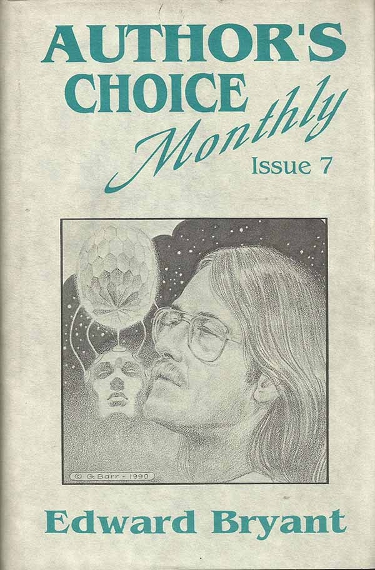 “Bean Bag Cats®” – Told as an exchange of business memos between company executives discussing the rollout of their latest product: Bean Bag Cats. These are living cats, genetically modified to have no legs. The discussion is as heartless and crass as it sounds. A darkly comedic satire of corporate ethics, or lack thereof, that is appallingly funny. This story was most recently reprinted in Ellen Datlow’s Tails of Wonder and Imagination anthology available from Night Shade Books.

“Bad German” – One of Ed’s last published stories. The greatest psychic detective of the twentieth century is getting up in years and struggling to adapt to modern technologies like cell phones and the internet. With the help of his hulking assistant, he takes the case of a doctor who is experiencing grotesque apparitions in his cellar. Both the ending and the story title are puns, but don’t let that put you off if you are not a fan of puns. Ed infuses the story with gothic atmosphere and amusing characters that can be enjoyed by all. “Bad German” appears in Kevin J. Anderson’s Blood Lite II: Overbite anthology available from Simon & Schuster.

Noticeable streaks of irony and satire run through many of Ed’s other stories, though they are not categorically comedy. And Ed likely wrote other humorous short stories that I just haven’t read yet (yes, I know, I have some reading to do). If you know of any other humor pieces by Ed, please share them with other readers by posting a comment below.