SPECIAL NOTE: This Friday, at the Westin Boston Waterfront hotel in Boston, I will be participating in Boskone 54, coincidentally being chaired by one of our long-time contributors – Erin Underwood (yay Erin!). I will be contributing to and/or moderating the following four panels:

Temperament and the Writer: How can a writer cope with the ups and downs of the writing biz? We thought about using the following title and description, but not all writers are miserable depressives!, with Leigh Perry, Esther Friesner, Richard Shealy and Ian Randall Strock
Geek Is Chic — Or Is It?:Twenty years ago, being a geek was definitely not a social asset. But modern society, marketing, and media are now branding geek as chic. With Frank Wu, Dan Moran, Flourish Klink and Leslie J. Turek.
A Cataclysm of Cats! Redux: with Lorraine Garland, Esther Friesner, Tamora Pierce and Bruce Coville
My Favorite Monster: Which monstrous creations have given us the greatest emotional response? with Vincent Di Fate, Adam Stemple, Julie C. Day and Bob Eggleton.
Boskone 54. Please join us.

The Failure of Free Speech (via Something Terrible)

Everyone is Linking to This

A Message for the President from Mordor (via Joseph Zitt)

How To SAFELY Leak Stories to the Marshall Project

Use Mobile Devices to Schedule Your Boskone

Writers of the Future team up to promote the future

New Release: Mouth of the Dragon

We’ve Had a 2nd Moon for a Hundred Years Now

See me down there?  I’m somewhere under that winter storm

Our newest T-shirt design is now available for order.  Printed on a 100% cotton long-sleeved T, our design strikes a blow for every fan who has ever been denigrated or criticized for their love of the genre.  If more people’s brains had been subject to the rot that is science fiction, we’d all be a lot better off!  (Available in small through 5 X sizes.) 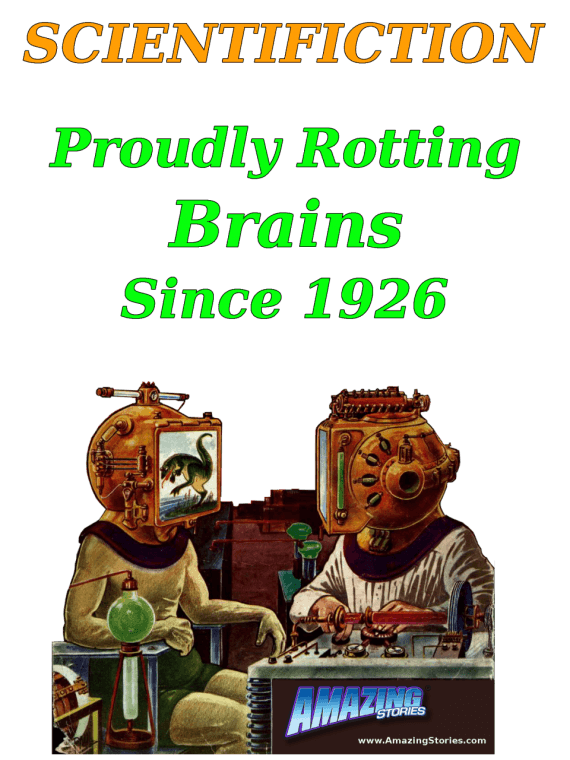 You can order it (please!) in our store right now.

Amazing Histories, May 1926: The Stories Continue

A review of America Fantastica

Science Fiction to Look for This April