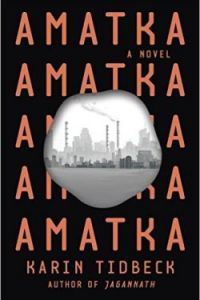 This an interview I have to do. It started after the Archipelacon and was in stand-by  for a lot of time. After the death of my husband I had some ups and downs… and unfortunately this interview was one of the things that went “down”. I thank Karen for her patience.

Karin Tidbeck is originally from Stockholm, Sweden. She  works as a freelance writer, translator and creative writing teacher, and writes fiction in Swedish and English. She debuted in 2010 with the Swedish short story collection Vem är Arvid Pekon? Her English debut, the 2012 collection Jagannath, was awarded the 2013 Crawford Award and shortlisted for the World Fantasy Award. Her work is included in The Year’s Best Science Fiction and Fantasy 2014 Edition (ed. Rich Horton, Prime Books), The Best Science Fiction and Fantasy of the Year, volume 8 (ed. Jonathan Strahan, Solaris 2014) and other anthologies.

Tanya Tynjälä for Amazing Stories: Do you have some recurrent themes in your work? What are they and why are you interested in them?

AS: But I have noticed in some of your stories that there is also a matter of just being “the other” in the society. Alson Jagannath – I noticed that family is in almost all the plots (even the title “aunts” for example) especially the mother figure is important, even if this family or mother figure are part of the “otherness”

KT: I’ve always been interested in the other, the alien, the thing that you as a person can’t understand. It’s frightening and alluring at the same time. It gets interesting when the other is something or someone close to you, like the family or a mother – the familiar and the strange all rolled into one.

AS: You have said that you don’t like labels and that you prefer not to label your work. This work indeed is difficult to label because you write some science fiction, mostly fantasy, sometimes both together. I have noticed this is something a lot of Nordic writers do. Why do you think there is this preference for mixing genres or blurring the limits between genres?

KT: Most Swedish authors of fantastic fiction do keep within the constraints of their genre. It’s rare to find science fiction or fantasy that blurs the genre definitions. That said, there are plenty of authors who write both fantasy and science fiction, or who write both mainstream and fantastic fiction; it’s also common to find mainstream fiction with fantastic elements. As for why, I’d say why not? Adventuring in the genre forest is fun.

AS: Do you consider your work is influenced by Swedish mythology and/or folklore? Is it an election or something you cannot avoid?

KT: I frequently make use of Swedish folklore, especially in some of the stories in my collection Jagannath.

Is it an election? You can’t get away from your own culture when writing, but my using folklore is a conscious choice.

AS: How do you use them in your work?

KT: I’ve used some of the creatures from northern Swedish folklore in several stories. I’ve also invented folkloric beings that I pass off as authentic creatures from folklore.

KT: I used to think so, but these days the process is pretty much the same. The only difference might be a certain slant to the language, but even that has evened out as the years go by.

AS: You have also translated Amatka into English. How was the process?

KT: I translated my novel Amatka from Swedish to English over the course of six months. Then I hired a professional translator to check it. It was a long process, made harder because the language in Amatka is extremely specific: it has no metaphors, similes or homonyms. Weeding those out took some work.

AS: Do you think there are socio-cultural implications to a country developing its own literature, and specifically science fiction? How is the weird considered in Swedish literature?

KT: I don’t know how important it is to develop a literary culture of one’s own as a country. I suppose it’s inevitable? Each country is a culture, and within that culture, literary traditions grow. As for the weird, there is barely a tradition of that in Sweden. Or I should say, it’s not a recognized genre as such. There are Swedish authors who write what could be classified as weird, but they’re usually classified as mainstream or fantasy/horror authors. 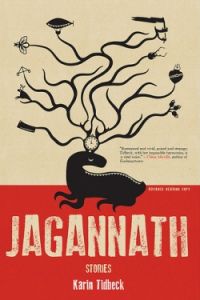 AS: Do you have new projects?

KT: Yes, new projects! I’ve worked on an interactive story game that was just released. It’s set in the RPG universe called World of Darkness, published by White Wolf. The game is called Mage the Ascension: Refuge, and takes place during the Syrian immigration crisis in Sweden. Also, the English version of Amatka will be out in the U.S. this summer. I’m currently working on a novel that could probably be classified as fantasy or weird fiction. It’s too early to say anything about that, though.