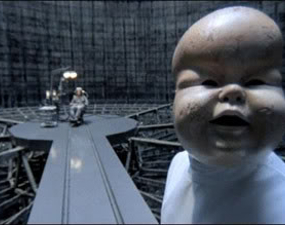 The mainstream press has been making bones for the past week or so about George Orwell’s novel, Nineteen Eighty-Four, shooting to the top of the Amazon best sellers list since Trump’s inauguration.

I thought it might be an interesting idea to re-read this famous tome.  Of course, I’m not doing anything to help Amazon’s numbers.  All I had to do was walk down to my library and pull it from the stacks.  Maybe I’m being elitist, but the circles I travel in read that book during their teen years, decades ago, and many, many, many of them have retained their copies.  I find it illustrative, if not troubling, that this novel, which served a couple of generations as a very effective detour sign, has obviously been neglected by so many.  Otherwise, they’d not now be playing catch-up.

The problem with that is, of course, that they were all supposed to read that book and say “not in my world” BEFORE it happened.  Now, reading 1984 is like picking up a daily newspaper anywhere in America.

The novel is famous, of course, for presciently describing what was, at the time of authorship, a distinctly possible dystopian future for the UK and Europe; written at the close of the second world war, Orwell’s future vision imagined a successful oppressive, authoritarian, regime that used our most basic attributes – language, imagery, sexuality – to intimidate and control its population.

The term “Orwellian”, drawn from this novel, has become a catchphrase for describing a totalitarian state that utilizes intrusive observation of its citizens in order to maintain control; though not as common these days, other terms drawn from the book entered the popular lexicon – thoughtpolice, Room 101, doublethink and Big Brother.  (Corey Doctorow’s recent novel Little Brother played on that last.)

Orwell saw the beginnings of the Cold War (look it up, dammit!) and speculated what might transpire as the nations of the world moved towards a state of perpetual conflict:  totalitarianism seemed a fine match, using its tricks of playing off of fear and patriotism.

Its most significant relationship to current events is its description of how the government (Inner Party) re-write history to support its propaganda and the use of doublethink – War is Peace, Freedom is Slavery, Ignorance is Strength.  For many these days, this is uncomfortably close to “alternative facts”.

1984 has been twice made into a film in 1956 and again in 1984, three times for television for Studio One,  1984 (BBC), Nineteen Eighty-Four and The World of George Orwell and five times been rendered as a radio play by NBC and the BBC, the most recent in 2013.

Follow along as I go chapter by chapter.  You won’t need to read the news.

Shades of the SFWA Bulletin Cover kerfuffle as Stuart seeks advice on how to get more women into his comic book store. They boys try fencing.