An exploration of some of the challenges of translating an English language text into Chinese.

Science fiction novels were first translated into Chinese in the late 19th century. Since then, genre fiction has infiltrated the landscape of the literary arts in China. Although genre translation must follow all the practices of mainstream literary translation, fantasy and science fiction have their own conundrums for translators to solve. As one of those genre translators, I often analyze my work in retrospect, trying to identify which parts are successful and which could be done better. In this article, I will lay out some of my findings.

Literary translation is a type of literary creativity in which a work written in one language is re-created in another. The source text to be translated is written in a literary language, which tends to be ambiguous, arbitrary and homonymous [1]. As Scott (2010) has pointed out, a translator must consider the aesthetic aspects of the text, its beauty and style, as well as its marks (lexical, grammatical, or phonological), keeping in mind that one language’s stylistic marks can be drastically different from that of another.

However, apart from the linguistic aspects, when science fictions were first introduced to the Chinese people, translators had to deal with cultural differences as well. It was important because average Chinese readers at the time would not understand the background of the stories, such as the geography and history of a foreign country. As it was, the translators took a lot liberties with the original material, reinventing Jules Verne for Chinese readers. The freeform translation style they used, so distinct from later translation efforts, came to be called “heroic translation.” [2][3] In such cases, more elaborations were inserted into the original text. These additions served as a supplement to help Chinese readers pick up the information that was essential to understand the stories.

Fortunately, nowadays, obstacles of cultural differences are not as intrusive as before. But that does not mean they are totally removed. It is generally estimated that about 80% of Hugo and Nebula award novels have been translated into Chinese language. But most of them did not sell. The cultural barrier has not disappeared, but materialized in the form of sales records, or the lack of them. According to my observation, western authors of genre fiction tend to make cultural references in their works abundantly. Fantasy stories naturally have deep roots in folklore and mythology, while science fiction also borrows images and ideas from traditional classics, such as the Keats personality in Hyperion Cantos. [4]

On that account, I believe, translators of genre fiction still have to handle the elements of culture with caution. Annotation is one way to provide additional information on the context, although it might slow down the reading a bit. Another more cunning approach is to imitate the heroic translations, but perhaps on a smaller scale. Say, replacing the western allusion with something familiar to Chinese readers, so that the context becomes more relevant to them. [5] Some may argue that, in doing this, the flavour of the original text will be lost in translation, but it sometimes does help readers to capture the keystone of the narratives. 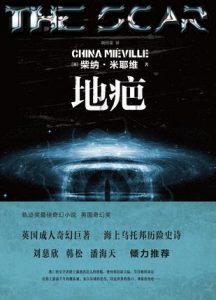 In addition to dealing with the difficulties inherent to literary translations, translators of genre fiction also need to face some more specific issues, such as invented terms, fictional names, imaginary technology or magic, etc. In China Miéville’s novel, The Scar [6], the leaders of the Armada were called The Lovers. If simply translated into Chinese as it is, the term will be confusing because without the capital letters, which  unfortunately cannot be rendered in the Chinese language, it lacks context. To make it carry some peculiarity, when I was doing the translation for this book I finally came up with something akin to “The Lovers with Scars on Their Faces”. Another sample is the Crawler in Acceptance, the last book of the Southern Reach trilogy by Jeff VanderMeer. [7] This time, the name is meant to be ambiguous and mystic. So I did not add any elaboration or attributive to it. Crawler is just Crawler, and so be it. In the above cases, again, the context plays an important role in the translation.

In addition, there are other factors that will affect the translation of genre literature. For instance, pronunciations, rhythms, made-up puns and slang expressions, all of which may well put an obstacle in front of the translator. As one of those translators, I always encourage myself to imagine, if the author spoke Chinese, how he or she would phrase an idea in the current context, be it a complex sequence of actions or a series of melancholy thoughts; only in this manner, shall I be confident enough to deliver an appropriate translation.

[1] Kolawole, S. O. and Salawu, Adewuni, “The Literary Translator and the Concept of Fidelity: Kirkup’s Translation of Camara Laye’s L’Enfant noir as a Case Study,” Translation Journal Vol12, No.4, October 2008.

[5] Tiantian, Yu, “Getting out of the Dilemma — Allusion Translation Based on the Principle of Relevance,” Modern Chinese Education Journal, Vol6, 2007.

Halloween As It Should Be!

A Ship in the Sea of Time

Memorable first lines can not only make-or-break a story, these quick literary introductions can become just as iconic as the entire body of work.

The “Spanish Hugo” – The Premio Ignotus – award finalists are announced. One of our contributors – Laura Ponce – is a finalist.

Thoughts on the Hugo Awards

SF, FANTASY and HORROR On TV