Home Science The Shape of Things to Come?

In just ten years from now, the shape of planes as we know them could be drastically different, especially if a radical new hybrid wing shape becomes a reality.

In a step towards realizing this goal, a scale version of the ‘Blended Wing Body’ (BWB) aircraft is currently being tested at a NASA facility. 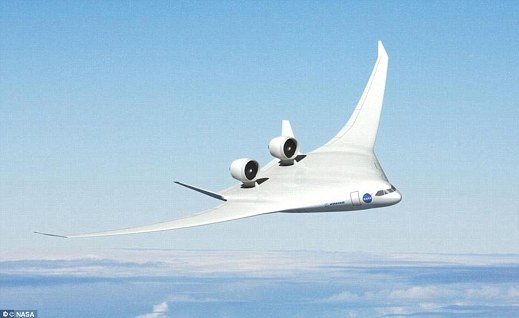 In the latest tests, NASA has revealed how the researchers are making sure it will be as green as possible by watching how particles flow around the aircraft using lasers.

The triangle-shaped plane is reminiscent of spy planes we’ve all caught glimpses of in the media, and are designed to cut through the air more efficiently than the conventional tube and wing shape of today’s airplanes.

Boeing is developing the plane alongside NASA, and testing at the NASA Langley Research Center in Virginia, in a specially built subsonic tunnel, and will continue testing until the end of Fall.

In the Blended Wing Body design, the wing blends seamlessly into the body of the aircraft, which makes it extremely aerodynamic and creates dramatic cuts in fuel consumption, noise and emissions. Boeing and NASA researchers are using a thirteen-foot-wingspan model to test their designs. 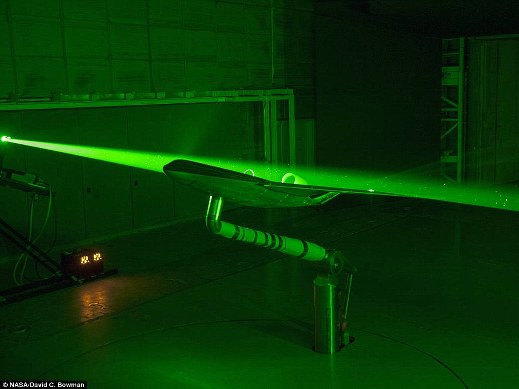 Researchers have mapped the flow of air over the aircraft using lasers and smoke with a technique known as particle imagery velocimetry (PIV).

“We’re happy to have the model back in our wind tunnel,” said Dan Vicroy, principal investigator at NASA Langley, “It gives us a couple of opportunities to add to our knowledge about this configuration as well as how to improve our testing methods.”

The testing builds on years of research into the BWB aircraft shape.

For example in 2012, NASA successfully tested the X-48C – another ‘hybrid wing-body’ plane with a greater internal volume for passengers and cargo. With a twenty-one-foot wingspan, the aircraft was an 8.5 % scale model of a heavy-lift, subsonic airplane.

“Our tests are a continuation of more than two decades of successful research and development of this concept, which is unparalleled in industry,” said John Bonet, Boeing’s test director for the BWB. “What we learn from this round of testing will be used to complete the definition of our aerodynamic, stability and control low-speed databases – a major milestone in the technology development of the concept.” 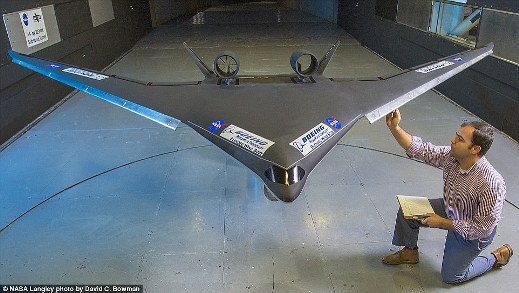 As already mentioned, the BWB concept is unique in that it gets rid of the normal shape of planes that we’re used to, in favor of a triangular aircraft that effectively merges the vehicle’s wing and body.

Boeing thinks a BWB-type aircraft could be developed in the next 10 years as a subsonic transport for military transport. If all goes well, the technology can be transferred onto civilian projects, with variants that will allow a degree of flexibility for new customers needs.