You might already know about the Chinese Nebula Award, which is organized and awarded by the World Chinese Science Fiction Association (WCSFA) annually. It has been in operation for six years; each year the best works of Chinese science fiction are recognized. This year, WCSFA created a new award, the Nebula Award for Global Chinese Science Fiction Films, aiming to acknowledge the best works of science fiction movies and short films made in the Chinese language. 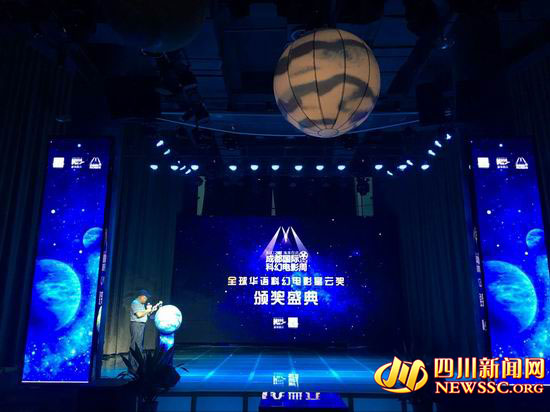 On Aug 19, 2016, the award ceremony of the first Nebula Award for Global Chinese Science Fiction Films was held in Chengdu, Sichuan Province. Since this was the first time the award was presented, the organizing committee decided to take all the Chinese science fiction movies that were ever made into consideration. But from next year onwards, the scope of the award will be the science fiction films produced in the previous year.

That being the case, a list of nominees in 10 designated categories was announced on Aug 1, 2016, based on the nominations and votes submitted by the members of the committee. Then, from Aug 1 to Aug 15, a jury panel went through the nominated works and determined the final results.

In summary, there were 149 nominated works, among which, 49 were shortlisted. The short list and final results are shown as below. 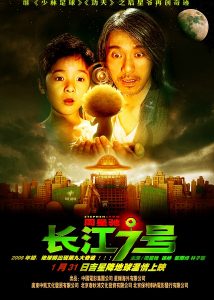 There are a few interesting points worthy of note in the above list. Firstly, the best science fiction movie award was given to CJ7, a film released in 2008, directed by the famous Hong Kong director/actor Stephan Chow. It is a movie that combines science fiction and comedy, a story of imagination and warm affection. Another movie directed by Stephan Chow, The Mermaid, was nominated in two categories:  best movie and best original screenplay.

Secondly, the Internet movie is a type of production that probably only exists in China. There are commercial web platforms where professional or semi-professional crews can release their works and, depending on the content, customers can watch them online free of charge or by paying a small amount of money. This time, the best Internet movie went to Lost in Space, which is an impressive attempt to tell a story happening in parallel universes. Meanwhile, the online platforms also support drama series, and those online dramas were within the scope of the best drama series award. This prize was presented to Bunkers, a startling dark thriller released online. 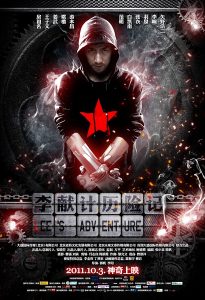 Moreover, among the finalists there are two fan adaptions of The Three-body Problem, the highly acclaimed trilogy of novels by Liu Cixin.  Waterdrop is a short film and The Three-Body Problem in MC is a series of Minecraft animations, both created by science fiction fans. Another fan production in the list is The Solitary Theory, under the category of best adapted screenplay. It is based on He Xi’s award winning short story, The Sad One.

The Nebula Award for Global Chinese Science Fiction Films is a new mechanism to promote Chinese science fiction movies; the organizers hope to attract more attention to the genre from the film industry, so that professional producers will be more willing to invest their time and energy in science fiction movies. Although there is no decision where next year’s ceremony will be held yet, it is fairly certain that this science fiction film award will continue to exist.