This week we begin a new Sunday feature:  Indie and Hybrids authors of newly released books are encouraged to send in a book cover image, a bit about themselves and the new offer.

This week, we kick off with the following: 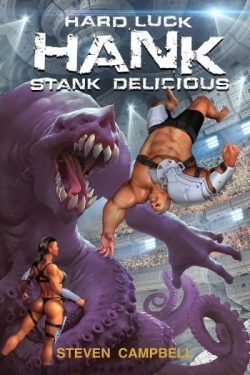 Hank finds himself thrown into the most grueling bloodsport in the galaxy and he is tasked with finding out how and why players are being abducted. Science Fiction-Comedy romp across the professional sporting world. 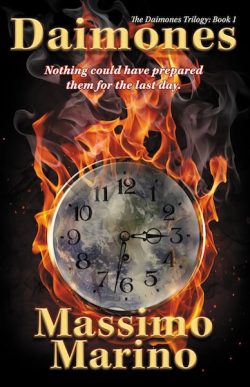 Vol. one of the “Daimones Trilogy.” A post-apocalyptic saga, the culling and the rebirth of the human race. The missing link between Arthur C. Clarke “Childhood’s End” and George R. Stewart’s “Earth Abides.”

Murder, genocide, the Apocalypse.
Explore the future of humanity in Massimo Marino’s sci-fi debut, Daimones, an apocalyptic tale that feels like it could happen tomorrow. You may never sleep through a windstorm again.

Nothing could have prepared them for the last day. Death swept away the lives of billions, but spared Dan Amenta and his family, leading them to an uncertain future. When merely surviving isn’t enough and the hunt for answers begins, memories from the past and troubling encounters lead Dan to the truth about the extermination of the human race. Distressing revelations will give new meaning to their very existence.

Early humans shaped the future and seeded a plan millions of years in the making. Now survivors must choose: Endure a future with no past or fade away into a past with no future? 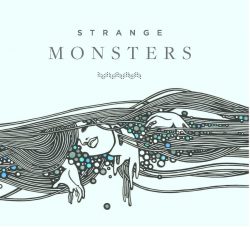 Strange Monsters is a music and words collaboration of fiction and poetry set to contemporary jazz. Read by actors, Stufflebeam’s stories unveil a world where the fantastic is familiar. In these six tracks, each set to one of Brewer’s ethereal compositions, women challenge what’s expected of them and find their voices in unexpected places: Rumpelstiltskin’s wife endures police questioning regarding the disappearance of a local boy; a group of deadbeat friends in love with the same woman encounter the skeletons of various extinct animals on a doomed camping trip; and a cursed ballerina longs to do nothing but dance while forced to contend with two men: her obsessed fan and the jealous director of the ballet company. Brewer wrote each musical composition to accompany each story; these layered pieces utilize a blend of traditional small-group jazz with clarinet, bass clarinet, flugelhorn, and unique sound effects.

“Over melodies both slow and easy, and chaotic and exciting, a cast of actors reads five short stories and five poems by Stufflebeam. The resulting listening experience is fulfilling, funny, and ultimately haunting.”–Fantasy Literature

“It’s easy to tell how much heart went into this album. It was a real treat to listen – I was sucked in with the jazzy sounds of the opening ‘The Stink of Horses’, and I was close to shedding tears by the time I reached the end of ‘Where You Came From’.”–Lloyd Reads 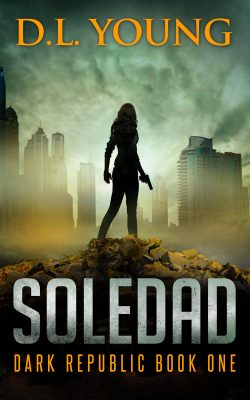 In the squalid aftermath of a collapsed nation, rival factions wage vicious battles over territory and precious resources, killer drones fly overhead in search of prey, and everyday life is a desperate scramble for survival. Welcome to the Republic of Texas.

“D.L. Young’s debut novel rages across the ravaged dystopia of Texas. The prose is lively, the premise smart, the story fast and gripping. Much recommended.” — Stephen Baker, author of The Boost

“Soledad balances edge-of-your-seat action with nuanced, cerebral worldbuilding. It’s a stunning debut and an utterly believable dystopia grounded in the bleak landscapes of West Texas.” — Carrie Patel, author of The Buried Life and Cities and Thrones

“It’s difficult to find fresh dystopia, but originality abounds in Soledad, D.L. Young’s novel debut, which places the post-collapse narrative in new turf: the oppressive landscape of the Republic of Texas. Soledad is a thrilling and intelligent contribution to the genre, as fierce as the main character for whom the novel is named.” — Bonnie Jo Stufflebeam