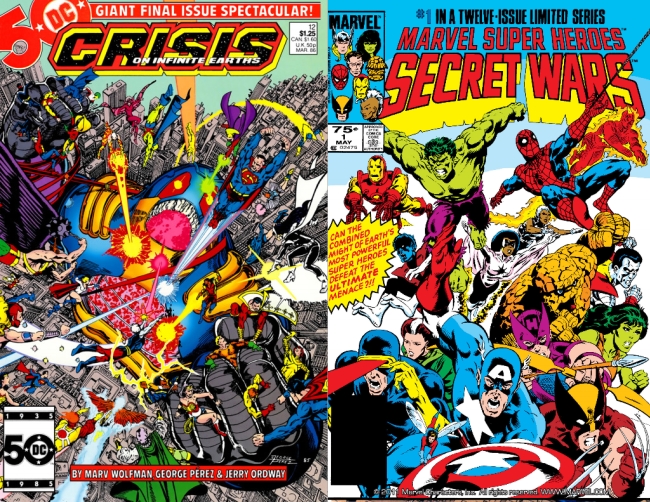 Last week I talked about Stan Lee and the impact the rise of Marvel Comics had on the comic book industry. Marvel comics and DC comics dominated the comic book industry through the sixties and seventies. There were slight differences in art styles between both companies, but not that much. Art improved as artists’ skills improved. The stability of the businesses meant that they could afford to invest in developing talent and seeking out new talent. 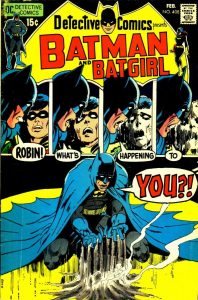 The period from the 1970’s to the 1980s has been referred to as the Bronze Age of comics. The older generation of artists, the artists who had developed the established parameters of comic book art, were beginning to retire or be moved up into management positions. Newer artists were taught to imitate the “house styles”, but those styles were becoming more sophisticated. Artists like Neil Adams and Joe Kubert brought a more realistic style into the comic book panels. But audiences were growing more sophisticated as well. 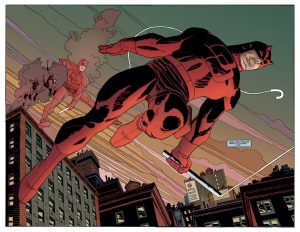 The 1970’s also saw the influence of a new wave of artists who had been inspired by comic books as kids. They grew up versed in a language that earlier artists were in the process of inventing. The basics established, the newer generation of artists, standing on the shoulders of giants, so to speak, had the freedom to open up and experiment. Artists like Michael William Kaluta, Barry Windsor Smith, Bernie Wrightson, Jim Starlin, John Byrne, Frank Miller, George Perez and Howard Chaykin began to make their influences felt.

But there were two other factors that changed the nature of comic books. One was technological and the other was economical. 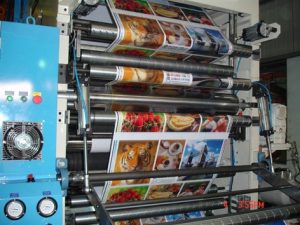 The technology of printing was changing with the adoption of flexography. Flexography is a high speed print process that uses fast-drying inks and can print on many types of absorbent and non-absorbent materials. The flexopress is cheaper because the inks are water based, which meant they dried quicker and were easier to clean up. The flexographic presses also are lighter and take up less room.

For years comics were printed on low-grade, absorbent papers that were not meant to last. Early comics were rare because the paper degraded so quickly. The distribution system also was designed to put comic books in as many places as they could find kids to buy them. Remember the spinner racks of comics in your local drug store? Comic books, then retailing for about 25 – 30 cents per title, were available everywhere, but they were not made to last. 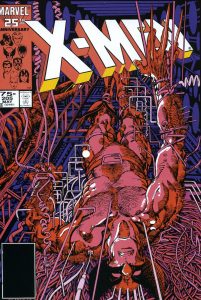 In the 1980’s the comic book companies began printing certain titles on a better quality of paper, Baxter paper. It was smoother and whiter and the inks and colors looked much better than your regular comic book fare.

The technological change, the flexographic process, allowed this development to happen. But this specialty product wasn’t destined for the spinner racks. Here’s where the economical change comes in.

The specialty books proved popular. That popularity opened up a market for specialty shops. These were stores devoted to selling only comic books (sometimes toys and games as well, but m ostly comics). Soon comic shops were springing up everywhere. 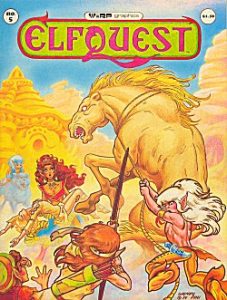 The existence of these shops made it possible for small-press publishers to reach an audience, and some comic book artists began self-publishing their own work. Notable titles of this type included Dave Sim’s Cerebus and Wendy and Richard Pini’s Elfquest series. Other small-press publishers came in to take advantage of this growing market: Pacific Comics introduced in 1981 a line of books by comic-book veterans such as Jack Kirby, Mike Grell and Sergio Aragonés, for which the artists retained copyright and shared in royalties.

Comics sold on newsstands were distributed on the basis that unsold copies were returned to the publisher. Comics sold to comic shops were sold on a no-return basis. This allowed small-press titles sold through the direct market to keep publishing costs down and increase profits, making viable titles that otherwise would have been unprofitable. Marvel and DC began taking advantage of this direct market themselves, publishing books and titles distributed only through comic book shops.

There is a lot more to this story. I’ve barely scratched the surface here. I was hoping to wrap this up in this post but I need to talk about the digital revolution and how it has impacted comic books and that’s gonna take a whole blog post on its own. Look for part five of this topic next week.