Home Film/Televison Who is DOC SAVAGE? 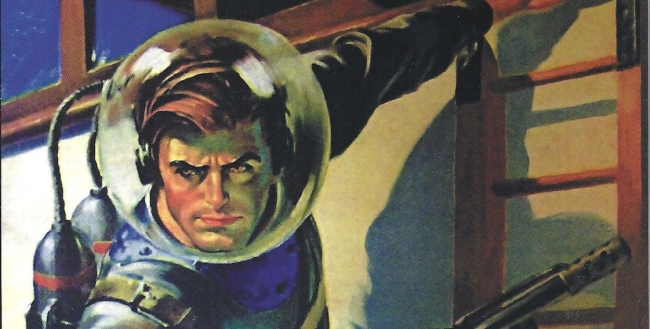 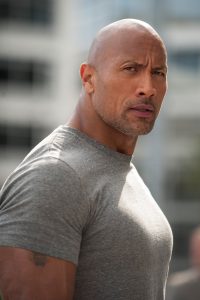 You may have heard the news this week that actor Dwayne Johnson (formerly the professional wrestler known as “The Rock”) has been cast as Doc Savage in an upcoming film by Shane Black.

For some of you this will be meaningless. For me this is a big deal and I can’t tell if this news is good or bad but the whole thing fills me with a sense of dread and anxiety.

First off: Who is Doc Savage? 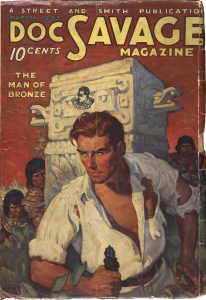 Doc Savage was created by by publisher Henry W. Ralston and editor John L. Nanovic at Street & Smith Publications. His creation was an attempt to capitalize on the success of Street & Smith’s The Shadow Magazine. Additional material was contributed by the series’ main writer, Lester Dent. In contrast to The Shadow‘s mysterious and mystic qualities, Doc Savage was conceived as a scientific super adventurer.

Clark Savage, Jr., first appeared in March 1933 in the first issue of Doc Savage Magazine. Clark Savage (or “Doc” to his friends), had no special powers, but was raised from birth by his father and other scientists to become one of the most perfect human beings in terms of strength, intelligence, and physical abilities. 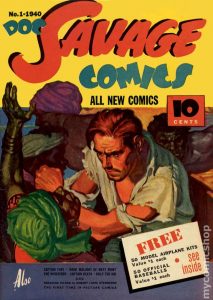 Doc Savage set up base on the 86th floor of a world famous New York skyscraper (implied, but never outright stated, as the Empire State Building). Doc Savage fights against evil with the assistance of his five companions, Monk, Ham, Renny, Johnny and Long Tom.

The Doc Savage adventure magazine debuted on newsstands in March of 1983. Although most of the adventures were written by Lester Dent, each adventure was attributed to Kenneth Robson, a Street and Smith house name. Street and Smith would go on to publish 181 issues of the magazine before it was cancelled in 1949. 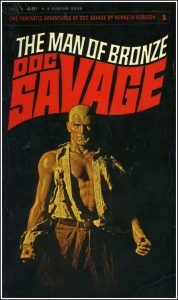 Doc Savage became known to more contemporary readers when Bantam Books began reprinting the individual magazine novels in 1964, this time with covers by artist James Bama that featured a bronze-haired, bronze-skinned Doc Savage with an exaggerated widows’ peak, usually wearing a torn khaki shirt and under the by-line “Kenneth Robeson”. The stories were not reprinted in chronological order as originally published, though they did begin with the first adventure, The Man of Bronze. By 1967, Bantam was publishing once a month until 1990, when all 181 original stories (plus an unpublished novel, The Red Spider) had run their course. Author Will Murray produced seven more Doc Savage novels for Bantam Books from Lester Dent’s original outlines.

For me it all began at the start of a summer vacation in 1975. My family had embarked on a long drive, my mother and father in the front and us three kids, me and my two younger brothers, in the back seat. As is typical in these situations, bickering began before long and my parents stopped the car in a nearby town to try to rectify the situation. I was given money and pointed to a used bookstore and told to go buy some comic books to read along the way.

In the front of the store was a bin containing used paperbacks which I immediately began to paw through. As I perused covers looking, no doubt, for some Star Trek books a cover leaped up at me from inside the bin.

It was a thin paperback emblazoned with the strange, vaguely flag-shaped words: Doc Savage. Above the type was another title: The Other World. 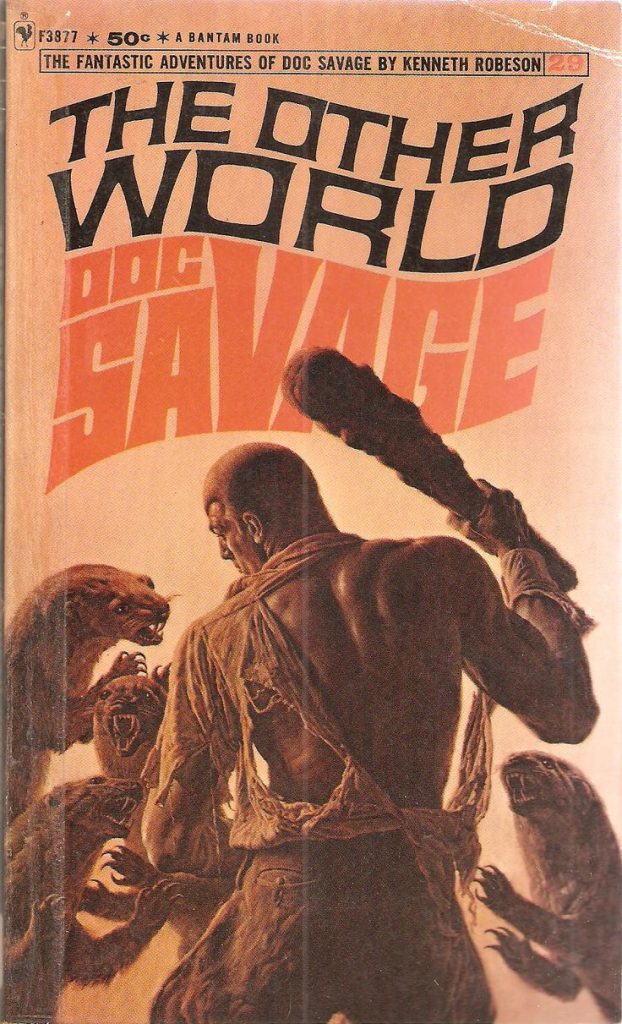 To a ten year old kid who loved monsters, dinosaurs, heroes and action, this cover was a perfect storm. The cover art was so fantastic and yet so real! Was it a photograph? I had to squint closely at it to determine that it was a painting, but the most realistically rendered one I had ever seen! I did not know it at the time, but the cover artist was the amazing and talented James Bama, the artist whose work adorned most of the paperback reissues of the Doc Savage adventures. 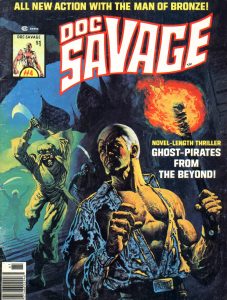 I purchased the paperback and spent the rest of that summer engrossed in the breathless and thrilling world of Doc Savage and his amazing crew of larger than life heroes. I was hooked. That summer, if it wasn’t Doc Savage, I wasn’t interested.

And that summer there was a lot of Doc Savage going on. 1975 was the year that Warner Brothers released the first film version of Doc Savage produced by George Pal. In the wake of that release, Marvel Comics had begun producing a monthly Doc Savage magazine featuring all-new Doc Savage adventures rendered in amazing black-and-white art by John Buscema and Tony DeZuniga. Naturally I devoured each and every issue. 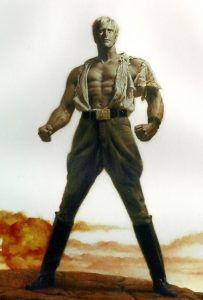 The 1975 film, although criticized for not taking itself seriously enough, was a faithful adaptation of the characters and situations, if not the actual plot of the first novel. In 1975 Warner Brothers was obviously uncertain how to market the film to audiences. Since the 1966 Batman movie and TV series, with its campy tone and self-depreciating humor was such a success, that seemed to be the way to go. In hindsight it is clear that the attempt only succeeded in needlessly ruining what could have been a decent film.

The movie is very dated. It is clearly of it`s time (I mean the 1970`s, rather than the 1930`s in which it was set) and it featured no really big stars. The actor playing Doc, Ron Ealy, had achieved his success by starring in a television series based on Tarzan in the decade prior to this.

Now, more than 40 years later, Hollywood is about to try again. Shane Black, the director and writer of movies such as Kiss Kiss Bang Bang and Iron Man 3, is determined to bring the character back with Dwayne (The Rock) Johnson as the iconic pulp superhero.

Will it succeed? Will it even happen? Who knows? But people will be talking about it, and if you knew nothing about Doc Savage, at least now you know a bit more than you did before.