Actually, the editorial itself isn’t lazy.  The author is.  Or, to be more accurate – totally exhausted.

So I’ll content myself and fill this obligatory space with a few things that are relatively easy for me to put together (that I nevertheless hope will be of some small interest) and give myself another week to finish up something with a bit more import.

This iteration of Amazing Stories went live on December 1st of 2012 for a 31 day beta trial.  It was opened to the general public on January 1st of 2013.

At that time, the site was being populated by content from 53 contributors and had perhaps close to 100 registered members.

There have now been 171 editors and authors contributing to the site – a good third of whom have been working on it from the beginning;  less than a handful have left over the years over ideological differences (a considered accomplishment!).

Between them, they’ve written some 5,782 posts (not including this one), an average of 4.6 posts per day (pretty darned close to our goal of a minimum of 5:  yes, we’ve been off the past few months, but that will be changing).

We don’t get much commentary, most likely a legacy of our first year when we published a post that raised some controversy and I had to make a hasty decision* and closed comments.  (I don’t know if it was possible to make a “right” decision at that point.)  I’ve since promised that I will never close comments again (or at least will only do so when it is obviously the right thing to do) – but that doesn’t seem to have brought out commenters back.  One can always hope.

We have, to date, signed three companies to licensing agreements – Open Road Brands (not the publisher) for “notions” including metal signs depicting cover art; Futures Past Editions for a line of Amazing Stories Classics anthologies, collections, facsimile issues and novels and  NBC-Universal for a re-do of the Amazing Stories television show.  We also put together a line of poster art of both early (Frank R. Paul) and current covers.

Adventerous Entrepeneurs:  we’re still looking to do a deal with a silk-screener/t-shirt printer.  Even if you are just getting started in that biz, it would be worthwhile talking to us.  (In other words, we’re capable of entering into creative arrangements.) 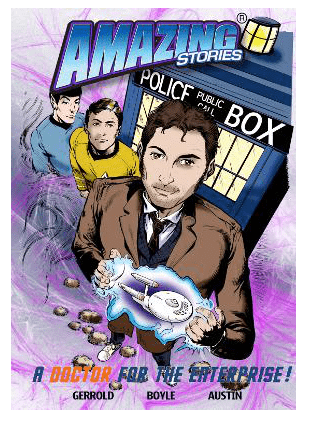 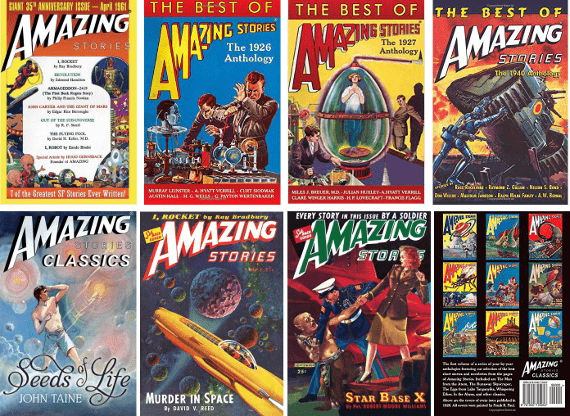 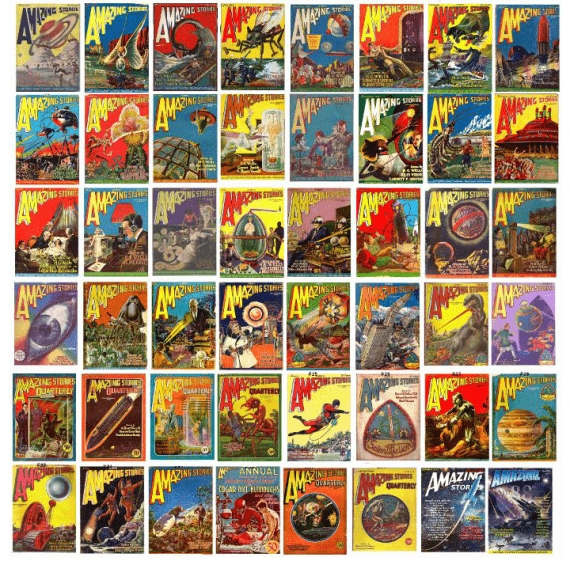 (Clicking images will take you to the products)

We’ve gotten praise from traditional and indies for helping their sales.  Numerous folks have remarked on the generally high quality of our content.  The rest of the world is paying attention – we’ve been picked up by some of the biggest news and specialty outlets on the web.

And soon we’ll be publishing our Special Edition, the first print issue of the magazine since 2008! 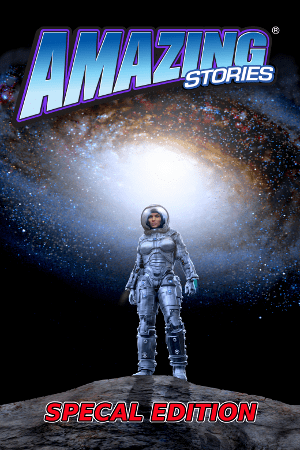 *My father was terribly ill and I was racing between hospital and home.  When things blew up, I had less than 15 minutes to decide what to do with pending comments that were largely nothing but vitriol and hate;  I did not have the time to constantly moderate, so I chose to close comments.  Mea culpa.