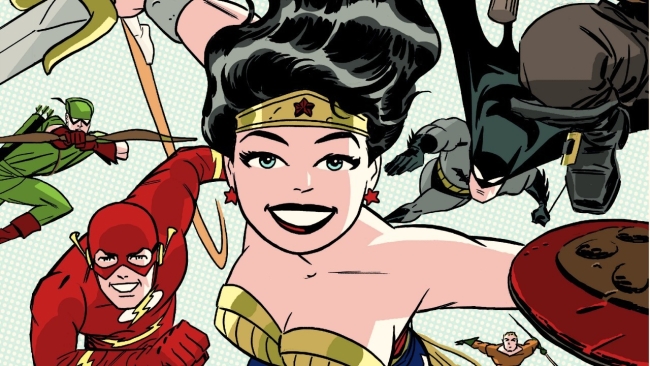 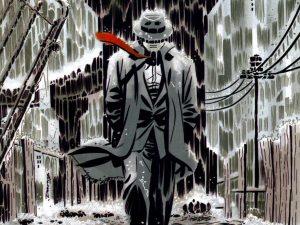 Darwyn Cooke passed away last Saturday, a victim of a particularly aggressive form of cancer, and since that time tributes have been appearing all over the place to his talent and the impact he had on comic books and on animation. Even if you didn’t know who Cooke was, one look at his artwork would tell you that his talent was something special.

Comic book art is not like other art. It is different from illustration or painting. Comic book artists’ work must “move”. The sequential drawing have to move the story forward, but each individual panel has to have a sense of movement within it. Comic book artists need to be able to convey movement, tension and emotion. 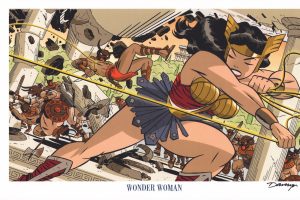 Cooke was a master at that. His style was deceptively simply. He had the quality that all great comic book artists have. His art was not over-rendered or hyper realistic. His lines were strong and bold, much like the characters that he depicted.

Comic book artists have to be able to create a reality within the panels that is stylized and yet recognizable to the reader as an analog of the real world. Cooke struck that balance masterfully in the same way that comic book legends like Jack Kirby, Steve Ditko, Will Eisner and Alex Toth did generations before. His work was distinctive. His figures were rendered in a stylized fashion but were never less than fully realistic and alive. His art popped off the page with bold strokes and yet his figures were capable of expressing the subtlest of emotions to the reader. 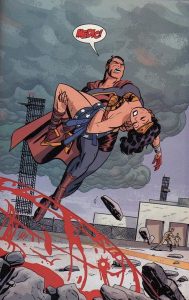 But most of all what Cooke’s art expressed was the pure and simply joy of the heroes he rendered. That was certainly at odds with the grim and dark take that has overwhelmed the industry.

He began working at Warner Brothers animation underneath Bruce Timm. He did storyboards for both the Batman and Superman animated series before DC Comics approached his about a comic book project. Batman: Ego, a graphic novel, was published in 2000. Its success led him to more freelance work with DC and Marvel, but for the most part Cooke stuck with DC. His passion for the DC characters was clearly evident in the work he did on revamping Catwoman and eventually to his mini-series Justice League: New Frontier which bridged the gap between the end of the golden age comic titles and the beginning of the silver age titles. The story, which was set in the 1950s, featured dozens of super-hero characters and drew inspiration from the comic books and movies of the period 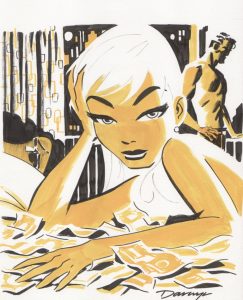 It’s always a tragedy when a talented artist passes away to early in his career. If one hadn’t known of Cooke’s work before now just looking at it one can easily see the tremendous potential that was still unrealized at the time of his passing. There is a lot of his work available to us and I would urge you to pick some of it up. Look at it closely. If you are an artist study the technique and marvel at the simplicity of his lines which end up saying so much. If you are just a fan of comic books then pick up his work and experience the joy with which he managed to infuse into every panel.

Goodbye, Darwyn. You will be missed.

Desolate cityscapes, future ruins, starships leaving among the debris of decay: one wonders if there is any place left in the universe where these travelers could find a better life?

Judge books by their cover?  Everyone does it.  That’s why – and despite the mis-marketing, agenting “horror stories” (both artist and author) and egregious lack of talent (cover-wise) – books and yes, magazines, still get judged by how well their covers make money for publishers, or (as in this case) attract (or repulse) members of […]

How Horror has Devolved in Popular Culture