Sometimes it can seem as though the future of genre cinema will be nothing but superhero movies and Star Wars spin-offs. Those two propositions will be offered, it seems, in endless rotation by studios who have a much better idea about our future movie-going than we do.

But just as I was contentedly bemoaning the deadening effect of superhero movies on genre film-making and on cinema in general, Marvel Studios and the Russo brothers have spoiled my curmudgeonly fun by making a great one.

Captain America: Civil War is is made up of 147 minutes of the best fun you can currently have in a cinema. And somehow it manages to engage its audience on a human level while assembling the most diverse collection of fantasy characters since Abbott and Costello Meet Frankenstein.

As other people  have noted, the film could have been concocted to answer a child’s enquiry: “Who would win a fight between Captain America and Iron Man?” An exciting idea like that gives you a high concept premise, but it’s not easy to find a plot that gets you convincingly to the battle between superheroes. Yet Civil War does that very capably, right from the opening minutes.

The film starts with a superbly executed action sequence that everybody who’s seen it would be talking about, if they weren’t instead talking about another action scene later in the film that’s even more impressive. In the Bond-like opening scenes, several members of the Avengers save the planet again; but there’s too much collateral damage this time, and the result is that world governments start demanding that the activities of superheroes should be regulated.

The idea of superheroes being held accountable in law isn’t new, of course. Watchmen took the idea seriously; The Incredibles treated it comically. But here, it’s the perfect way of setting up a situation where superheroes are pitted against each other. Faced with a demand from an array of national governments for superheroes (or “enhanced individuals”) to be regulated, the Avengers are divided along surprising lines. Iron Man, previously the maverick, wants to accept legal regulation; Captain America, hitherto seen as a superheroic Boy Scout, leads those who won’t submit.

All of which leads us to bravura action scene number two, in which an unfeasibly large cast of heroes face each other on an airfield and go into battle. The movie delivers everything we could want from such a confrontation – not only is it full of inventive and spectacular action, but it juggles multiple characters, points of view and (thanks to Ant-Man) even scales with a clarity and coherence that’s rarely seen in blockbusters now. And in the same way  this sequence deals deftly with a with a potentially bewildering collection of characters, so does the  film as a whole. Its script, by Christopher Markus and Stephen McFeely, somehow manages to deploy each character in the right proportions and in the service of a compelling story.

But the key to the film’s success is that is never feels like it is doling out a precious few minutes of screen time to each character on a lengthy rosta, as last year’s Avengers: Age of Ultron sometimes did. For all the  spectacle and the lengthy cast list, this is a film that engages on a human level. Things are not over after that gripping scene on the airfield; the climax of the film is smaller and more personal. 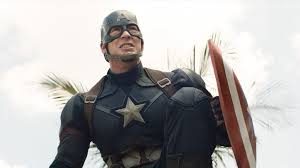 When I was a child, I read DC much more than Marvel, and I still can’t help feeling that DC characters ought to generate more compelling stories. In  Superman, DC gave us a saviour from the heavens, sent to work miracles among us but never to be truly one of us. In Batman, it gave us a shadowy vigilante, burning with a need to bring evil-doers to justice. Marvel gave us people who turn into spiders, or shrink to the size of ants, or who put on impregnable flying-suits. And yet it’s Marvel that is making the more emotionally convincing films, especially when it focuses on Captain America, the brave World War II patriot who has been removed from his own time and who, in this film, comes to defy his country.

I wrote a whole blogpost here on Amazing Stories a while back in which I voiced my reservations about movies which start life as part of a business plan. But it’s a lot harder to object to such films when they’re as good as this one. Times change and all franchises run their course eventually, just as all genres ebb and flow in popularity. But for the time being, the Marvel Cinematic Universe seems to be in very good shape.