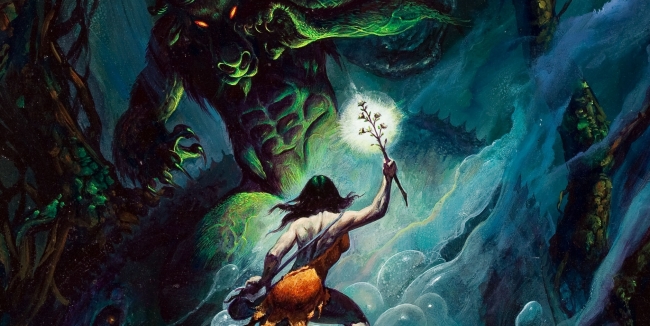 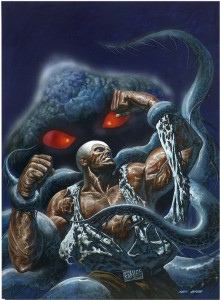 Ken Barr was an important artist to me. I grew up seeing his work on the cover of so many Marvel magazines, which were the large format, black and white interior publications that were big in the 1970’s and early 1980’s. The covers of those magazines were full color, though, and Ken Barr kicked ass with his cover art. His work could be regularly seen on the covers of Doc Savage, Planet of the Apes, Marvel Preview, and many others. He was born too late to be a pulp artist, but he made up for lost time by providing amazing covers for these magazines.

As a young teen I had already developed a keen sense of what was “good” art as opposed to “crappy” and Ken Barr’s stuff was always in the “very good” to hands down “Wow! Look at that!” category.

Born in Scotland in 1933, Kenneth John Barr was the son of a Glasgow-based sign-painter to whom he was apprenticed from the age of 15. A reader of adventure, horror and war stories, Ken Barr found post-War Glasgow full of the machinery and drama of war he enjoyed painting. His first covers appeared on Nebula science fiction magazine in the 1950s.

After his National Service—which he served with the Army in Egypt—and several years working in London, Barr moved to the USA in 1968 where he became a regular penciller/inker and occasionally writer of strips for DC’s various war comics, including Our Army At War, Our Fighting Forces, Battle Album and Star Spangled War Stories in 1969-74. He also produced covers and back-up features for the Warren magazines Eerie, Creepy and Vampirella (1970-72) before becoming a regular cover artist for Marvel, working on Doc Savage, Incredible Hulk and The Deadly Hands of Kung Fu (1975-78). 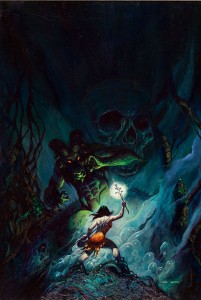 In the mid-1970s, he found more lucrative work producing books covers (Avon, Random House) and as a movie poster artist, primarily in the fields of fantasy and science fiction. In the 1980s, he receive a more upscale assignment to paint several covers for books by Andre Norton, and his works started to display a characteristic style, emphasizing one central character whose posture and appearance convey quiet menace or imminent action. He produced supurlative cover art for a number of science fiction writers, most notably for a series of paperbacks by Andre Norton. His cover art for Norton’s Dread Companion still stands as one of the best cover images ever made and, not surprisingly, one of my all-time favorites. 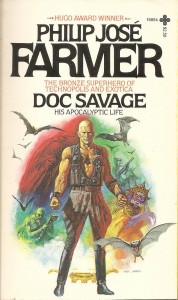 Among other works from this period, he provided a nicely atmospheric cover for a 1981 republication of Philip José Farmer’s Doc Savage: His Apocalyptic Life.

He did his reputation no favors by then agreeing to provide garish covers for the notoriously undistinguished Spaceway series, but better material inspired better work, like his nuanced depiction of a large man lifting a weight for Michael Blumlein’s The Movement of Mountains (1987), and an arresting image of an upside-down soldier drifting in space for James Kahn’s Timefall (1987).

After becoming inactive in the 1990s, there was a final burst of work around 2002, including a delightfully colorful bestiary for the cover of Jack Williamson’s Dragon’s Island and Other Stories (coll 2002).

Barr retired from illustration work in 1987, returning to his native Scotland from the United States. A book of his artwork, The Beast Within: The Art of Ken Barr was published in 2007 by SPQ Inc. and is available at Amazon.com

He had turned 83 just a few days before his passing. 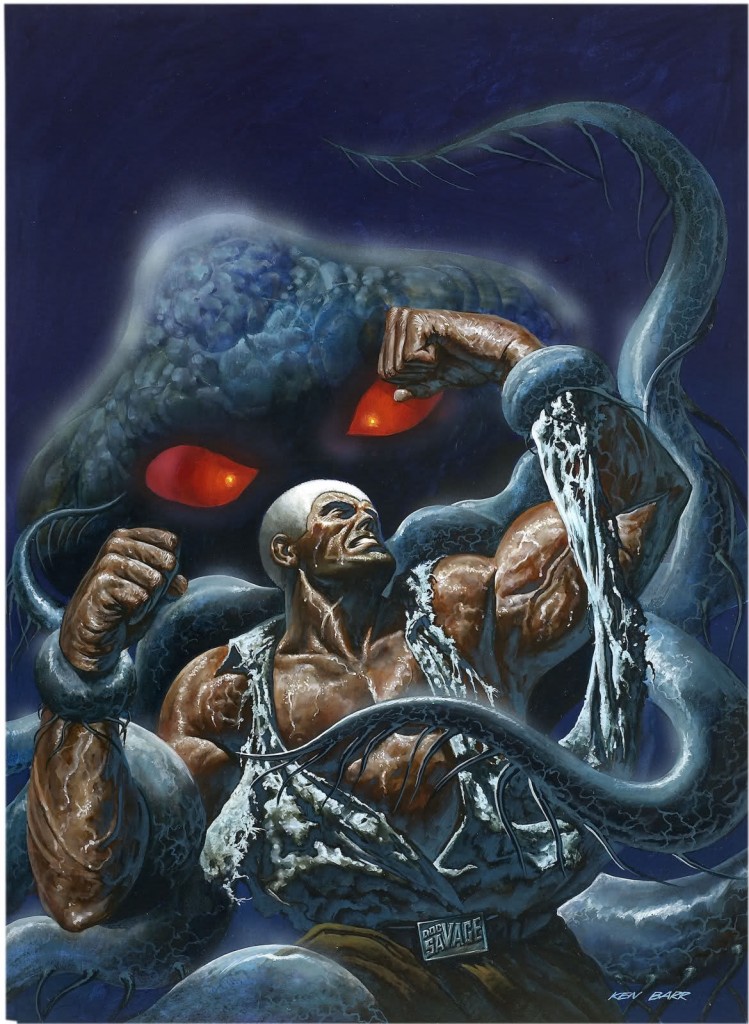 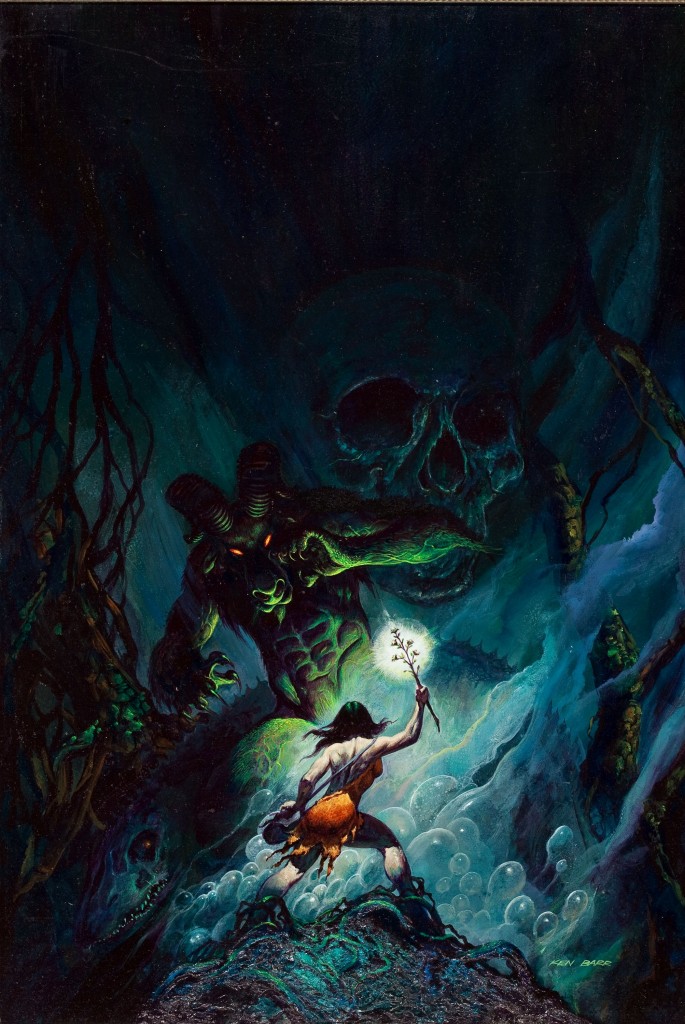 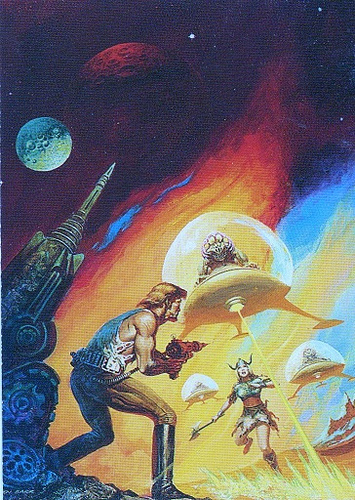 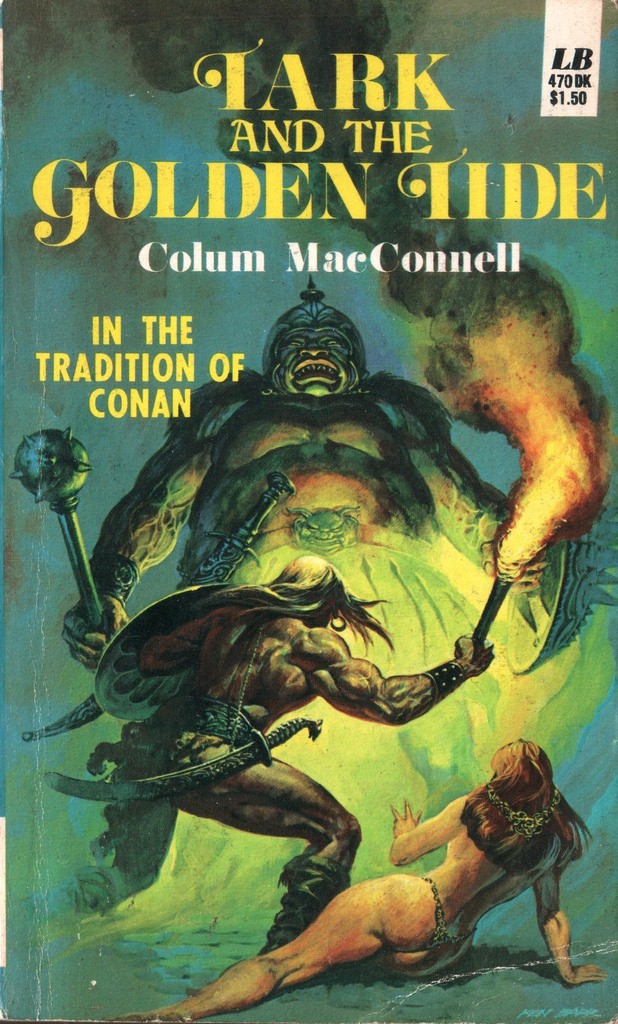 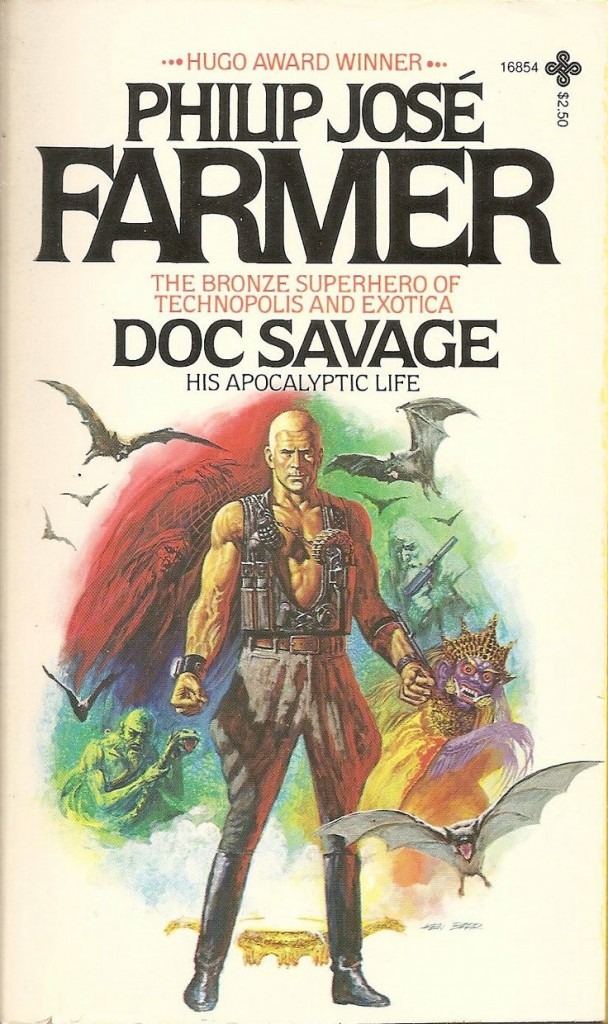 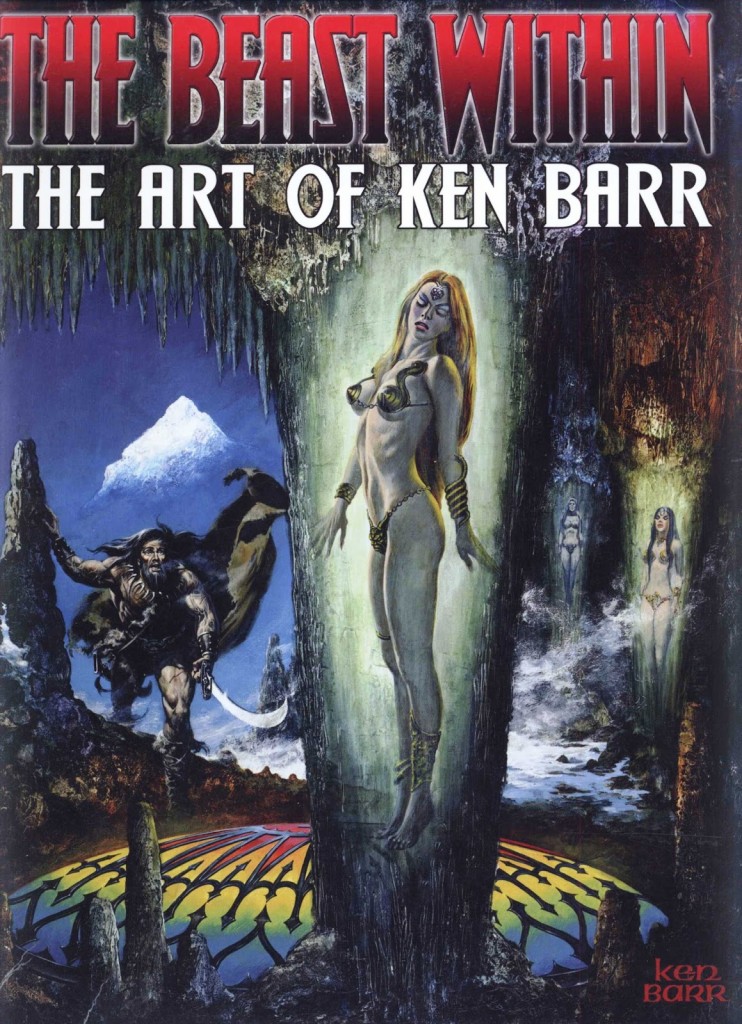 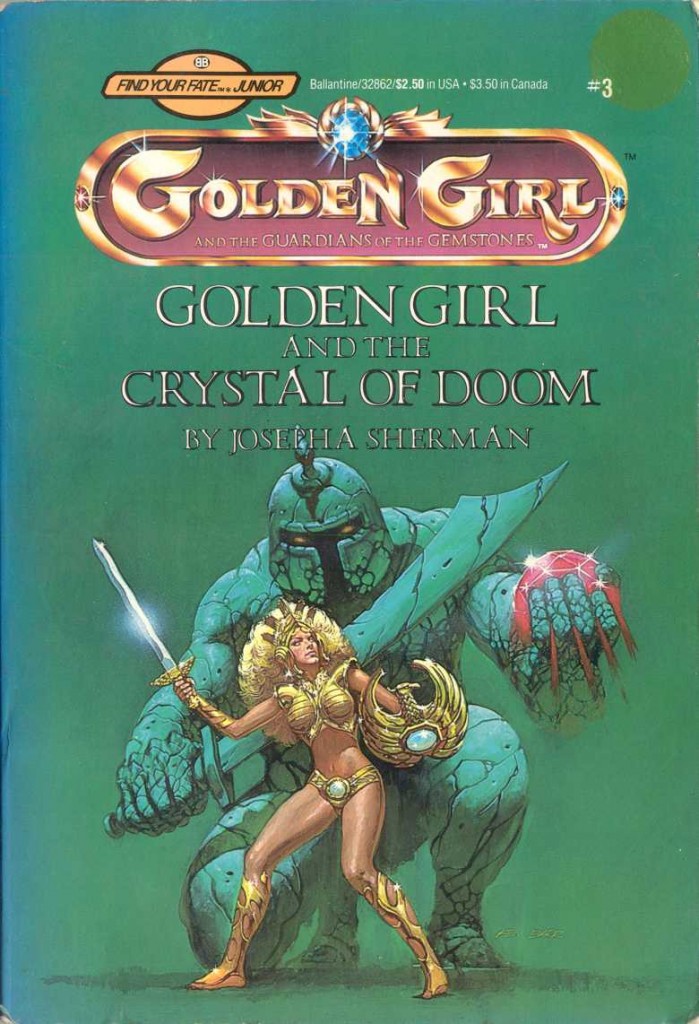 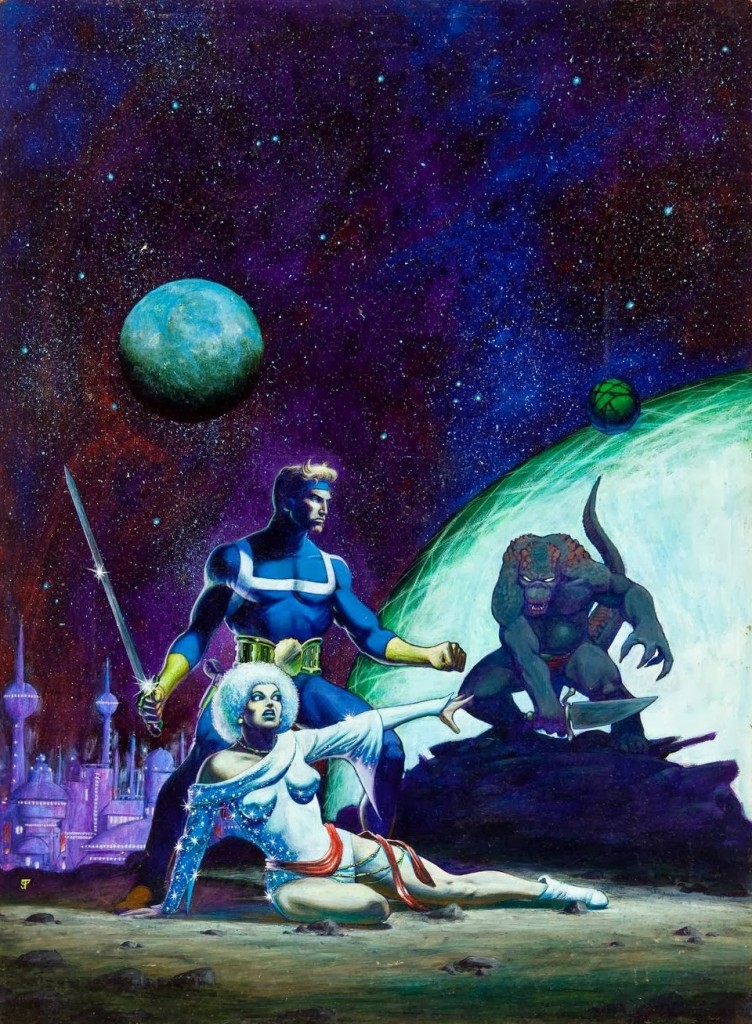 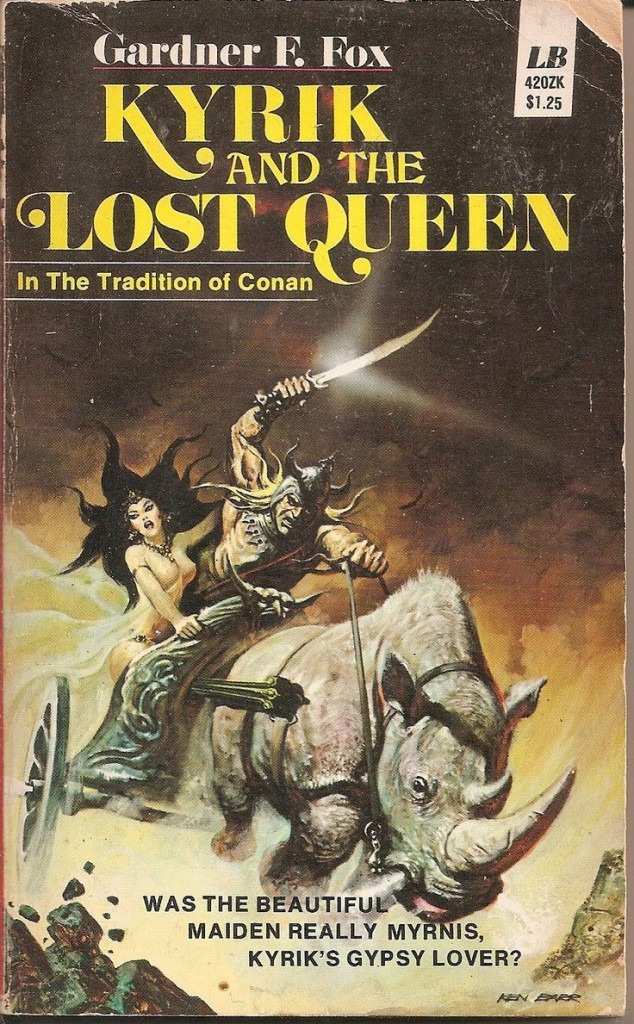 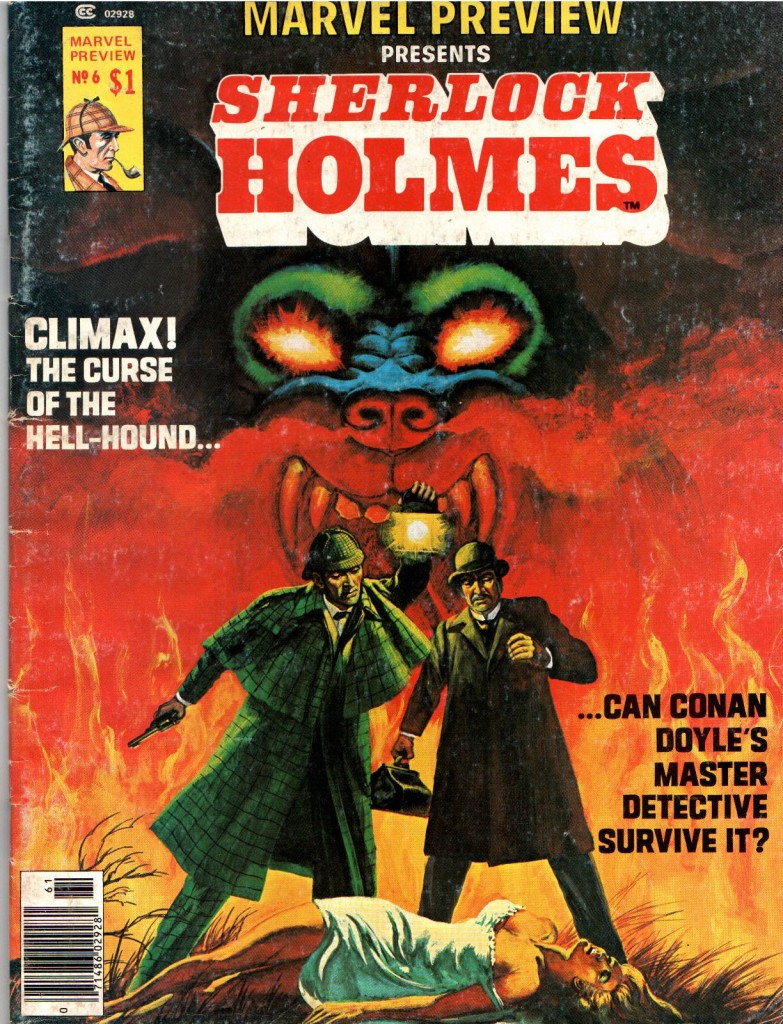 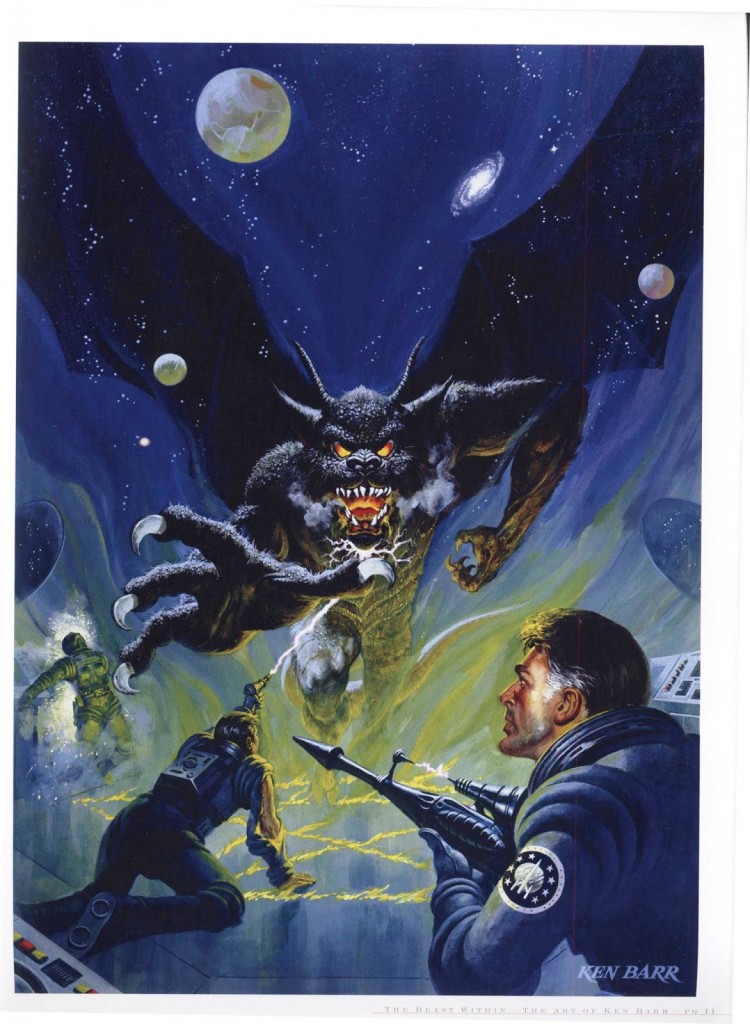 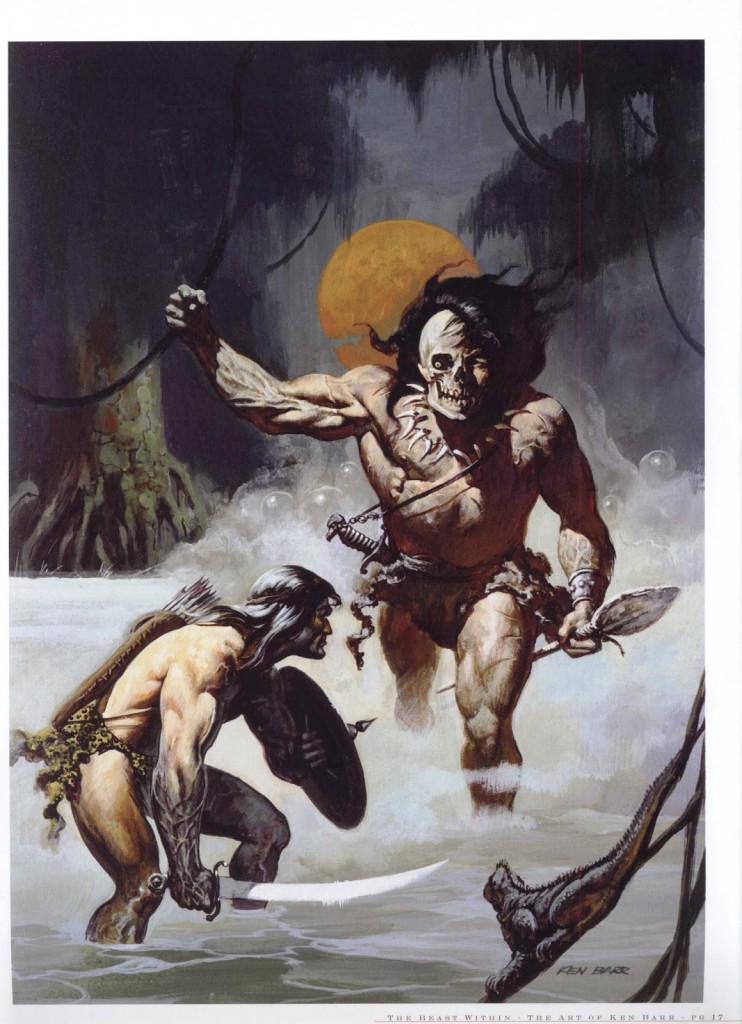 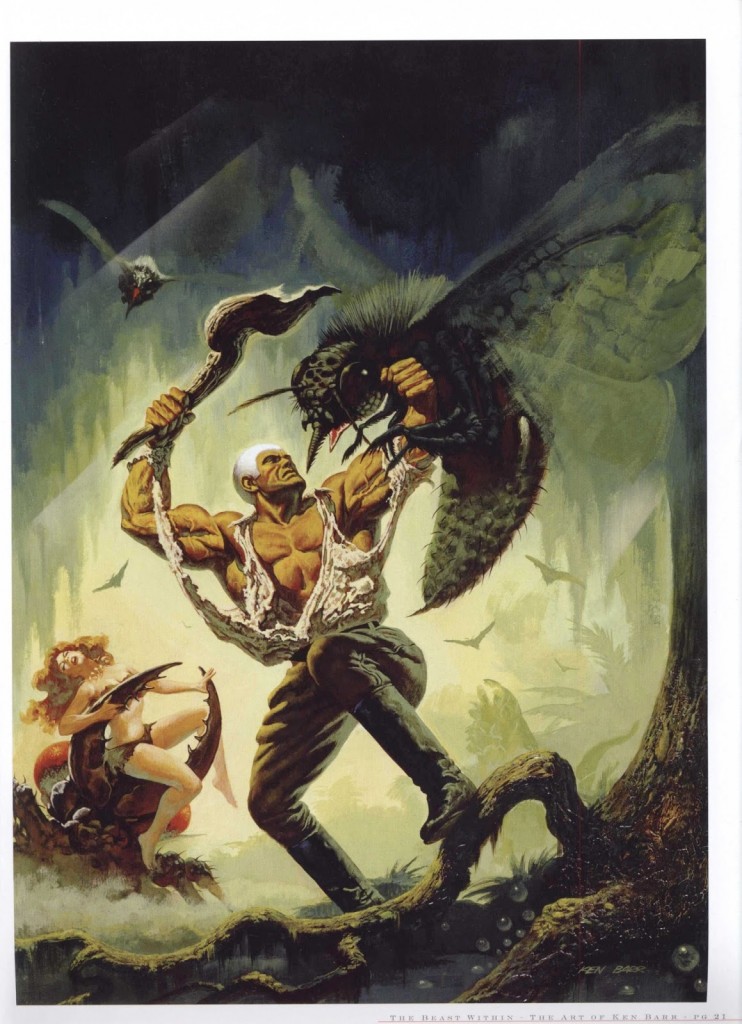