Home Film/Televison Guilty Pleasures – The Movies We Love to Hate (But Secretly Just...

One has to ask “Has Hollywood lost the plot?” There are plenty of guilty pleasure movies out there for all of us, especially us geeks. There always have been and always will be. You know the kind of moving to which I am referring. Those that you either love to hate or the one’s that you’d never admit to watching – let alone liking – to anyone except maybe your bestest friend who has the same quirky taste in movies as yourself. 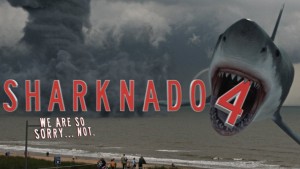 What brought this on? Last week, the studios of the SyFy network announced their plans for Sharknado 4: We’re so sorry, not – yes, that’s right, 4 – and it got me to thinking about just how bad bad cinema can be. No doubt that the horror and sci-fi genre has always been a bit top heavy with cheesy films. Don’t get me wrong, there are great films in both of these genre, but there are a lot of movies that have us asking “what the frak?”

Exploring the Sharknado franchise we have Sharknado, Sharknado 2: The Second One 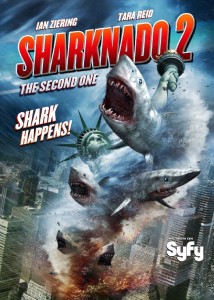 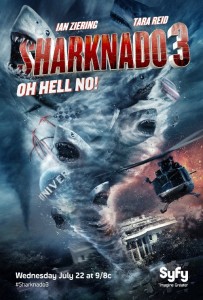 The premise is simple, if not completely improbable: a freak hurricane causes water spouts along the coast of California wherein sharks are picked up out of the water and are thrown into the streets of Los Angeles. 2 follows much the same formula, only it’s the east coast and a category 7 hurricane deposits sharks in New York city. 3 has even a broader reach as the east coast from Washington, D.C. to Orlando, Florida are plagued by the windward sea creatures. Not much more has been said about the approach the studio is going to take on 4, but I’m thinking maybe gulf coast, say New Orleans during Mardi Gras or South Padre Island, Texas during Spring Break. There are a lot of sci-fi movies based around sharks. Sharktopus 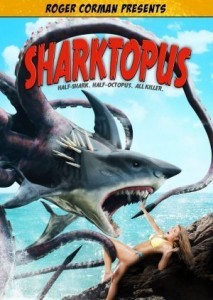 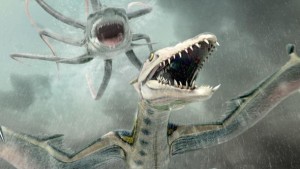 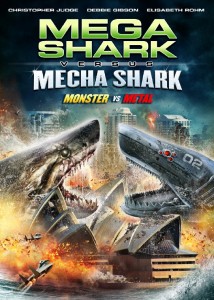 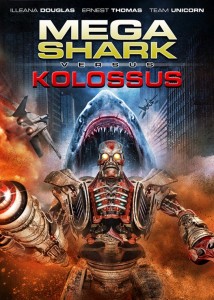 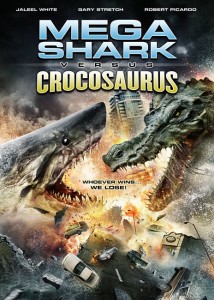 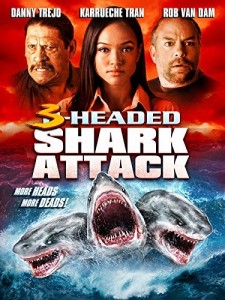 Zombie Shark are but to name a few. 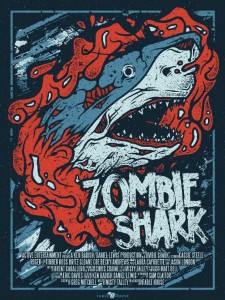 And who could forget Sharktopus Vs. WhaleWolf? 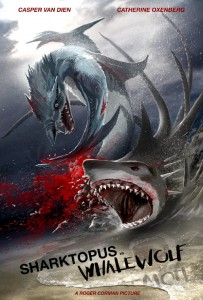 Where will it end for those poor, misunderstood sharks? I guess we shall see. 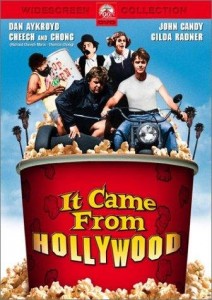 This whole episode got me thinking and remembering a movie I saw years ago called It Came From Hollywood.  It was a documentary-style film that featured quite a few of the comedy stars of the day – Dan Ackroyd, John Candy, Gilda Radner, Cheech and Chong. It featured bad films from the 50s, 60s, and 70s. To no one’s surprise, many of the movies are horror and sci-fi related. Instead of sharks, gorillas seemed to be the animal/villain of choice. Titles such as The Monster and the Ape, The White Gorilla, Daughter of the Jungle to name a few. 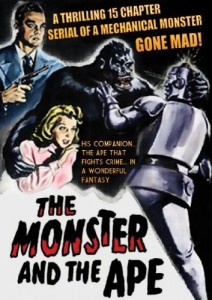 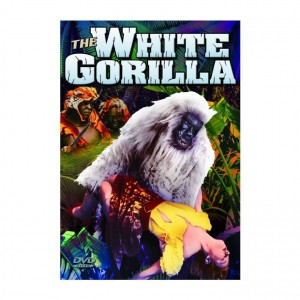 Other monsters were popular, as well. Movies like Robot Monster, Bride of the Monster, Creature from the Black Lagoon, Monster from Green Hell are all good choices. And we can’t forget the real sci-fi movies, those outer space is coming to destroy us films such as Fire Maidens of Outer Space, Earth vs. the Flying Saucers, I Married a Monster from Outer Space, and Teenagers from Outer Space (shudder!). One of my personal favorites, if for nothing but the brilliant title, is The Incredibly Strange Creatures Who Stopped Living and Became Mixed-Up Zombies!!? How can you not love it! 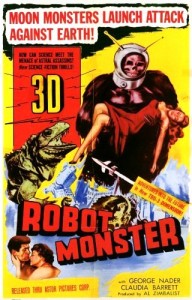 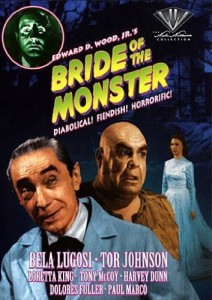 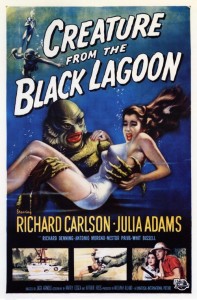 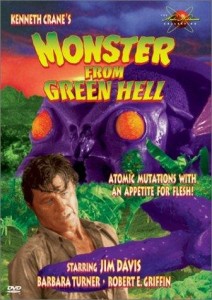 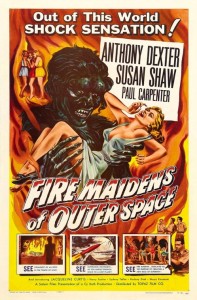 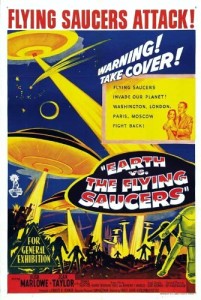 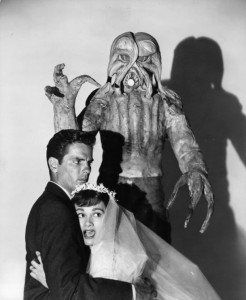 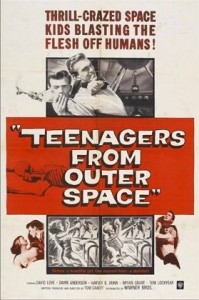 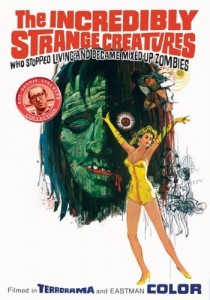 So next time your gaming console is out of whack and there’s nothing on TV, check out some of the incredibly weird and wonderful titles. And check out It Came from Hollywood, either the movie itself or imdb.com for a complete list of all the films that were discussed. There are some real “must sees”.