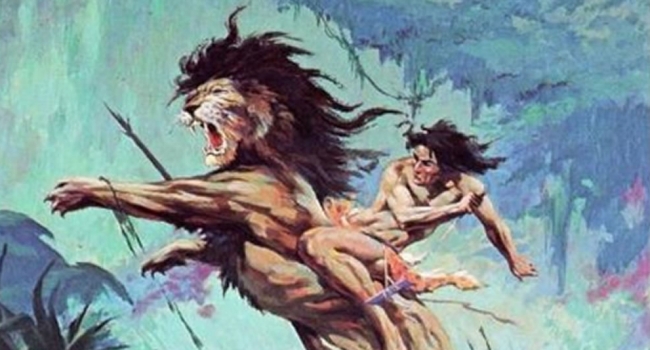 There is not much that I can say about Roy G. Krenkel that would illuminate who he was as an artist or as a person. The man was a contradiction. 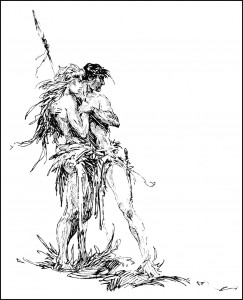 He was self effacing and unambitious, and yet reportedly he was the one who convinced the brash and self-assured Frank Frazetta that he could paint covers for Ace Books back in the 1960’s.

Krenkel was a talented penciller, yet much of his work disappears behind the inks of other artists like Wally Wood or Ernie Bache. His inspirations were classical artists and illustrators like Franklin Booth, J. Allen St John and Norman Lindsay, yet he considered his own work to be disposable and unimportant.

He is routinely included in lists of the greatest and most influential fantasy artists alongside J. Allen St John and Frank Frazetta, yet most of Roy’s “career” consisted of occasional bursts of commercial output mixed with prolonged submersion into personal creativity. 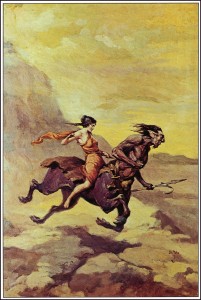 Krenkel studied for a year with George Bridgman at the Art Students League in 1938, but other than that, his misspent youth consisted of “drawing a lot, reading and collecting art books, going to art museums, and associating with a few other young art students,” according to Sanford Zane Meschkow in his preface to the excellent 1974 Cities and Scenes From the Ancient World. Sketching and “doodling” were his raison d’être.

World War II interrupted this idyllic existence. He served as a Private in the U.S. Army in the Philippines during WW2. His enlistment papers of January 23, 1942 record him as living in Queens, and having graduated high school, single, without dependents, and employed as, of all things, an actor. 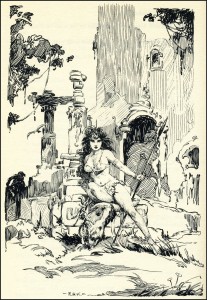 After the war, he studied with Burne Hogarth at the Cartoonists and Illustrators School, which later became the School of Visual Arts. There he met Al Williamson, who was to become a lifelong friend and collaborator. In the 1950s he worked in the comic book industry for publishers, such as ACG, Atlas, Eastern, EC, and Harvey. He also worked for pulp magazines like, Fantastic Science Fiction, Marvel Science Fiction, Space Stories, and Science Fiction Adventures. 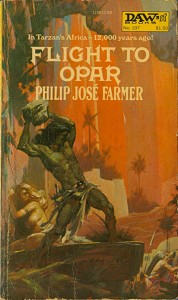 In 1962 Donald Wolheim, the editor of ACE Books in the late ’50s through the sixties, hired Krenkel to be the lead artist for the 1962-5 revival of Edgar Rice Burroughs’ works. Wolheim had seen Krenkel’s work in fanzines such as Amra, a fan-produced magazine devoted to the works of Burroughs and Conan creator Robert E. Howard. Wolheim chose him, because to the ACE editor Krenkel’s style resembled that of J. Allen St. John, the illustrator of many Burroughs first editions and magazine covers. Roy’s first Edgar Rice Burroughs covers for ACE were instant successes with the buying public, establishing a visual style for future ACE editions. Krenkel’s clear and fluid line drawings and paintings are distinctively original and have become iconic in the world of Burroughs illustration. 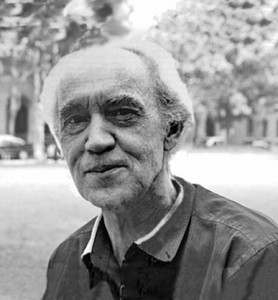 Even though Roy was a brilliant draftsman, very often he did not do well meeting deadlines. Sometime in 1962 or ’63, he asked his friend Frank Frazetta, who was out of work at the time, to help him when deadlines pressed. Occasionally, the two artists would work together on ACE Books commissions. When Roy found himself unable to meet the demands of the ACE editor, Krenkel asked Wolheim to hire Frank to do the cover illustrations. The rest is history.

According to Frazetta, “Roy Krenkel has never ceased to be a constant source of inspiration to me. . .”

Roy spent his last decades illustrating the works of Robert E. Howard and Edgar Rice Burroughs for a variety of publishers of hardcover, paperbacks, and fanzines. 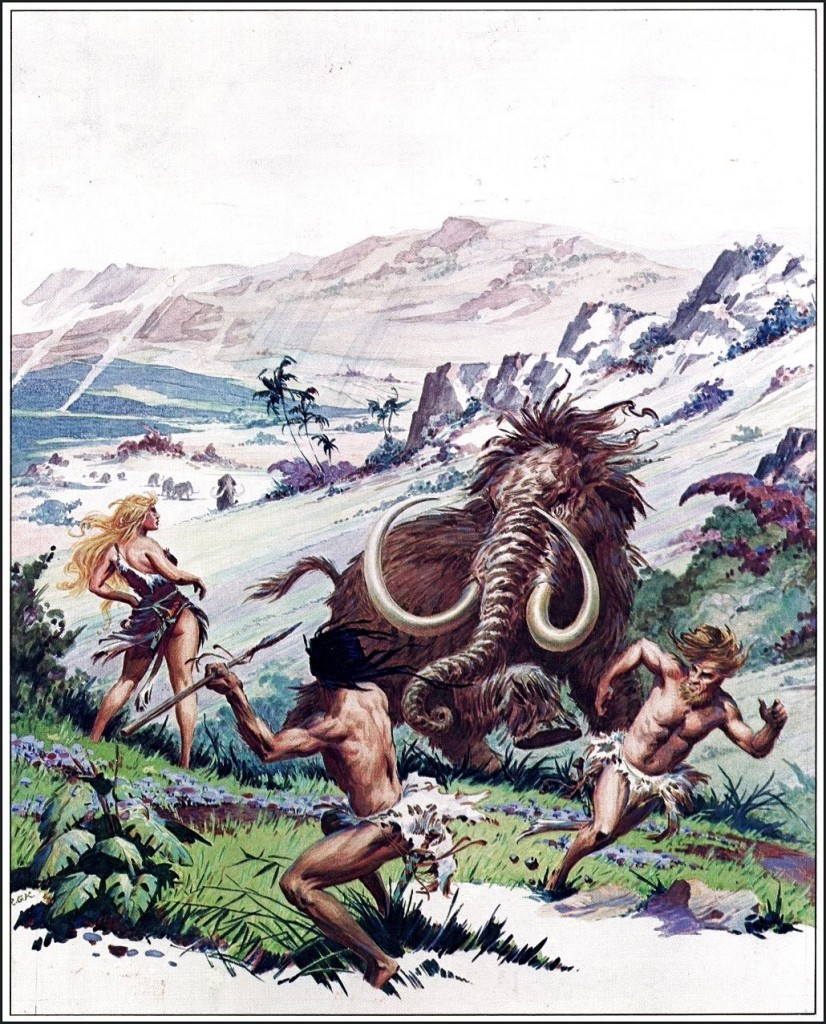 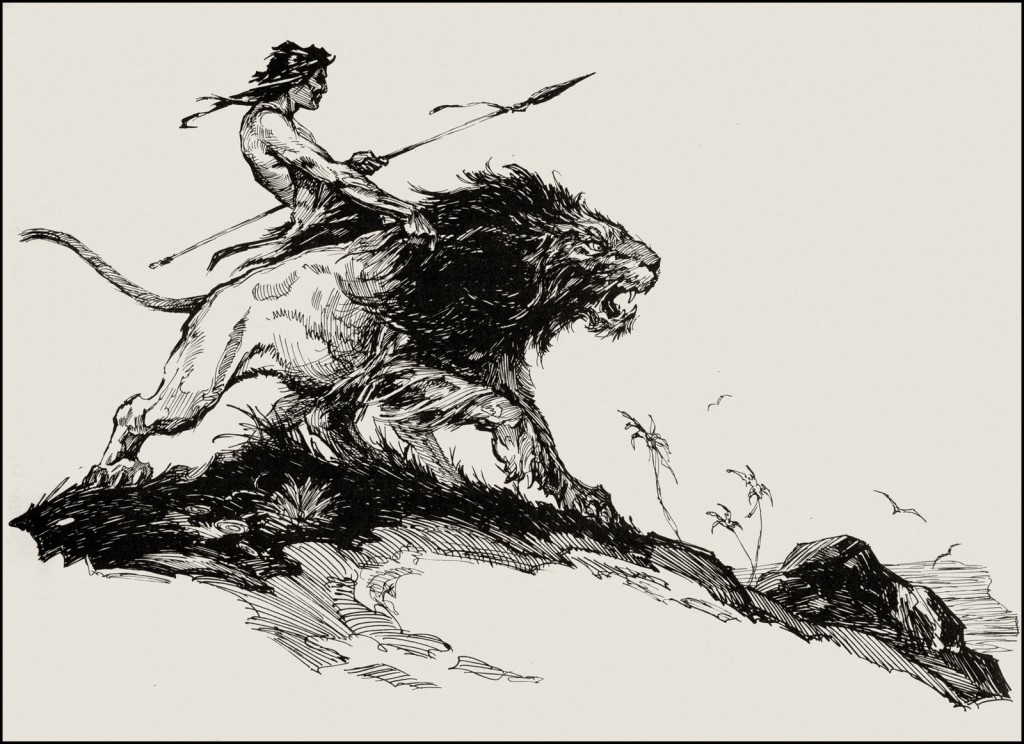 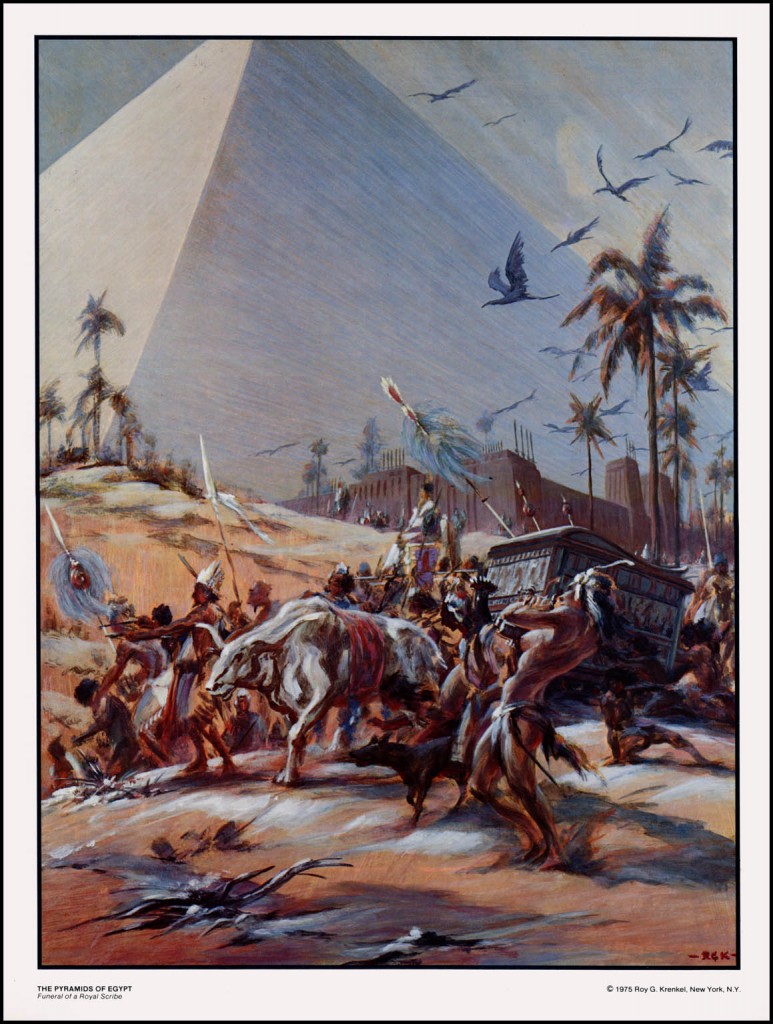 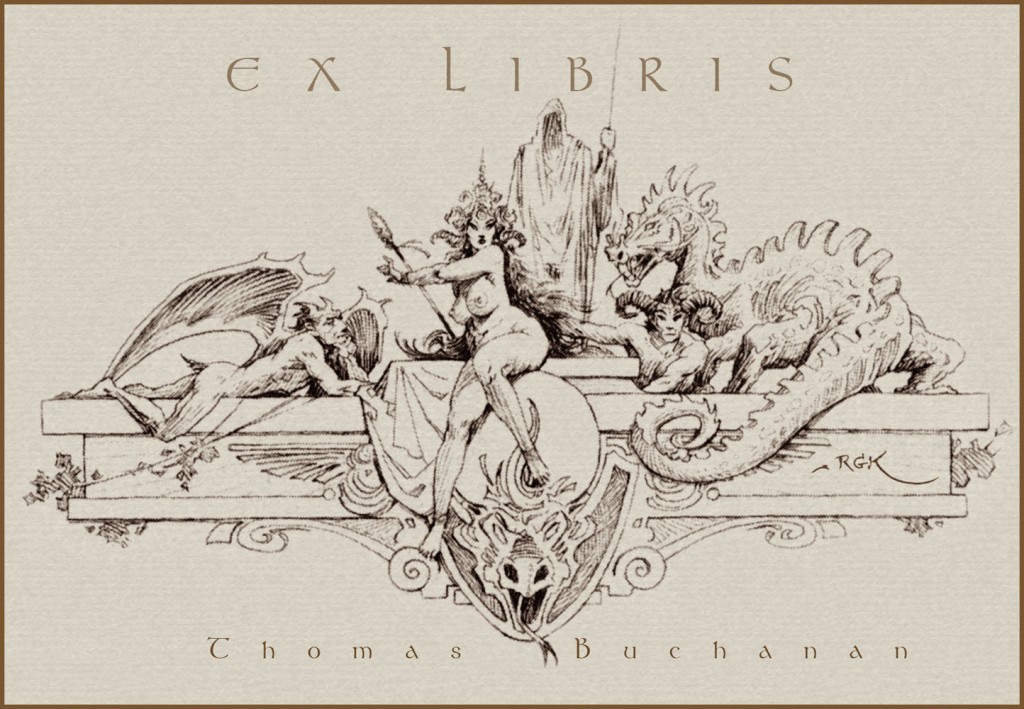 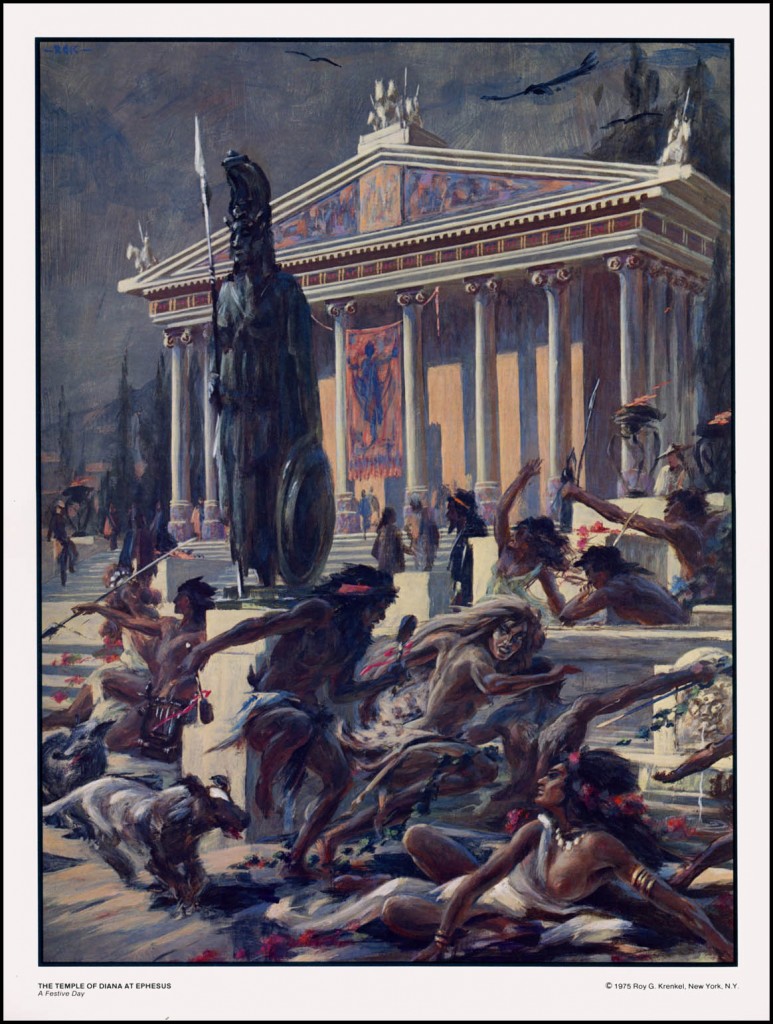 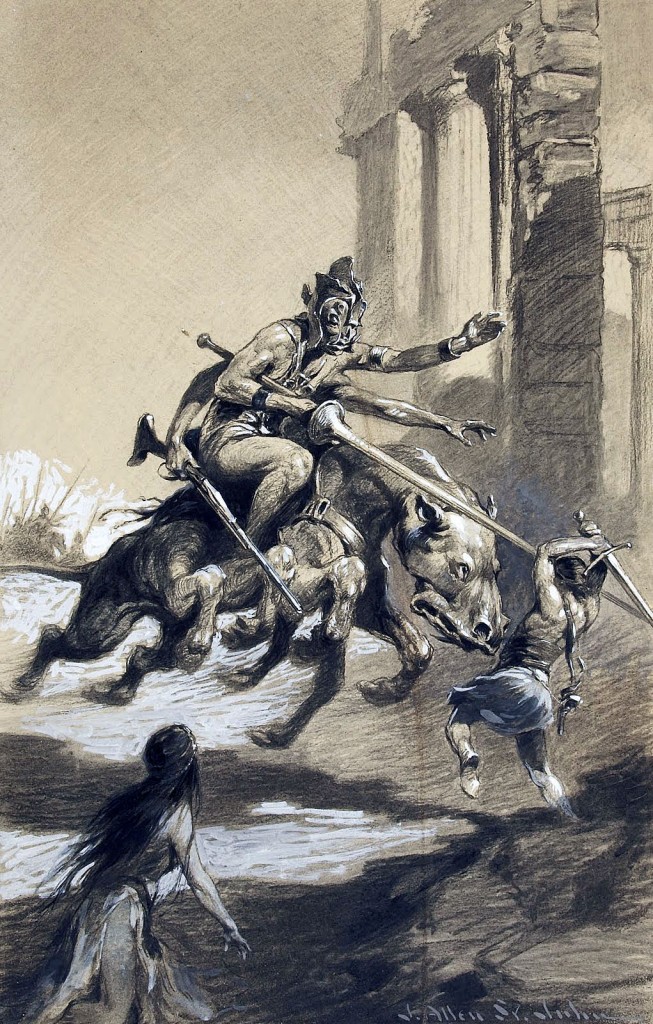 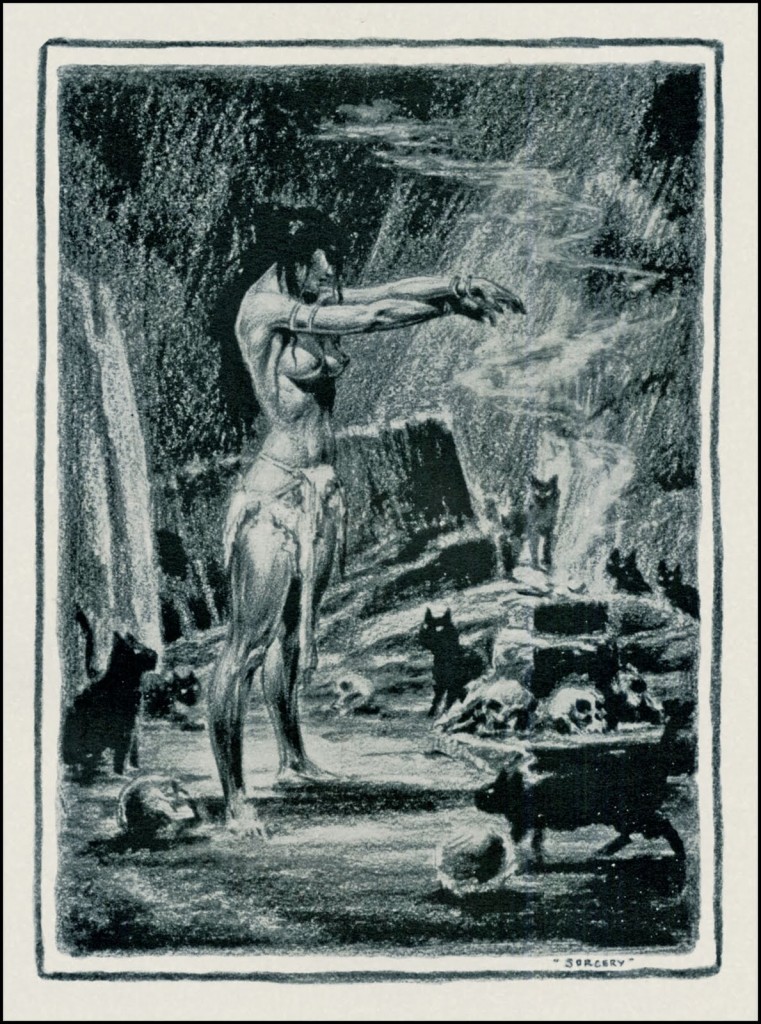 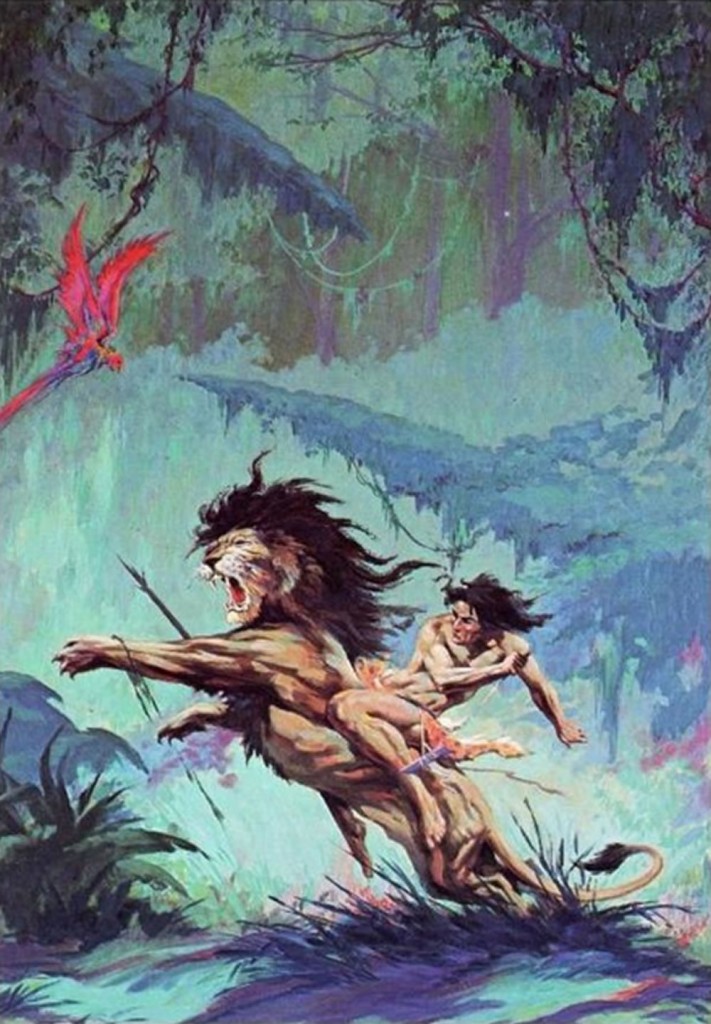 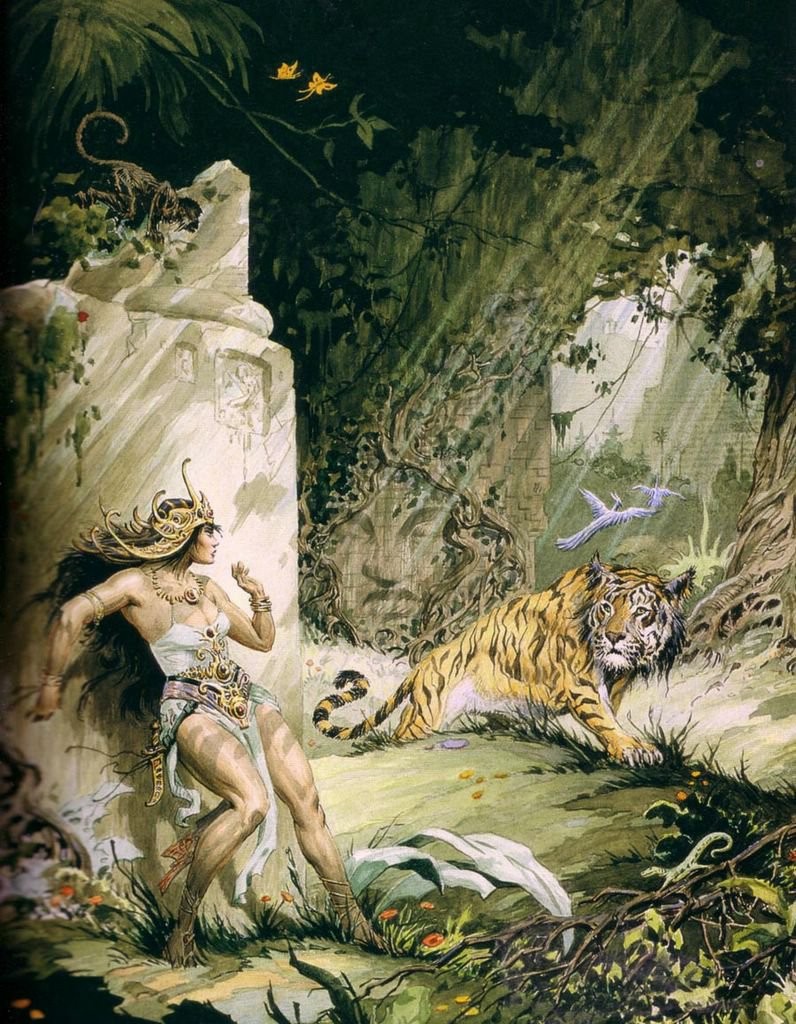 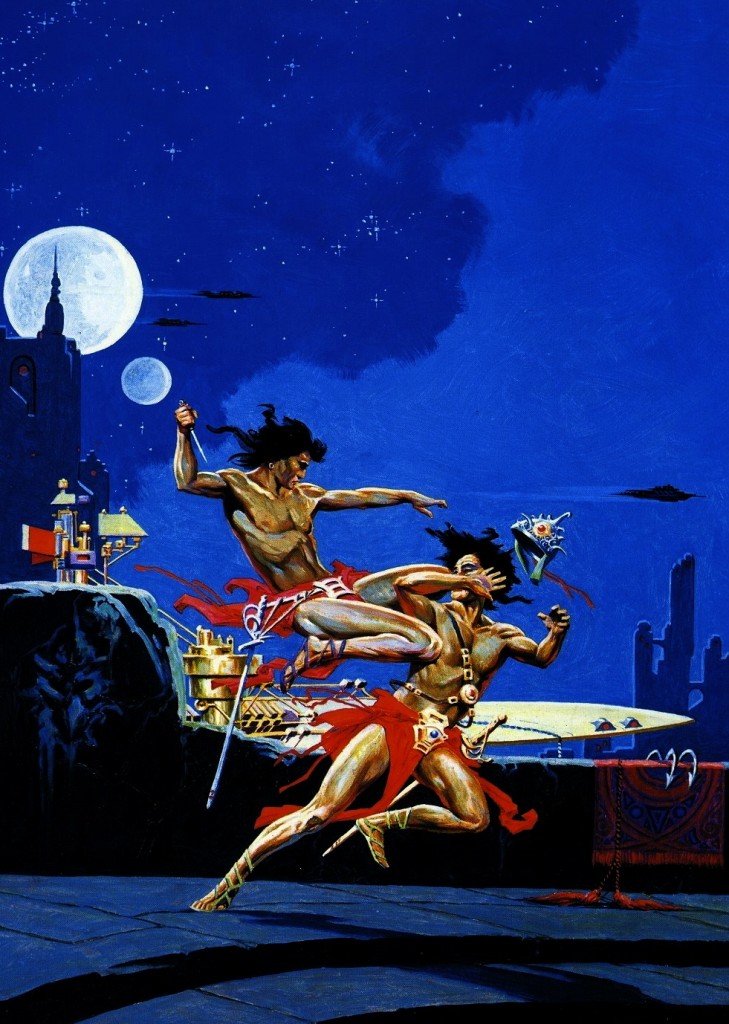 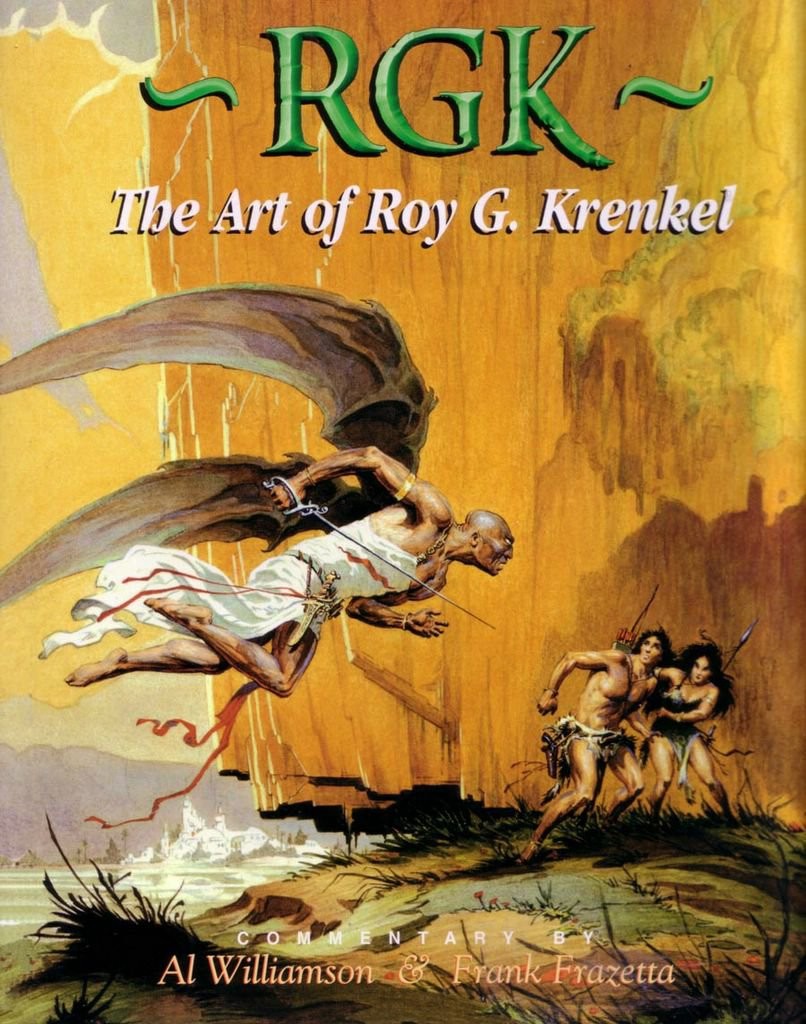