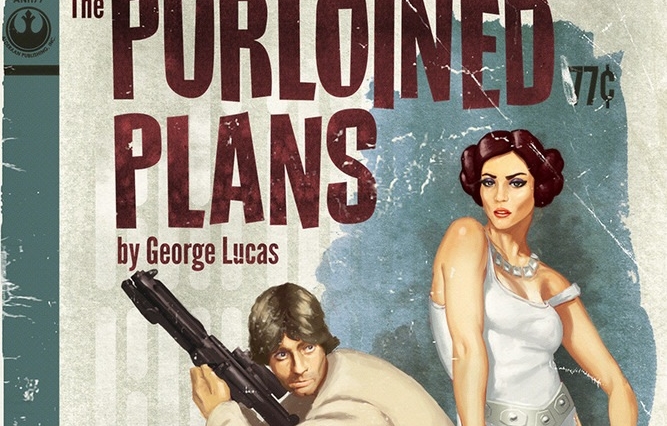 I’m revisiting the topic of Star Wars Art because I finally… FINALLY… was able to see Star Wars: The Force Awakens. My wife and I had been trying to see it since it was released, as our schedules permitted, and each time we tried it was sold out. After two weeks we finally managed to get tickets at our local cinema for an early showing (the 3D showing. The 9:00 show is only in 2D).

Also… it’s Star Wars. This topic will simply not go out of fashion anytime soon.

So what is interesting to me are the pulp origins of Star Wars. When George Lucas came up with the original Star Wars back in 1977 he wasn’t creating in a vacuum. He was drawing from all kinds of sources and, in particular, from the kind of space opera that regularly appeared in science fiction pulp magazines. Magines like Amazing Stories.

So, how does Star Wars, the modern movie franchise, draw from early pulp influences? Well, you certainly don’t have to look very far into the covers of old science fiction magazines to start to see the influences both subtle and obvious. Take an almost random sampling of art from Amazing Stories magazine or Planet Stories magazine and you can find elements that eventually made their way into one or all of the Star Wars films. 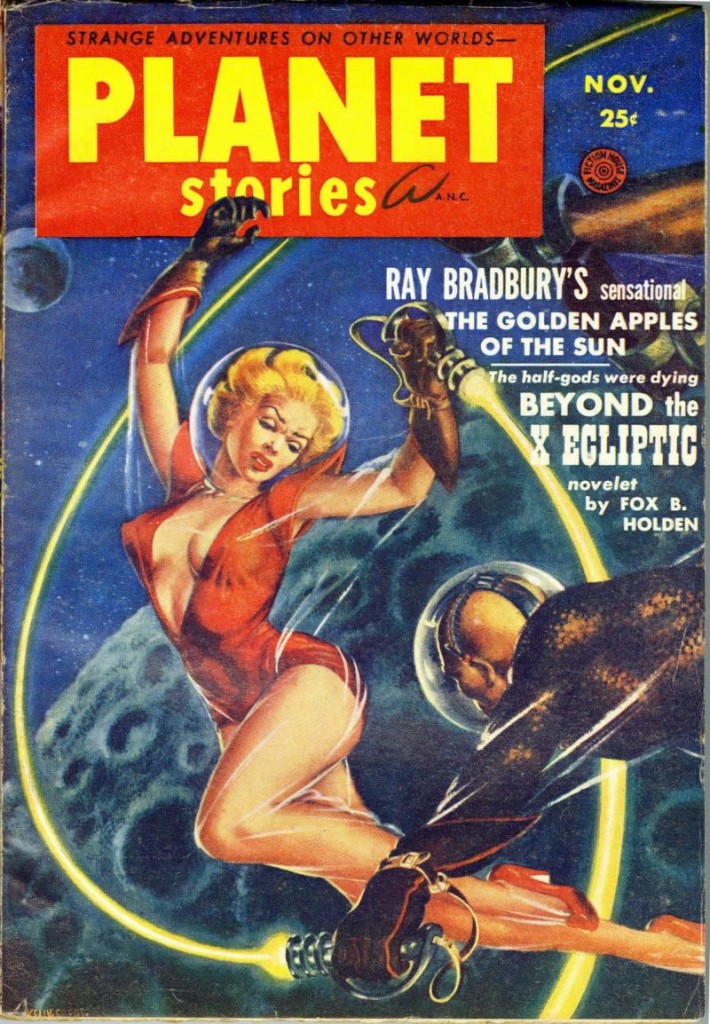 Here are some laser whips that come from Planet Stories from November of 1953 and a cover by Frank Kelly Freas. Perhaps an influence on Star Wars‘ light sabers?

And check this one out: 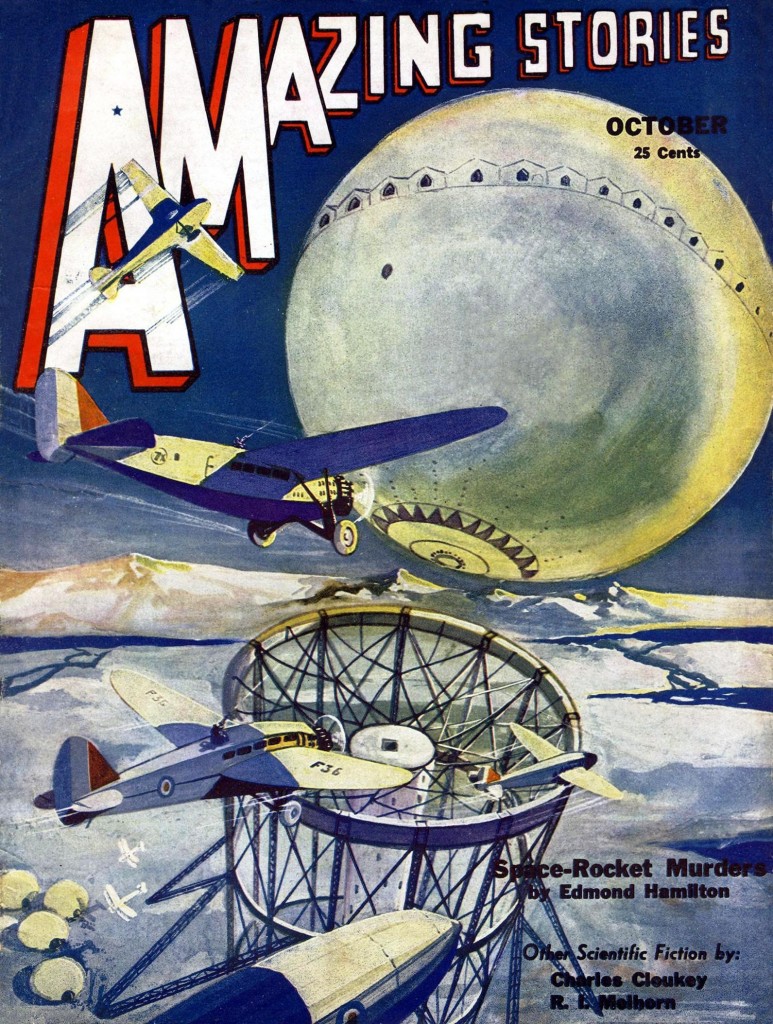 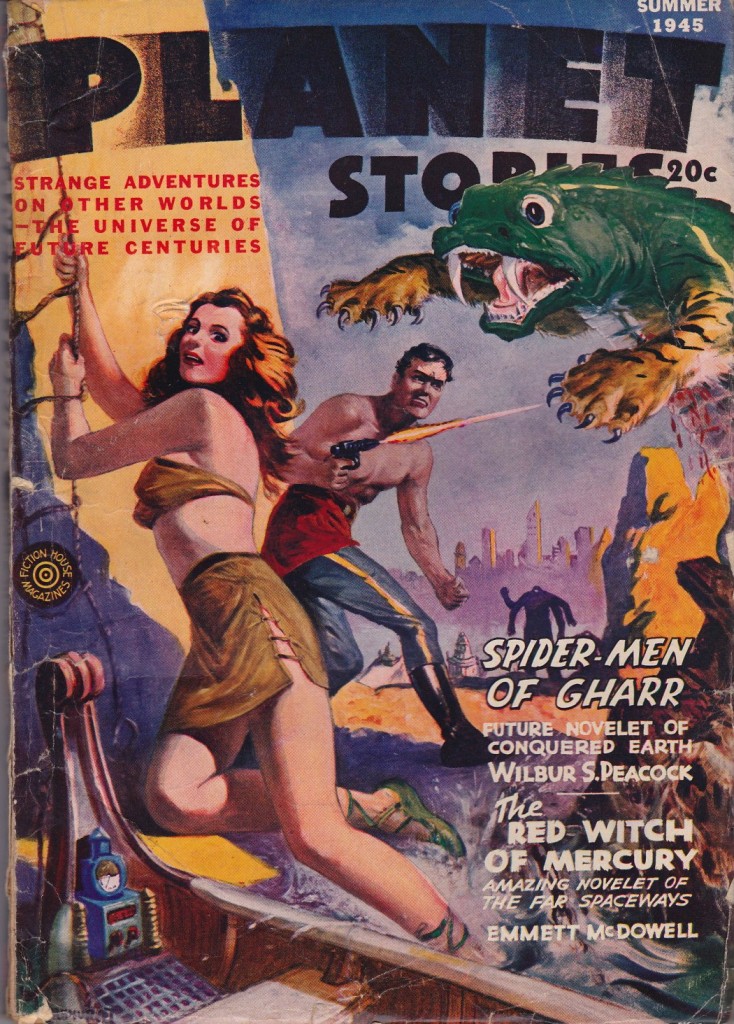 And here’s another Planet Stories cover from 1945. The guy with the blaster doesn’t have a shirt on, but aren’t those Han Solo’s pants? And the woman could almost be slave Leia. 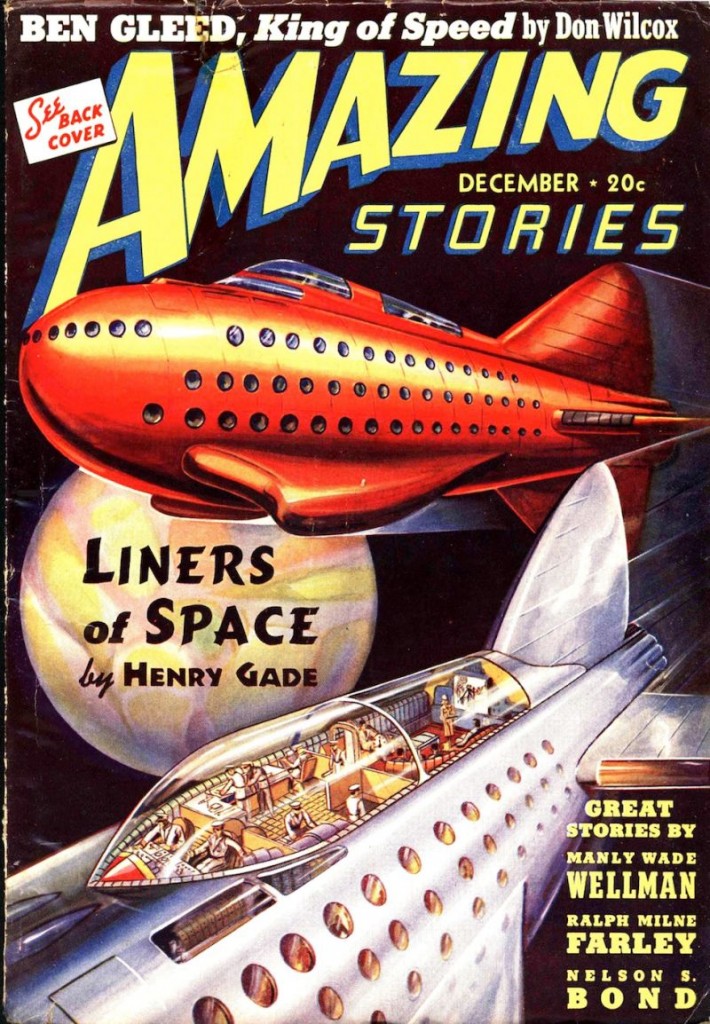 And check out these star liners. Remember the rebel fleet from the end of The Empire Strikes Back? 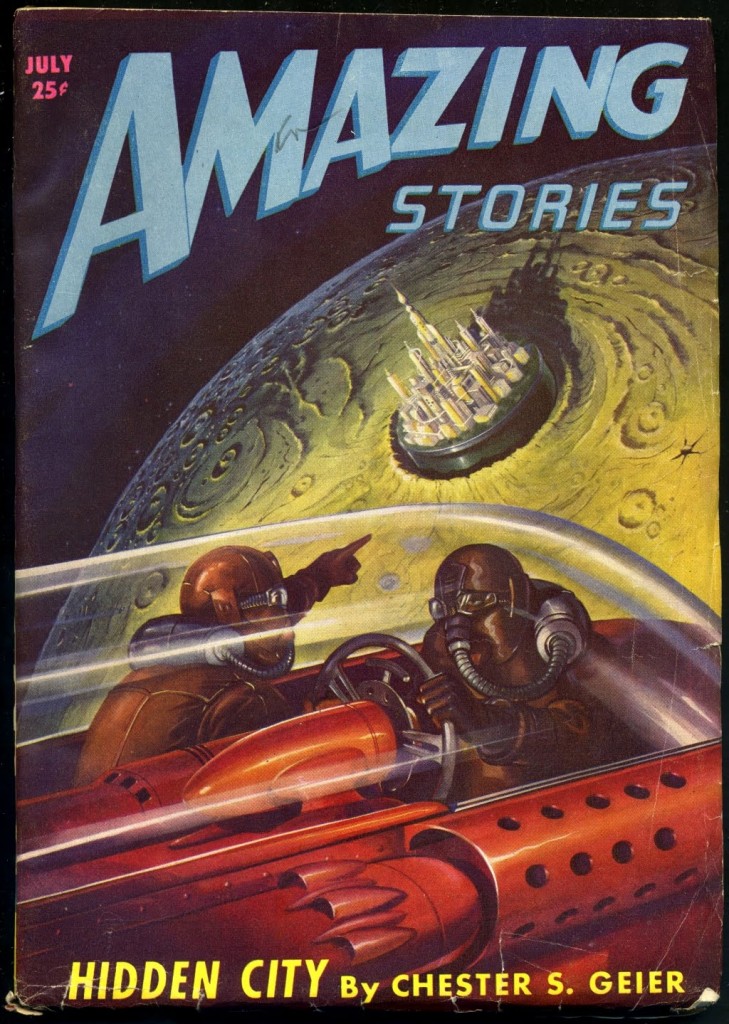 And don’t these guys look like Tie Fighter pilots? 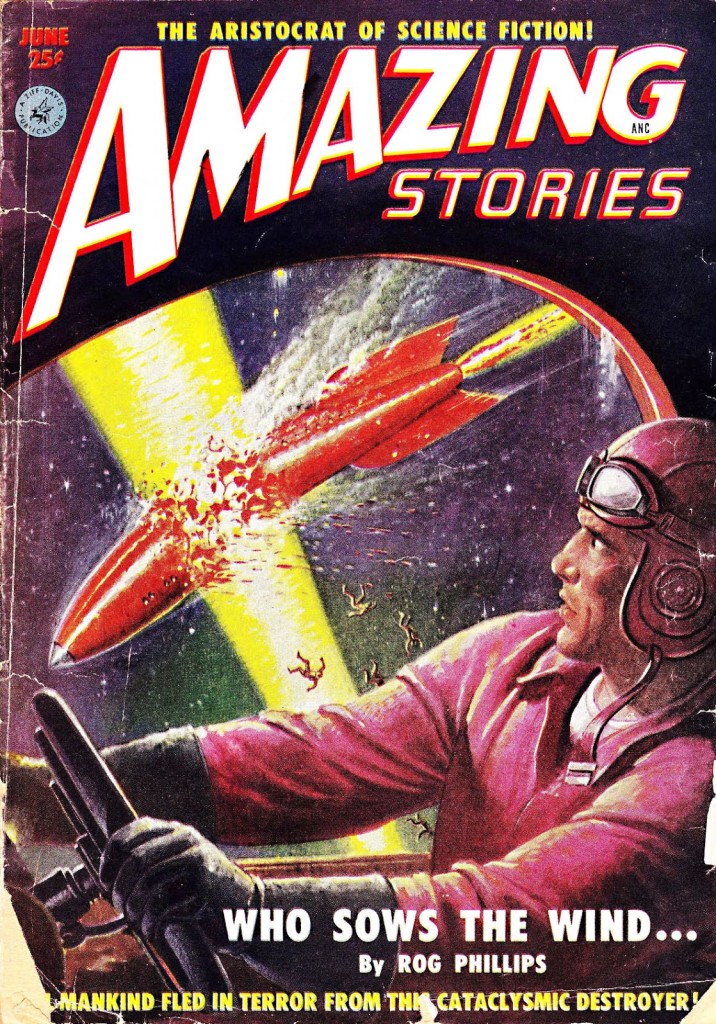 And what about this one? “Biggs!”

The influence on Star Wars from the old pulps is unmistakable and most people can see that quite easily. But it’s also fun when talented artists and designers recognize that fact and have fun with it. Like the series of covers that were done by an artist named Timothy Anderson who re0magined the original trilogy as a series of pulp paperback covers. 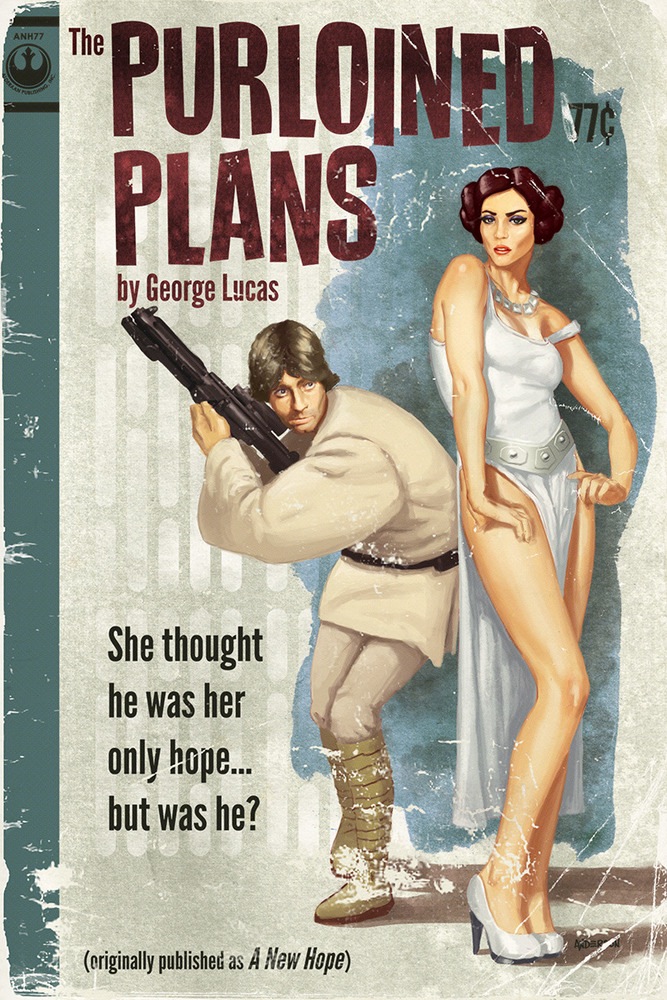 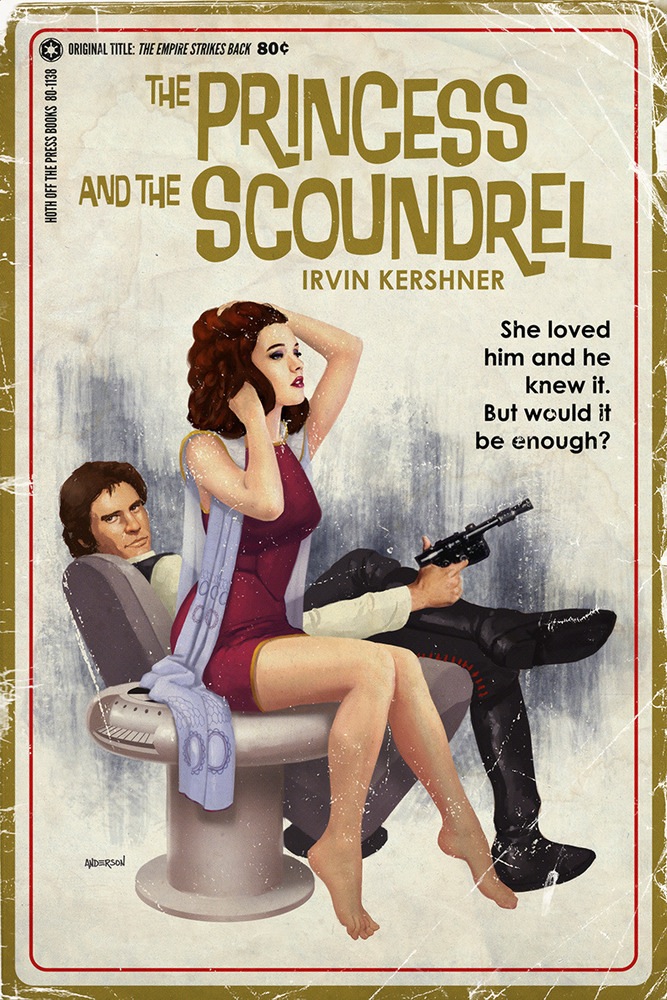 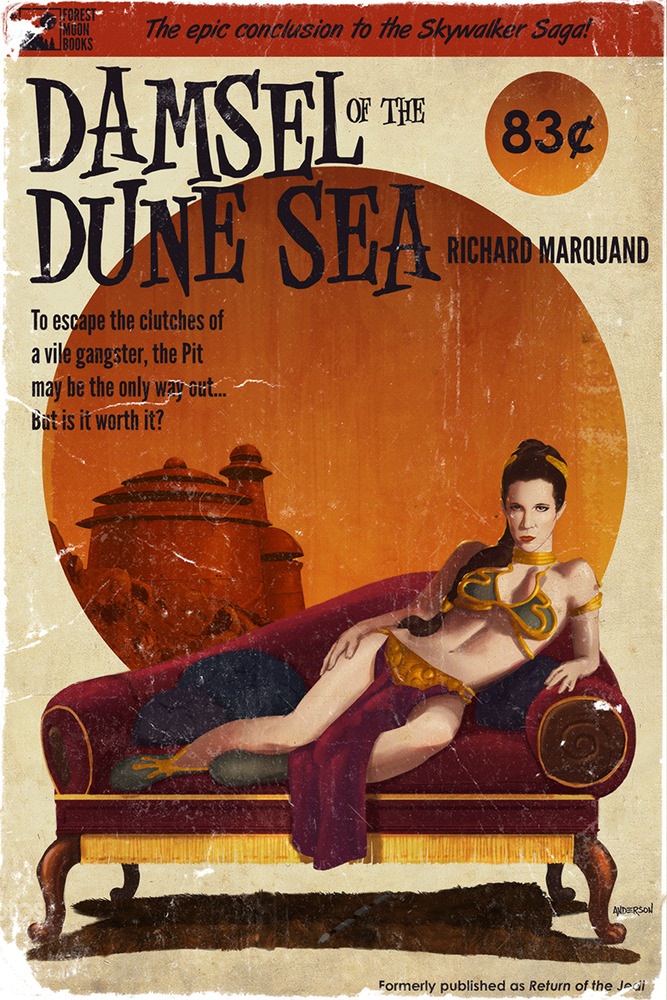 And Here is artist Tony Fleecs with the same treatment: 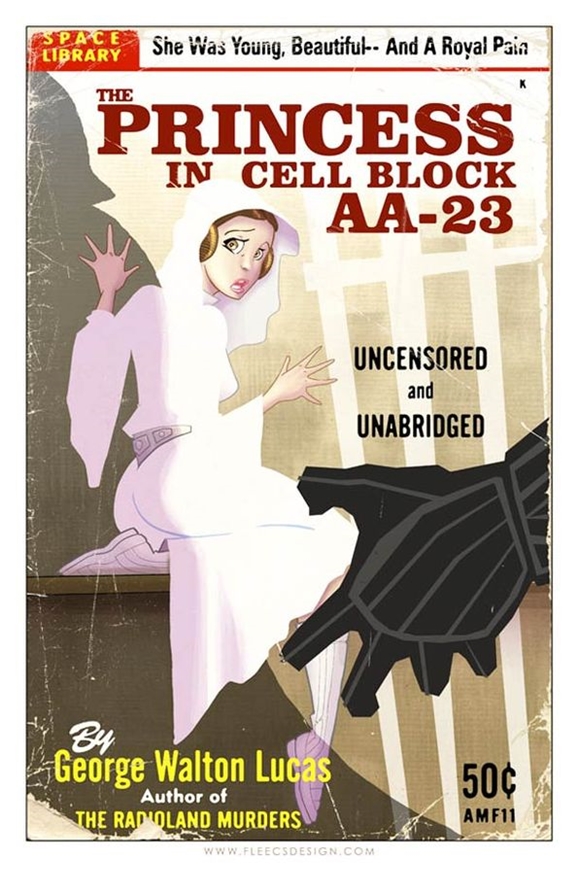 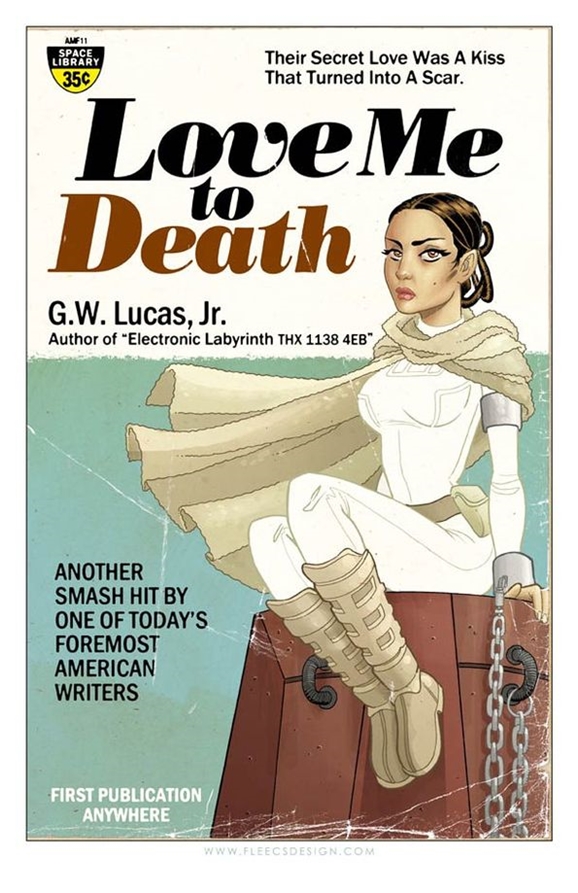 And this is Russel Walks with a similar idea. 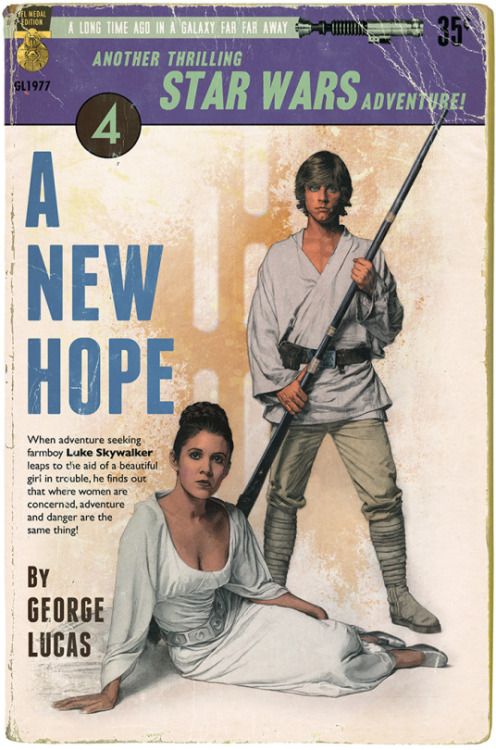 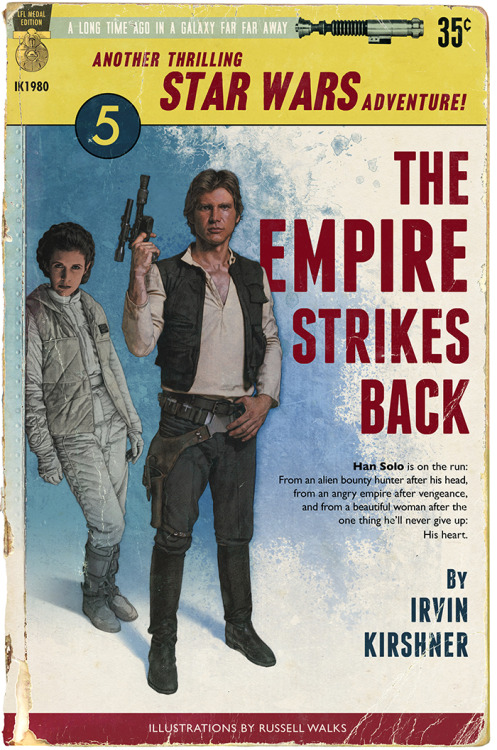 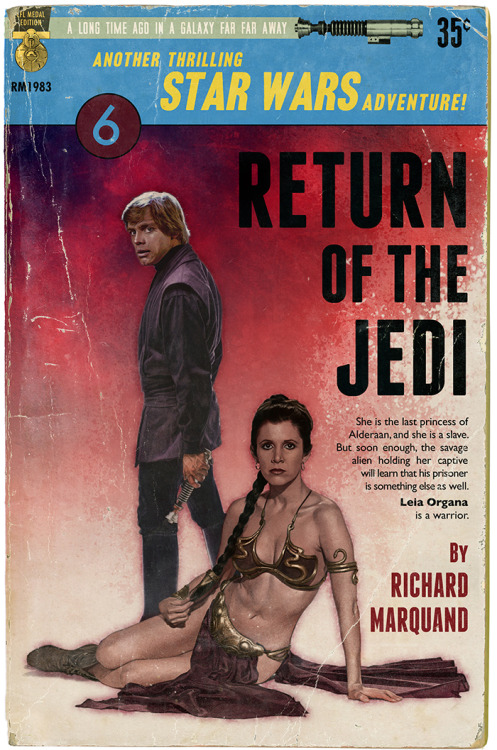 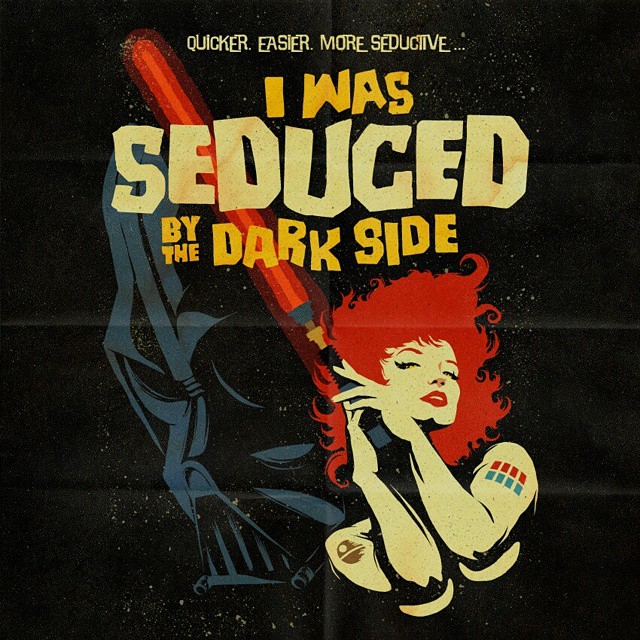 And you don’t even have to work very had to make the connection. You could take any image from any of the Star Wars films, slap an old SF pulp masthead on top of it and it would look like it belonged there. Check this one out. It took twenty minutes: 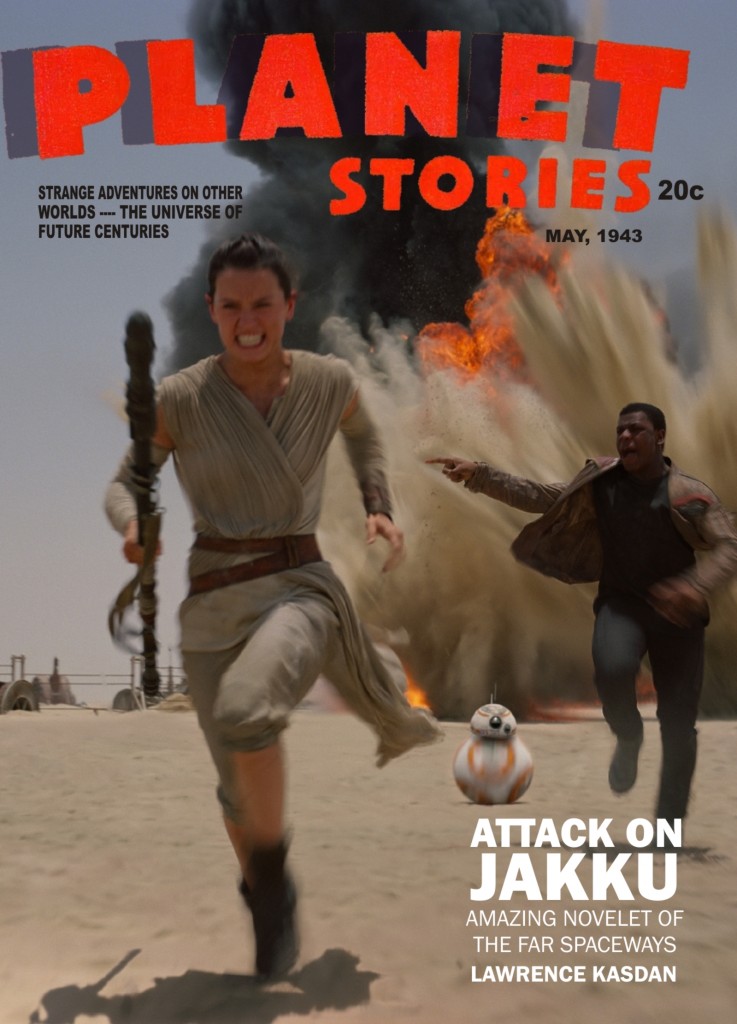 Star Wars readily lends itself to that sort of treatment because that’s where it came from. Lucas’ masterpiece was birthed from the ocean of pulp imagery, so it’s not much of a stretch to relate it back.

There is a ton of Star Wars art out there. Just like the mass of pulps in the decades before it, Star Wars has influenced new generations of artists and likely will for decades to come (if Disney has anything to say about it… and they do in a voice that is loud and clear)

Star Wars is here and it is here to stay. And despite its monolithic grip on the space opera genre, it is encouraging to see that artists and other creative people still manage to have fun with the imagery. As long as that kind of creativity is allowed to continue (and here’s hoping that Disney has the presence of mind not to try to stifle those works) then it will truly be a happier world.