I’m very pleased to see the resurgence in print books and the growth of both indie bookstores and the SF genre (all recently remarked upon in year-end coverage).  That, combined with the relatively new interest in vinyl records (my local bookstore now has a whole new section devoted to vinyl) makes me pine for the olden days.  Despite my love of the future, I still have a small but vocal luddite living somewhere in my head.  He’s the one that says things like “just because we can, doesn’t mean we should”, usually in response to some kid trying to text and walk at the same time who is firmly convinced that humans really can multitask.

Apparently I’m not the only one.  Several thousand vitriolic words were recently hurled at Bill Gates when it was discovered that he not only prefers print books, he doesn’t even own an e-reader.  You go Bill. All due respect to those publishing electronically, but – these here are BOOKS 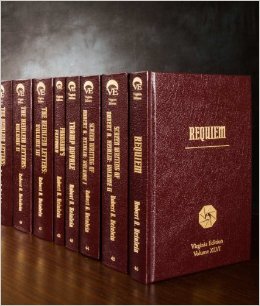 and these are electronic files (A.B. Chandler btw) – 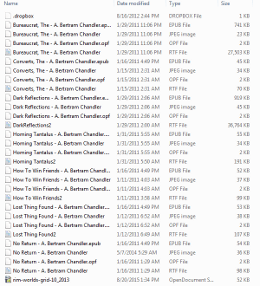 This is a record – 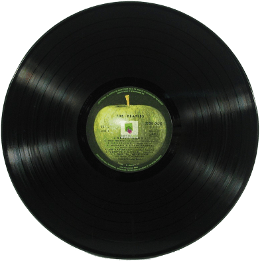 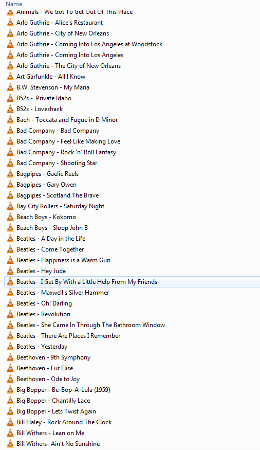 I think it somewhat indicative of the homogenization that’s going on that you can easily tell the book and the record are very different things, while the electronic files pretty much all look the same….

This is what I think every time I hear someone say – the medium is not the message.  And besides, when there were only books and records, we were putting people on the Moon….

Fortunately, if you’d like to yell at the small and vocal luddite in my head, you will shortly have every opportunity to do so, as I have once again been tapped to appear on several panels at this year’s Boskone convention.  It will be taking place this coming February 19 – 21 at the Westin Waterfront Hotel in Boston.   I can’t (yet) reveal the subject matter or the scheduling, but I’ll be there all three days and won’t be hiding in the coat closet.

If you are unfortunately geographically challenged and can’t get to Boston in February, I will also be appearing on panels at this year’s Worldcon – MidAmericonII.  I missed the first BigMac (by a couple of weeks and a handful of dollars) and will not be missing this one.  You’re welcome to come yell at my inner luddite there as well.

Cover Reveal: Exordium of Tears, sequel to The IX