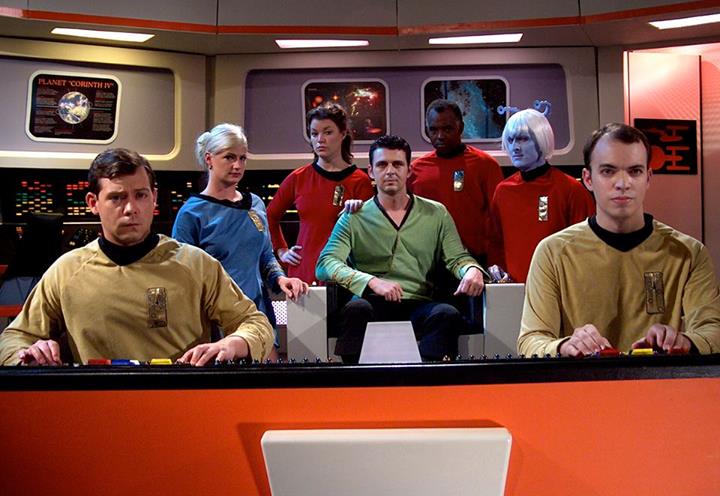 My wife and I recently purchased a big screen smart tv. What makes it so smart is beyond me, but with it we can watch Netflix and Youtube videos. Well, with Youtube videos streaming across my big screen, what else would I watch but Star Trek fan films? I spent an entire Sunday watching fan produced films set in the Star Trek universe.

And that got me thinking. Not about Hollywood or Gene Rodenberry. No.

It got me thinking about Ed Wood Jr. 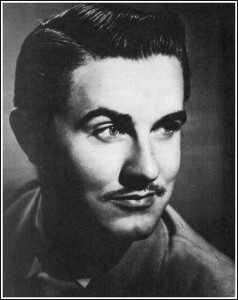 Edward Davis “Ed” Wood, Jr. was an American filmmaker, actor, and author. In the 1950s, Wood made a number of low-budget science fiction, comedy, and horror films. As well as making such classic “So-bad-they’re-good” films as GLEN OR GLENDA and BRIDE OF THE MONSTER, Wood’s most (in)famous production is the now near legendary PLAN 9 FROM OUTER SPACE.

Ed Wood made films in Hollywood completely outside the studio system. At that time the studios were pretty much the only way that most movies ever got made. Ed Wood made movies because he loved the cinema. Sure, he made what has been rightly called “the worst movie ever made” — Plan 9 From Outer Space (which, naturally, you can watch on Youtube… maybe even on your big screen smart tv!)– but that doesn’t matter. 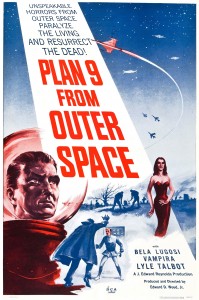 What matters is that Ed Wood did what he loved to do, on his own, completely outside of the massive studio system of Hollywood. Wood was a maverick and a visionary. He idolized Orson Welles. And while he was no Orson Welles, I would wager that over the years more people have likely seen Plan 9 From Outer Space than have seen Citizen Kane or The Magnificent Ambersons.

Today independent producers are a dime a dozen in Hollywood, but Ed Wood’s spirit lives on in the rest of the world. All of us who create something and post it on the internet just because we love to do it, are just like Ed Wood. Anyone who creates a comedy sketch or a music video because they love to do it and posts the results of their efforts on Youtube, they’re Ed Wood.

Anyone who makes a Star Trek fan film, or a fan film based on any of their favorite SF shows or movies and makes them available for download or other methods of distribution, is Ed Wood. 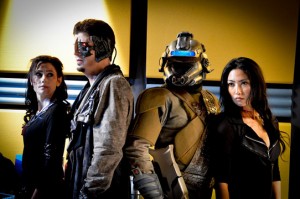 Anyone who creates a comic book or a magazine sheerly for the love of doing it and puts it out there, either with mimeographed copies, or publishing through Lulu, is Ed Wood.

Anyone who starts a blog because they love to write is Ed Wood.

Anyone who does what they love to do, with little or no expectation of remuneration, and puts the results out there either via the web or local cable channel, or photocopies that they sell on the street is Ed Wood.

I’m not saying that these projects are bad. Some are bad. Some are good. Some are excellent and some are better than the “professional” projects. And there are a LOT of them. Just check out www.fanfilms.net if you don’t believe me. The quality of these films ranges from execrable to mind blowingly awesome. But, again, the quality doesn’t really matter.

What really matters is that we are doing something that we love to do. We put our attention and care into the project because we love it., whether it be movies or books or comics or art. When we do this we are Ed Wood.

You know, Wood’s movies are terrible, but they have stood the test of time in a way that neither Ed Wood himself or anyone else could possibly have foreseen.

Any of us who does what we do should be as lucky as Ed Wood.