Where will our children find their inspiration?

Growing up I always knew what I wanted to be: a scientist. I’d travel the world and make amazing discoveries. Most of all, though, I’d share my love of science with the general public and inspire both the young and old. Of course, that all came to a screeching halt when I discovered that I’m not good at math, but thankfully I’m good at history and geography. It’s that sharing of knowledge, and lighting the spark of inspiration, that I’d like to take a minute to talk to you about.

I had a pretty good childhood foundation for my interest in science. I have very fond memories of watching The Magic School Bus, Bill Nye the Science Guy and Beakman’s World. I still keep copies of the original Magic School Bus picture books on my bookshelf, and sometimes I like to flip through them for old time’s sake. In time I found show’s on Animal Planet such as The Jeff Corwin Experience and The Crocodile Hunter. There was even this really cool show about urban legends and folklore called Mostly True Stories: Urban Legends Revealed. That one aired on TLC, in the last few days when it stood for The Learning Channel. 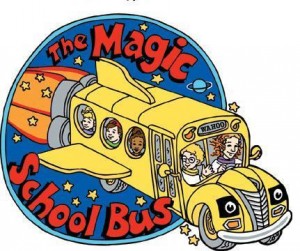 There were plenty of groundbreaking specials over the years. I remember happily munching on a gummy figure of Sylvester the Cat while watching Walking with Dinosaurs for the first time. Nigel Marvin soon became a household name for me as I watch him get Cashed by Dinosaurs and Chased by Sea Monsters. Really, the whole “Walking with…” series has me in Paleonerd Heaven. The National Geographic Channel had it share a great hits as well. There were great shows like Naked Science and Is It Real, and the many great science and history specials it had. Speaking of history, back when The History Channel still primary had shows about history, it had more than a few gems of its own. Some that really sticks out in my mind is Lost Worlds, The Universe and their many specials on various topics.

There are a few speculative fiction documentaries that really stick out in my mind. Dragons: A Fantasy Made Real blew my mind by showing, in a scientifically plausible way, how dragons could have work if they existed. It also helped that I was on a dragon bent thanks to Dragonology, but it’s still an excellent speculative fiction documentary. Then there was The Future is Wild, that wonderful series that speculated about the future evolution of life on Earth. Finally, there were Discovery Channel’s Alien Planet and National Geographic’s Extraterrestrial, both of which showed to forms life could take on alien worlds. 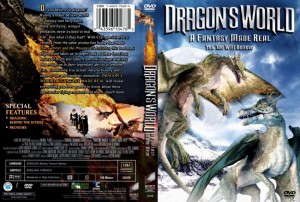 There are a ton of examples that I could have included, but we’d probably be here all day if I did. Suffice it to say that edutainment shows and speculative fiction documentaries played a big role in shaping my love of science and history. However, they also played a considerable role in stoking up my interest in speculative fiction. Watching these shows, and others like them, has given me a wealth of potential story ideas. Hopefully that will all pay off one day.

Alright, this has a lot to do with me, but what’s it got to do with the title of this post? A few years ago, during the final launch of the space shuttle, NPR ran a piece about The Inspiration Gap. The piece asks about what would inspire future generations now that the manned space program has been put on hold. I’d argue this has been a bit of a problem ever since NASA got stuck in a rut with its manned missions, but it is nonetheless a quite valid point. What kid hasn’t looked at space shuttle flights and wanted to take a ride some day? As we wait for manned space flight to get back on its feet, though, how many flames of inspiration will get snuffed out?

Beyond that, what’s the state of science inspiration as a whole? I look around me and I can’t help but feel a bit concerned. Many of the channels of the Discovery Networks family have abandoned their edutainment and documentary series in favor of sensationalism and reality television. Animal Planet focuses on domestic animals and wannabe HGTV series, The History Channel hardly shows any history, National Geographic is beginning to waver and TLC…do I really need to go into that one? We no longer have great specials like Dragons or Walking with Dinosaurs, but instead we have sensationalist shows like Mermaids: The Body Found and Megalodon: The Monster Shark Lives. Then there was the closing of the Discovery Channel Store chain, the brick and mortar one, something that still stings me.

Okay, I admit that maybe this is partially fueled by nostalgia, but the state of television really concerns me. I often wonder how I’d have turned out in the absence of the shows that shaped me. They didn’t just inspire a love for science and history, but they also very much contributed to my love of speculative fiction. Hey, those who love science almost always love science fiction as well. Some of them, such as Space Odyssey: Voyage to the Planets and Race to Mars, are pretty much science fiction just as they are. Speculative documentaries have given me a wealth of story inspiration, and maybe it’ll pay off one of these days. 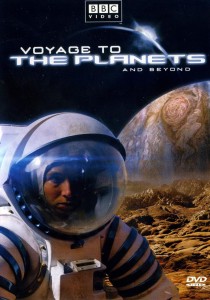 Still, there are some diamonds in the rough. River Monsters with Jeremy Wade hearkens back to the old Animal Planet, the Mythbusters do their part to further science education and so does Neil DeGrasse Tyson. Above all else, PBS stands firm as a bastion of quality shows such as NOVA, American Experience and Nature. I think that NOVA: Science Now was an especially smart move, as was getting Neil DeGrasse Tyson to host it, and hey, the Kratt Bothers are back on PBS Kids. Though it does waver a bit as of late, National Geographic is still reasonably good at putting out quality documentaries and programming.

Perhaps the future won’t be on television at all. We live in an age of children with no memory of life before the Internet. These digital natives are frequently eschewing television in favor of YouTube, Netflix and other digital entertainment sources. If this is the case then perhaps, if we are interested in sparking the fires of inspiration, this where we ought to focus. We’re already beginning to see this with channels such as Crash Course and PBS Digital Studios. LeVar Burton decided to revive The Reading Rainbow as an app and YouTube channel for this very reason. Best of all, in the coming year Scholastic and Netflix will be rebooting The Magic School Bus!

Kickstarter and other crowdfunding sources are making it easier to get independent production off the ground. Again, that’s just what happened with the revived Reading Rainbow. Cable networks ebb and flow, but we’re living in a digital revolution. Maybe that’s what the take away from all of this is. It’s sad to see the curtain fall on cable television edutainment and speculative documentaries, but that doesn’t mean the flame of inspiration will die out. Perhaps it will simply take a new, but no less valid, form in this new world we find ourselves in. Whatever path it takes, I look forward to seeing how it goes.

You know, maybe I shouldn’t have been so cynical. I think the kids are gonna be just fine after all.

Reconciling with Puppies – “…to dream, the impossible dream, to reach the unreachable star….”

This week, Steve reviews the 2015 Horror-humour film “Freaks of Nature” and finds it rather flat, then alerts the media (us!) about a new semi-pro Canadian SF/F e-magazine!