Astronomer’s discover our ‘solar sibling’, a star born at the same time, and out of the same nebula, as our own.

I discovered a rather interesting article in Physics-Astronomy the other day regarding a long lost friend of the solar system. I thought it would be nice to share as the piece relates the discovery of a star that appeared from the same cloud of gas and dust that formed our own Sun.

Of note is the hypothesis that this star – photographed recently for the very first time – might be warm enough to let life evolve. The finding couldn’t have been timelier. Why? For one thing, Neil deGrasse Tyson illustrated in a recent episode of Cosmos that the Sun – along with other stars – were all formed in a gigantic cloud of gas and dust called a nebula. Therefore, there must be quite a number of other “stellar siblings” moving around somewhere fairly near. Obvious isn’t it? BUT, to date none have ever been discovered. 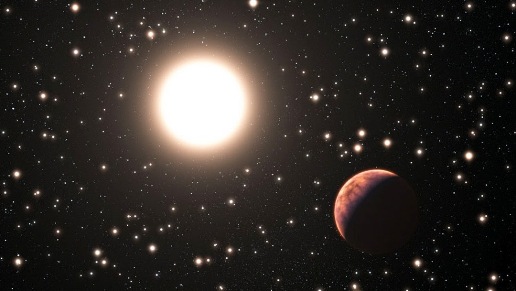 HD 162826, (Not a very friendly name – I know) was recognized to be one of these elusive siblings by Ivan Ramirez and his team at the University of Texas, Austin. If you want to find out how to spot this long-lost brother, you can. It’s positioned close to 110 light-years away in the constellation of Hercules and is about 15% more massive than our own Sun. Sadly, it’s not observable to the naked eye.

However, Ramirez’s team was able to match this star to our own by following up on 30 conceivable contenders. The stargazers used high-resolution spectroscopy to get an enhanced understanding of the chemical make-up of all 30 candidates. They also studied the orbits of these stars, specifically where they have been and where they are moving in their respective tracks about the center of the Milky Way Galaxy. Orbital calculations and chemical analysis narrowed the field of familial possibilities to just one. HD 162826. 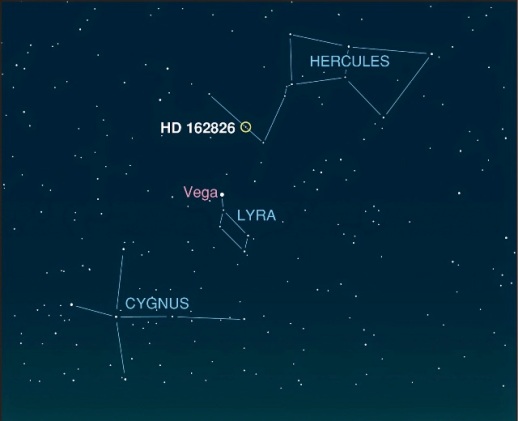 Having been observed and studied for the best part of 15 years now, HD 162826 does not look to have any immense planets circling close to it. Nor does a Jupiter-like body exist at the utmost stretches of its solar system. Regardless, readings to date have not ruled out the possibility of the existence of smaller, earth-sized planets. According to Ivan Ramirez, there is a chance that if they do exist, these ‘brotherly’ hosts could support life.

Ivan Ramirez guesses that when these protostars were developing in their birth group, impacts could have knocked significant substance off their mass, and these remains could have voyaged between solar systems, taking the building blocks of life with them. He concluded, “So it could be argued that solar siblings are key candidates in the search for extraterrestrial life.”

Interesting news indeed, and a reminder of how little we know. For if it has taken us this long to establish only one possible relative amongst the vast ocean of stars inhabiting our galaxy, what other exciting discoveries await to be revealed.

Jules Verne hovers between number two and number three on the list of the most translated books worldwide and I think it’s deserved. He became one of the earliest science fiction writers to make it financially from book sales. He is frequently referred to as the “Father of Science Fiction,” a distinction he shares with H. […]

Prosthetics with Nerf Guns! Next – match your evening wear!

This Week’s Preview Of Fiction In Amazing Stories Magazine

Mindstorm: A Review and Interview with Cindy Koepp

Asteroids! Why Does It Have To Be Asteroids?