In GOTH, Morino is the strangest girl in school – how could she not be, given her obsession with brutal murders? 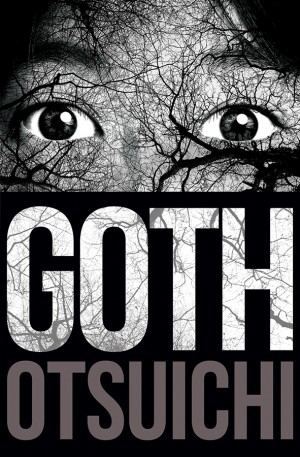 About A Schoolgirl Obsessed With Murder

Returns In Print And Debuts Digitally;

This new edition of the popular novel-in-stories by noted Japanese author, Otsuichi, follows the exploits of two high school students fascinated with death and murder, and will be published in English in a print edition for $14.99 U.S. / $16.99 CAN. An eBook version also will debut on August 18th for $7.99 (U.S. / CAN) for the Amazon Kindle, Apple’s iBooks Store, Barnes & Noble’s Nook Book Store, the Kobo eBooks Store, and the Google Play store.

In GOTH, Morino is the strangest girl in school – how could she not be, given her obsession with brutal murders? And there are plenty of murders to grow obsessed with, as the town in which she lives is a magnet for serial killers. She and her schoolmate will go to any length to investigate the murders, even putting their own bodies on the line. And they don’t want to stop the killers – Morino and her friend simply want to understand them. The new Haikasoru edition features a new, previously untranslated bonus novelette, “Morino’s Souvenir Photo.”

“More than simply a conventional crime thriller, GOTH unflinchingly delves into the dark and twisted recesses of the human psyche—and we’re not just talking about serial killers, but those intrigued by their murders,” says Nick Mamatas, Haikasoru Editor. “GOTH won the Honkaku Mystery Award upon its initial publication in Japan in 2003 and the book went on to inspire a popular manga series as well a live-action film adaptation. Out of print for many years, we’re pleased to bring an updated edition that also includes a special bonus story. Stay cool this summer with a book that’ll give you chills!”

The manga adaption of GOTH, with story by Otsuichi (ZOO, CALLING YOU) and artwork by Kendi Oiwa (WELCOME TO THE N.H.K.), also debuts the same day digitally through VIZManga.com and through the Nook, Kindle, Kobo, comiXology, iBooks and GooglePlay stores. The one-shot manga is available for $4.99 (U.S. / CAN) and is rated ‘M’ for Mature.

Otsuichi who won the 6th annual Jump Short Fiction/Nonfiction Prize when he was only 17 with his debut story “Summer, Fireworks, and My Corpse.” Now recognized as one of the most talented young fantasy/horror writers in Japan, his other English-language works include the short story collections Summer, Fireworks, and My Corpse/Black Fairy Tale, and ZOO (also published by Haikasoru). GOTH won the Honkaku Mystery Award and also was adapted into a feature film starring Rin Takanashi.

For more information on GOTH and the Haikasoru imprint, please visit the dedicated website at www.haikasoru.com.

9th of July 2015 BRAVE NEW WORLDS BY JOHN JOSEPH ADAMS IS AVAILABLE FOR $1.99 ON AMAZON, BARNES & NOBLE, & MORE! From Huxley’s Brave New World, to Orwell’s 1984, to Atwood’s The Handmaid’s Tale, dystopian books have always been an integral part of both science fiction and literature, and have influenced the broader culture […]

The epic journey of Homer’s Odyssey has nothing on this journey!