The Collected Fantasies, Volume 1: The End of the Story by Clark Ashton Smith is now available for $1.99 on amazon, Barnes & Noble, & more! 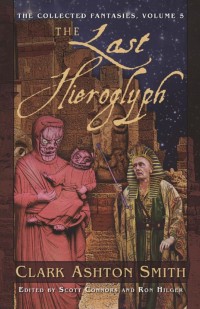 Published in chronological order, with extensive story and bibliographic notes, this series not only provides access to stories that have been out of print for years, but gives them a historical and social context. Series editors Scott Conners and Ronald S. Hilger excavated the still-existing manuscripts, letters and various published versions of the stories, creating a definitive “preferred text” for Smith’s entire body of work. This first volume of the series, brings together 25 of his fantasy stories, written between 1925 and 1930, including such classics as “The Abominations of Yondo,” “The Monster of the Prophecy,” “The Last Incantation” and… read more

The Dragon Never Sleeps by Glen Cook is available for $1.99 on amazon, barnes & noble, and more! 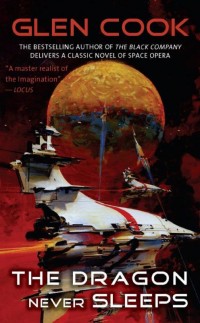 For four thousand years, the Guardships have ruled Canon Spaceimmortal ships with an immortal crew, dealing swiftly and harshly with any mercantile houses or alien races that threaten the status quo.

But now the House Tregesser has an edge: a force from outside Canon Space offers them the resources to throw off Guardship rule. This precipitates an avalanche of unexpected outcomes, including the emergence of Kez Maefele, one of the few remaining generals of the Ku Warrior race-the only race to ever seriously threaten Guardship hegemony. Kez Maefele and a motley group of aliens… read more