Listening to the soundtrack album of Star Trek II: The Wrath of Khan again after the recent death of composer James Horner, something struck me: It is almost impossible for a 21st century viewer to react to that film the way fans did in 1982.

The film is still great. The writing, the plot, the effects, that great score, all seem as impressive as they did back then – perhaps even more so. But the modern viewer will never know the emotional impact of the film’s big event.

I would warn of spoilers at this point, but anyone who doesn’t already know the key story event of Star Trek II could only have found themselves on the Amazing Stories site by some sort of Googling accident. The scene I refer to, of course, is the death of Spock.

Back in 1982, there was every reason to think Spock really was dead. It had been rumoured for a long time. Then it had been reported in the papers. (I think I was well aware what was coming when I went to see the film.) And when Spock saved the Enterprise in a supreme act of self-sacrifice, it was a huge moment in genre history. It was dramatically right – and we felt something huge and permanent had taken place in the Trek universe.

Except, of course, that the change was not so permanent. Even before the film was finished, Paramount had developed cold feet about the idea of killing the character, and had required director Nicholas Meyer to insert some clues that reports of Spock’s death might turn out to have been exaggerated.

Meyer recalled last year, in an interview for StarTrek.com: “Paramount saw the movie … Leonard [Nimoy] saw the movie, and everybody said, ‘Well, gee. Gee. Maybe killing him isn’t such a good idea.’ And at that point, we got into the whole thing about ‘Remember’ and showing his coffin on the planet, and stuff like that. All of which at the time I furiously objected to. I just thought this was so unfair to an audience of people who really care about this sh-t [sic], and then saying, ‘You know, oh, it was just a dry hustle.’ No, I didn’t think that was right. And in retrospect, you know, maybe I was wrong about that.”

It was not long after the release of Wrath of Khan that we learned the next Trek movie would be The Search for Spock. If you had to bring Spock back, Star Trek III at least did it the right way – by turning his revival into a the goal of a dangerous quest that would cost the lead characters their careers as Star Fleet crew. But, cleverly dressed up as it was, it still represented a cheat.

Star Trek III also brought us another shocking and apparently permanent event: the destruction of the Enterprise itself. But just as Spock could be brought back, so could the Enterprise. At the end of Star Trek IV: The Voyage Home, this spacecraft that was said to be obsolete was conveniently replaced by a brand new replica. The Trek franchise had already fooled us once too often, and henceforth every time it tried to tease us with the promise of dramatic change, we could be cautious. What’s more, generations of new fans could no longer be shocked by the events of Wrath of Khan. 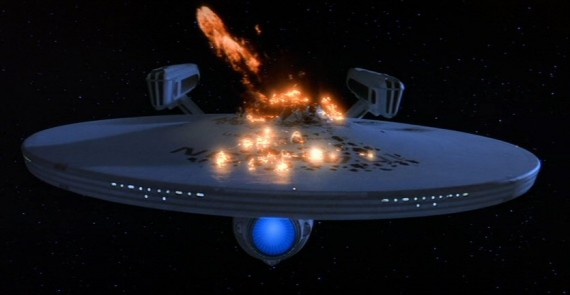 Star Trek was, of course, a television series adapted for films, and there was always a tension between the two forms of storytelling. In traditional episodic TV, our heroes may put their lives on the line, but everything is back to normal at the end of 50 minutes. Film stories, however, are about permanent change.

Robert McKee, in his seminal screenwriting textbook Story, says: “A story must build to a final action beyond which the audience cannot imagine another.” He goes on to say the protagonist should take us to “the end of the line … to reach absolute and irreversible change”. He does add that this doesn’t mean a film can’t have a sequel, but it should find closure for itself. Yet surely if a film series is afraid of making permanent changes to its own premise, it is cheating its audience out of some of the big pleasures of story-telling.

So far, I’ve been griping about a film series of thirty years ago – and a series which, incidentally, I always enjoyed, even when it was playing tricks on the audience. But it seems to me that similar problems afflict the current superhero films, most obviously in the Marvel cinematic universe (MCU).

The Marvel movies and their TV spin-offs were, until recently, plotted with incredible care. Each story had to be consistent with events in other strands of the franchise, yet still make sense for a viewer that was not following everything. That was until Iron Man 3 delivered a big and apparently permanent development which was then completely ignored in Avengers: Age of Ultron. John Sibelink has already deconstructed this astonishing cheat in an article on this site, called ‘False Endings: Continuing Issues in the Marvel Movies’, and notes that another couple of big cheats could be on the way. 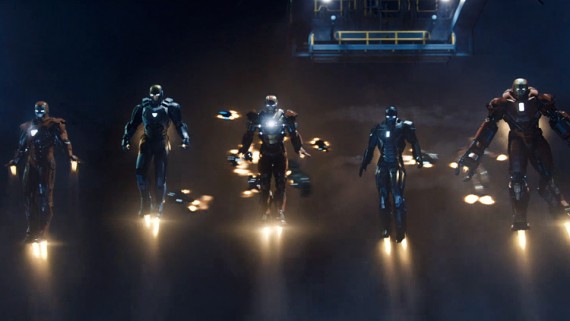 As long as genre films are dominated by franchises — and especially franchises based on valuable comic book characters — these kind of problems are surely going to crop up. Let’s be thankful for film-makers who are not bound by the need to keep open the possibility of sequels.

Franchise, from The Thin Man to James Bond, can be a lot of fun. But the most satisfying films are often the ones which take us to a point where we can see no need for a sequel. To take one of many possible examples from recent times (SPOILER coming, by the way): When Sandra Bullock washed up on that beach in Gravity, no one said to themselves: “Wow. I wonder what sort of fix she’s going to get herself in for Gravity 2.”

The Visionary World of Paul Lehr

In this week’s viewing: Deca-Dence bucks the system, Appare-Ranman! goes all in with the movie references, and more!

Characters: Kvothe from The Name of the Wind