Home Writing All About the Confidence

So, what makes you think you have something to say – or to show, or play?

If you ask me, I think everyone has *something*. Maybe it’s not destined to be an HBO hit series. But it could be a unique keepsake that your friends will always giggle over, or an heirloom that your family will pass around for years to come. Creative ideas and projects come in all shapes and scopes and sizes.

I, like many other creative types, have had many moments over the years when I have asked myself, “what the hell am I doing,” and “is this good or is this crap?” I don’t think I know a single creative type who hasn’t experienced this at some point, even when they’ve been doing their thing for years, and with success. 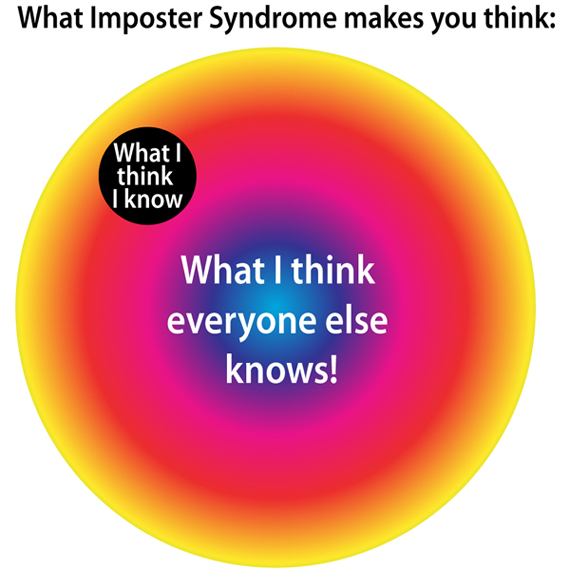 That brilliant idea you had can start to look like a bad photocopy of a stick figure drawn by a 3-year-old, or suddenly sound like a total rip off of Goldilocks and the Three Bears. The ugly inner critic can rise up and destroy all sorts of progress, particularly on long and large projects that require a lot of refueling. Maybe you’ve pulled off some great things, and you wonder if you’ll ever do that again, if you can ever top yourself. You may even imagine your fan base (if you have one yet) or critics wondering those things for you.

Heck, they may actually be wondering those things for you, aloud and online. What’s got two thumbs and an opinion? The entire freaking internet, in all its unfiltered glory.

So how the hell do you tune all that out and get the work done?

Practice. Meditation. Affirmations, maybe. But practice more than anything else. I’ve had to fend off creative insecurity for, jeez, over three decades off and on, and only recently have I started to feel like I’m pretty good at it.

It takes will-power and mindfulness to turn the volume down on clamoring critics both real and imagined. And that sort of stuff comes easier with practice. What do you practice? Whatever works best for you, whatever makes you forget the baloney, forget your ego, and lose yourself in the work again.

For some, that’s people – friends, colleagues, mentors – a network or even a village to build some scaffolding for the nerves and courage. For some, it’s personal techniques, some activities or a sort of system or ritual. For most, I’d imagine it’s a combination.

When it comes to the visual art, I have a few friends who, over the course of twenty years or so, grew accustomed to me calling with the occasional crisis of confidence. I am happy to say that I don’t do that nearly as often as I used to, and I’m sure everyone’s happy that the phone calls are much less stressful. For my writing, I have my beta readers, written feedback from them I can read over and over again (the good parts), and a few professional writer friends who can help me push the right buttons and get rolling again. Another set of eyes on the particular thing that’s tripped you up.

It’s crucial for some people to have someone who knows what they’re talking about to talk them out of dumping their entire body of work into the bonfire. And for the record – no, I’ve never gone nearly that far. My crises have never been that destructive. But I have shelved projects for weeks or even months, until I felt either I could tackle them again, or I’d come around to thinking they were worth doing again. Sometimes the best idea in the world feels like dried up cat barf, and sometimes you think it’s a brilliant idea but there’s no way little ol’ you could ever do it justice.

Here’s one of my favorite songs about this sort of stuff:  https://www.youtube.com/watch?v=IRrn4ucqCDs

There’s probably better videos of it on YouTube, but if I don’t stop now, I could spend all morning combing through all the versions and dancing around my office/ studio. For those who don’t like ska/ ska-core, here’s the lyrics.

After many years of work, I think I beat the inner fusser with the development of a more professional attitude more than anything else. I sit down and I work. If I don’t feel like working, I still work. If I had a day job, as I have had in the past in a few different flavors, I’d still have to punch the clock and put in the time, barring, say, the flu or a death in the family. So, unless I can truly, legitimately justify “calling in sick,” I put in the time. More often than not, once I start to go through the motions, the motions start to go through me.

Ok, sure, sometimes I take a walk first. Sometimes I do a sink full of dishes, or a bit of chores or errands to clear my head. Make some tea or coffee, munch on some super dark chocolate. A good shower can really get the creative whatnot moving again. Sometimes stepping back and looking at the work from a different perspective helps. But just like a day job where you can only hang around the water cooler for so long before someone starts to notice, at some point you have to sit down and actually do something. Treat it like a job. Remove your ego from the equation. Do the dang work. 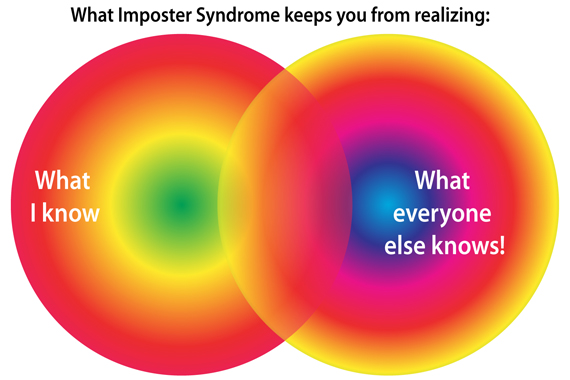 I also have a few suggestions to coax the ego into feeling better, some of these can get me rolling again:

Similarly for my visual art:
• Looking at some of my better pieces, especially if I’ve done something similar to what I’m trying to do.
• Looking at other artists that inspires me.
• Looking at some not-very-talented but financially successful artists to get me mad & moving again.
• Good feedback or reviews.

Oh, and music. High-energy music. That song above is just one of a slew of songs that help me forget the bull and get some work done. Let me know if you have any, I’m always looking for more!

If none of that works for you then try remembering this:

That idea chose you. It chose you for a reason. So get it out of your head. If it’s beyond your actual skill-set and talents, then get learning or partner with someone who can fill it out. Yes, that might all be easier said than done, but that idea will shrivel up and die if you don’t do something about it. Maybe it’ll go off and find someone else to follow through and squish it out of their head, or maybe it’ll stay in your head and haunt your quiet moments for the rest of your life.

Either way, I don’t think you’ll be happier for it. So get to work, already!