Suyperhero films: Marvel succeeds, DC fails. Could the difference be one of character?

If you are a comic book fan that’s all that I have to say. There are two brands of comic books and each brand has a unique flavor, a unique style that may not be readily apparent to the casual comic book reader but to the comic book aficionado, the difference is clear. Although one brand is not necessarily better than the other and liking one does not preclude liking another. As with everything, the difference comes down to taste.

Until it comes to making movies out of them. 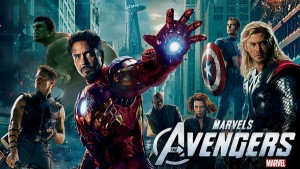 Movies based on DC comics characters don’t seem to be doing nearly as well as movies based on Marvel Comic’s characters. Most people agree on that. For one thing Marvel has many more of them and seem to have a plan to release more and more of them right through to 2020. And they have been wildly successful. THE AVENGERS. CAPTAIN AMERICA, the IRON MAN franchise (even the oft derided IRON MAN 3 brought in a respectable amount at the box office), all have made a huge profit in Hollywood.

The DC comics characters… not so much. Apart from the successful string of BATMAN movies other DC characters have had a hard time making the transition and those who have don’t seem to strike a chord with comic book fans. MAN OF STEEL, Zack Snyder’s take on Superman, although successful enough at the box office to warrant an even bigger budgeted sequel, left audiences feeling ambivalent about the main super character. 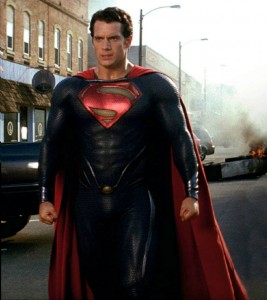 Could it be as simple as the main character’s level of likability?

Think about it. Superman as depicted in MAN OF STEEL was a bit of a mope. He was quiet and moody and prone to temper tantrums… like when he destroyed a truck driver’s truck — his livelihood — simply because the truck driver was an asshole. That’s a real jerk thing to do.

That’s not something that Christopher Reeve’s Superman would have done. His take on the character (at least in the first two movies) has been held up as the pinnacle of cinematic depictions of Superman. Now I hear some of you arguing; “What about the truck driver Chris Reeve’s Superman beat up at the end of SUPERMAN 2? How was that different?” Well, that truck driver beat up a helpless, defenseless Clark Kent after he had lost his powers. The truck driver was a mindless bully and Superman needed to teach him a lesson. When Superman had his powers back he confronted the trucker as Clarke Kent. With Superman’s powers he could have landed the trucker in hospital. He could have torn him to pieces. But he didn’t. He confronted him directly and very gently (for Superman) taught him a lesson about the perils of being a bully.

The scene was comical, slapstick even, and it made a point about Superman… he shows restraint. He only uses his powers when it is needed and he uses them carefully and deliberately. Henry Cavil’s Clarke Kent destroying the trucker’s rig when no one is looking and then leaving… not sticking around to face the consequences or to mitigate any of the damage that he caused, was cowardly. It was the act of a capricious child.

So was actively participating in the destruction of Metropolis just so that he wouldn’t have to kill some folks from the old country … planet… whatever. Chris Reeve wouldn’t have done that. When he fought with the three villains from the Phantom Zone he was pained — you could see it clearly on his face, in his voice – when they threatened regular people on the street. We liked him for that. We liked a Superman who cared about the innocent bystanders. Not the one who let them die, not the one who actively participated in the terrible carnage and resultant casualties. 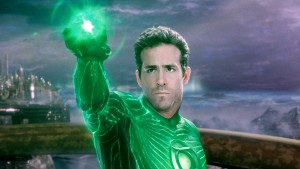 And GREEN LANTERN? I’m sorry, but Ryan Reynolds’ take on Hal Jordan was that he was a jerk. He was an arrogant dick with absolutely no really likable traits.

The Marvel movies on the other hand have main characters who are likable. We like Thor. We like Steve Rogers. He’s a good guy. We even like Tony Stark for all his douche-bag behavior. When an alien horde invaded New York, there was destruction and chaos but you never got the sense that the characters of the Avengers didn’t care. You could see them trying to minimize damage, to mitigate the chaos. You could see that the collateral damage caused by the fight was always on their minds. We liked them for that.

We like Wolverine, despite his being a sociopath loner with a bad temper. We like the rest of the X-MEN too.

And ANT-MAN, in review after review, does not fail to mention how likable Paul Rudd’s take on the main character is. 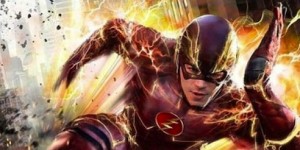 Could it be as simple as that?

Maybe that’s why the TV version of THE FLASH is the only DC property that seems to get any grudging respect because viewers like Barry Allen. Oliver Queen in ARROW seems to have folks split down the middle but it has lasted as long as it has on TV mainly because of the main characters. It has to, though. That is the nature of television. Your main character has to be somewhat likable otherwise why would viewers want to spend time with him?

Yeah… it’s not looking good, is it?

THIS IS THE END: GWC Closes Tonight at MIdnight – and So Do the Hugo Awards

We’ve been having some pretty wild weather here in the Wairarapa lately, which meant that I’ve been sitting without power for over 24 hours earlier this week. While sitting around waiting for the contractors from the power company to turn up and put me back on the grid, I’ve managed to read myself through a substantial chunk of Stieg Larsson’s “Millenium” trilogy*: finally! I should say!

In this week’s viewing: Re: ZERO and The Lost Village fling confusing clues in all directions, and more!