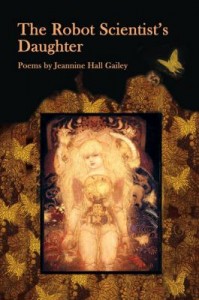 Jeannine Hall Gailey’s latest offering is a very autobiographical work rather than one which is strictly science fictional, but if you didn’t know that many of the events actually happened to the author you wouldn’t necessarily guess it. There are many first person narrative poems, in which a semi-fictional character tells of the charms and perils of her childhood and others, which in a more detached fashion tell more about the perils as they happened but also often in a fictionalized way.

Gailey grew up within spitting distance of Oak Ridge, TN of Oak Ridge National Laboratory (ORNL) fame. Her father was a professor at the University of Tennessee and consulted on the use of robots in nuclear waste clean-up at ORNL. Many of the poems describe events when she was a child and have a suitable child-like lack of grounding in full reality. Which isn’t to imply that things didn’t go down just as she describes, ut rather her experience of them reflects a certain surreality typical of childhood.

Most of these poems show the reader what a 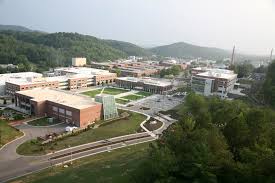 bizarre, charmed, dangerous and beautiful childhood she had. They are at turns full of gorgeous imagery of childhood wonder and discovery, as well as dangers and calamity she faced on a daily basis. Gailey says, “This book is my attempt to (…) create a fairy tale from my autobiography. (It) is mainly in my own voice, and the composite character “The Robot Scientist’s Daughter” is very much a sci-fi version of myself.”

How Not to Be a Robot Scientist’s Daughter:

She wanted to imitate the mockingbird, learned to whistle

for mourning doves. She hid in the honeysuckle

and crept up quietly on foxes and even sometimes

– “The Robot Scientist’s Daughter [Before]”

The hum of the lawn mower grows louder

in the afternoon. My father puts me on his lap

and lets me drive it. Sometimes when my parents

aren’t watching  I eat the grass too,

It began with eating grass. Later, she grew welts

where she used soap…

her skin puckers and reddens when she does her hair

or cleans the sink.

A fair percentage of the poems are entitled “The Robot Scientist’s Daughter” with a word or two in brackets to differentiate them: [morbid], [medical wonder], [in films], or [escape]. The rest are a mixture of autobiographical and/or narrative poems and science poems. Some are riffs off a headline or news item such as “Hot Wasp Nest”:

Despite the occasional romp in the sun the overwhelming tone of Gailey’s poetry is dark and brooding – I feel like she is working things out here and doing it very courageously. There is a distinct sense of impending doom. As wonderful as her childhood in Tennessee was and as much as it still feels like her real home, it is a love filled with bitterness and resentment toward what it has done to her – she suffers a myriad of health problems now – through her childhood exposure to the radiation prevalent in the area. Gailey did extensive research on the effects of the radiation on the people who lived near ORNL; on the the policies (or lack thereof) of the ORNL in relation to radiation; the attitudes of the people affected (i.e. the employees and the townspeople), of those in charge of ORNL and of the government.

The Robot Scientist’s Daughter [ghost in the machine]:

It’s a pretty damning exposition, to be truthful, and horrifies me anew that “we humans” could have been so ignorant, stupid and in blatant denial for so long about the effects of radiation on the body and the world around us.

What this book doesn’t do, however, is show what we learned from ORNL and places like it. On the contrary she states her position in the foreword and by virtue of association, by placing poems about Fukushima within this volume, she seems to be making a blanket statement about all things nuclear and the evils thereof. And it is here that I have to make a disclaimer that I am perhaps not the most sympathetic reviewer of this work: My husband is a nuclear engineer who has made nuclear safety (as it pertains to nuclear power) his life’s work. He is very passionate about it and that nuclear power has an important role to play in today’s society and I have become a convert to his way of thinking, which stems from his extensive knowledge and awareness of its effects and risks. Fukushima is not even in the same sport as ORNL, not to mention the same league. So let’s suffice it to say that I simply disagree with her extrapolation into the present.

Regardless and despite that, I feel Gailey’s poetry here is powerful and brave, sad and angering, full of whimsy and horror. Her poetic voice is clearer than ever in this volume and it is a fascinating examination by an insider of a place and of events we’ve all heard rumors or read about.

If you like the science-y subject matter of nuclear research, robots, chemistry, biology, and history, with a tone of personal experience, you will enjoy this collection immensely. Highly recommended.